Born in west Cork in 1913, Aidan MacCarthy graduated in medicine from University College Cork before travelling to London in 1938 in search of adventure – a year before Britain declared war on Nazi Germany.

He joined the RAF on the first day of the conflict before being captured by the Japanese in 1944 and forced to work as a slave for Mitsubishi.

The intrepid Irishman was evacuated from the beaches of Dunkirk in May 1940 and was in Nagasaki when the atomic bomb was dropped on the city in August 1945.

The facility set to be named in Dr MacCarthy’s honour is located at RAF Honington in Suffolk, where in May 1941 the then 28-year-old rescued the crew of a crashed RAF bomber.

He was later awarded the George Medal for bravery after entering the burning plane and dragging the crew to safety. 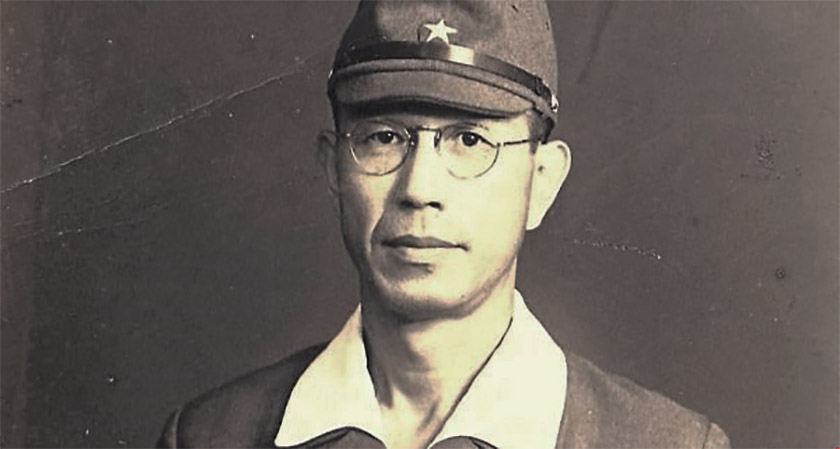 Dr MacCarthy’s daughters Nicola and Adrienne will attend the ceremony accompanied by Bob Jackson, the author of A Doctor’s Sword – the bestseller which has reignited interest in the Irishman’s exceptional life.

The medical centre which will bear his name will be decorated with photographs and display boards as a memorial to his incredible World War II story.

Despite enduring four years of starvation, disease, slave labour and beatings as a prisoner of the Japanese, Dr MacCarthy still retained his humanity, forgiving his captors and assisting in the relief effort following the atomic bomb attack.

When Japan surrendered on August 15, 1945, he saved his Japanese POW camp commandant from being executed by fellow POWs intent on revenge.

The commandant was so taken by Dr MacCarthy’s mercifulness that he gifted the Irishman the highest honour possible – his ancestral samurai sword.

Nicola and Adrienne will bring this sword from their home in Castletownbere in Co. Cork to RAF Honington for the naming ceremony on Thursday, July 20.