Rangers footballer Graham Dorrans ‘bottled’ while on holiday in Ibiza

RANGERS star Graham Dorrans was allegedly ‘bottled’ during a night out in Ibiza.

A video emerged on social media showing the 32-year-old on a stretcher receiving medical treatment while holding his head - sounds like an average weekend for a footballer right?

Sadly though, it wasn’t a stray elbow or a late tackle that felled the midfielder, it was a glass bottle.

Following the incident outside The Highlander Bar last night, Dorrans was taken to hospital for further treatment.

The Scotsman, who joined Rangers in 2017, was enjoying a holiday in Spain with his wife and fellow Gers’ player Ryan Jack.

One eyewitness said that Dorrans was knocked unconscious by the attack, while another tweeted that the culprit had escaped into the night after the assault.

“There was an argument involving two women and some bloke from Dundee,” one told The Sun. 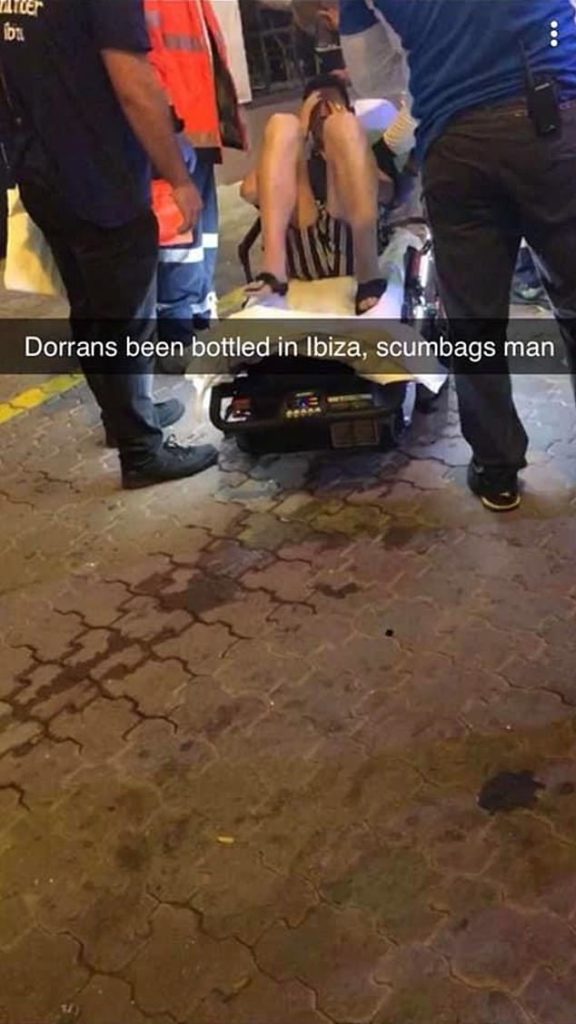 “Graham basically went over to act as peacemaker.”

Reports about the altercation are unconfirmed but some are claiming that Dorrans was pushed from behind before a fight broke out.

“I didn’t see what happened before it but it spilled out the door,” another eyewitness tweeted.

“GD (Graham Dorrans) got floored and was knocked clean out.

“The guy ran off with folk chasing him, a glass bottle was thrown at the guy after.

“Whoever threw the punch knew how to throw a punch, was savage.”

Rangers are yet to confirm whether or not it was Dorrans who was involved.

Dorrans hasn’t featured for Rangers since last October where he sustained ankle injury during a match against Kilmarnock - which kept him out for the season.