Scientist says dog’s sense of smell is so strong it can tell when we’ve smoked, eaten or had sex

A DOG'S sense of smell is so strong it can tell whether people have had sex.

A new book on canine behaviour says canines can tell whether we've had sex, exercised, smoked or eaten just by sniffing us.

Dog cognition expert Alexandra Horowitz, who has just released Our Dogs, Ourselves, suggests that we need to allow our pooches to have a good sniff around.

"Because we want our dogs to reflect us we pull them away when they are right up in another dogs genitals or sniffing around the faces, ears or eyes of other dogs."

The claims come months on from research which claimed dogs have evolved to better communicate with humans by developing ‘puppy eyes’.

The research says that they’ve developed a number of different facial expressions and looks that we as humans are more likely to notice and respond to.

Researchers from the UK and US as well as studies at Portsmouth University have found that dogs have evolved the muscles around their eyes to mimic “infant-like” expressions, which prompt a “nurturing response” from us humans.

Their studies say that the evolution of this “puppy eyes” look has helped domesticated dogs distance themselves from close relatives like wolves, and has lead to a great bond between themselves and humans. 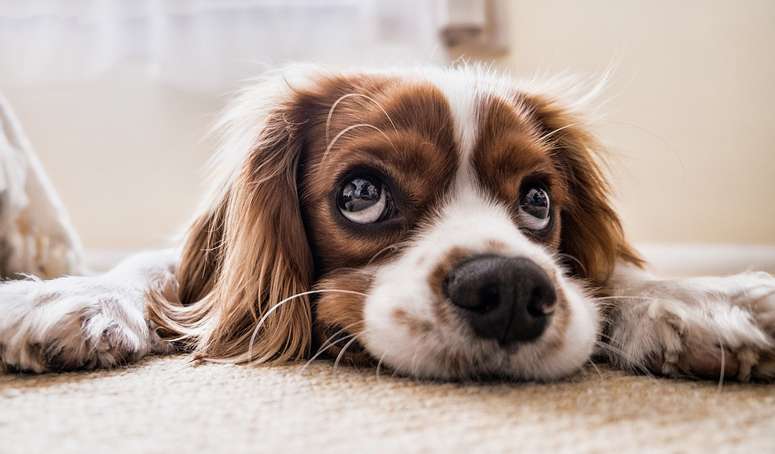 A Portsmouth University spokesman said: “Researchers found that the facial musculature of both species was similar, except above the eyes.

“Dogs have a small muscle, which allows them to intensely raise their inner eyebrow, which wolves do not.

“The authors [of the study] suggest that the inner eyebrow-raising movement triggers a nurturing response in humans because it makes dogs’ eyes appear larger, more infant-like and also resembles a movement humans produce when they are sad."

American psychologist Dr Juliane Kaminski, who led the research, added: “We also studied dogs’ and wolves’ behaviour and, when exposed to a human for two minutes, dogs raised their inner eyebrows more and at higher intensities than wolves.

“The findings suggest that expressive eyebrows in dogs may be a result of humans’ unconscious preferences that influenced selection during domestication.

“When dogs make the movement, it seems to elicit a strong desire in humans to look after them.

“This would give dogs that move their eyebrows more a selection advantage over others and reinforce the ‘puppy dog eyes’ trait for future generations.”