AN IRISH police officer in London has shared how he was once a victim of knife crime after he had his throat slashed outside a nightclub.

Detective Chief Superintendent Michael Gallagher, whose parents hail from Limerick and Derry, had his throat slit with a carpet knife when he was 21 years old.

The senior officer, who is now at the forefront of tackling knife crime in London, was out with friends at a disco in 1982 when his friend was attacked and stabbed in the chest nine times with a screwdriver.

Det Chief Supt Gallagher stepped in but the men kicked him to the ground. One of them pulled back his head, exposed his neck, and slashed it with a knife.

“My surgeon told me later that as my throat went back my jugular vein sank into my neck so the knife skimmed over the top of it," he said.

Gallagher was left with a foot-long scar across his neck, but two years after the incident he joined the police.

Now, after 33 years of service, he is determined to rid society of knife crime with a new task force of 100 officers.

“I was a victim of knife crime so I know how it feels, and I know the impact it had on my parents, my immediate family and my friends.

“We are all passionate about ridding our society of knife crime and sending clear messages, particularly to young people that when they decide to carry a knife all the evidence suggests that statistically they are more likely to end up a victim themselves. 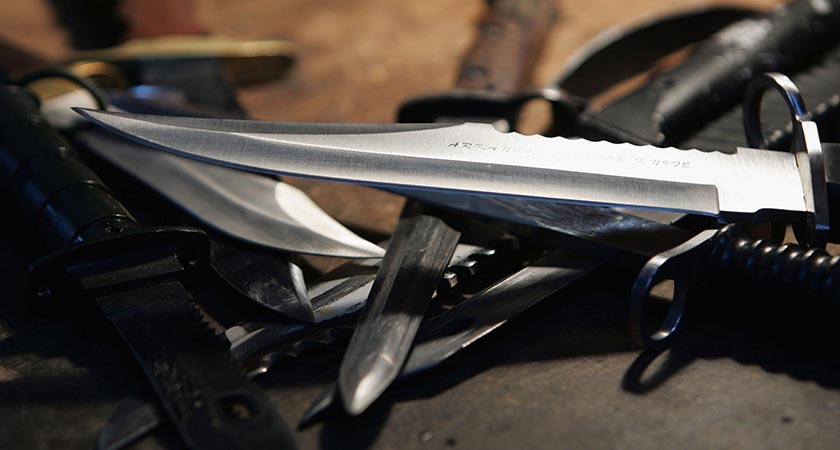 “We will target those that carry knives with the specific intention of using them," he said. "But knife crime is not a problem we can solve overnight or alone, but I am reassured that communities support the police in our enforcement activity - they want rid of this too.

"A new task force of 100 officers will support the priority knife crime boroughs with operational activity like weapon sweeps and intelligence-led stop and search operations.”

Gallagher also said that it is not just the victim who is vulnerable - research has shown the suspect usually has a "chaotic background."

"What is becoming quite clear is that the suspect comes from a chaotic background not just driven by socio-economics, there are also mental health issues and some real vulnerability which has put them into that space of carrying or using knives.

“As part of the Met’s renewed focus on knife crime we are using a lot of research and an evidence base to help us to understand what is really going on and how better we can tackle it. It’s about understanding the psychology and looking at the academic base we have.

“All of the work we are doing will give us a better understanding of the psychology of knife suspects and what it means to a young person when they decide to carry a knife, a knife that could potentially seriously injure or kill either them or another person.”