THE PUBLIC have been asked to keep an eye out for a giant wild boar on the loose in rural County Kerry.

Earlier this week, the National parks and Wildlife Service (NPWS) issued a warning of a family of wild boars on the loose near the Cork and Kerry border.

The animals were once native to Ireland but were hunted to extinction centuries ago, and are now considered an invasive species which could threaten Ireland's biodiversity.

The boars were sighted by a farmer, who contacted the NPWS, and six of the seven wild animals were cornered in a field and killed.

One boar, however, a large male, managed to escape, and is now on the loose in the County Kerry countryside.

A spokesperson for the NPWS urged the public to report any sightings of the animal and not to approach it as it could be dangerous.

"The National Parks and Wildlife Service are responsible for the implementation and enforcement of both European and National Nature Conservation legislation," a spokesperson said.

"It is currently an offence under both, to introduce without a current licence certain species into the wild which may have serious implications for our native flora and fauna. Such releases are not only illegal, but they also pose a very serious threat to the disease free status of the national herd. 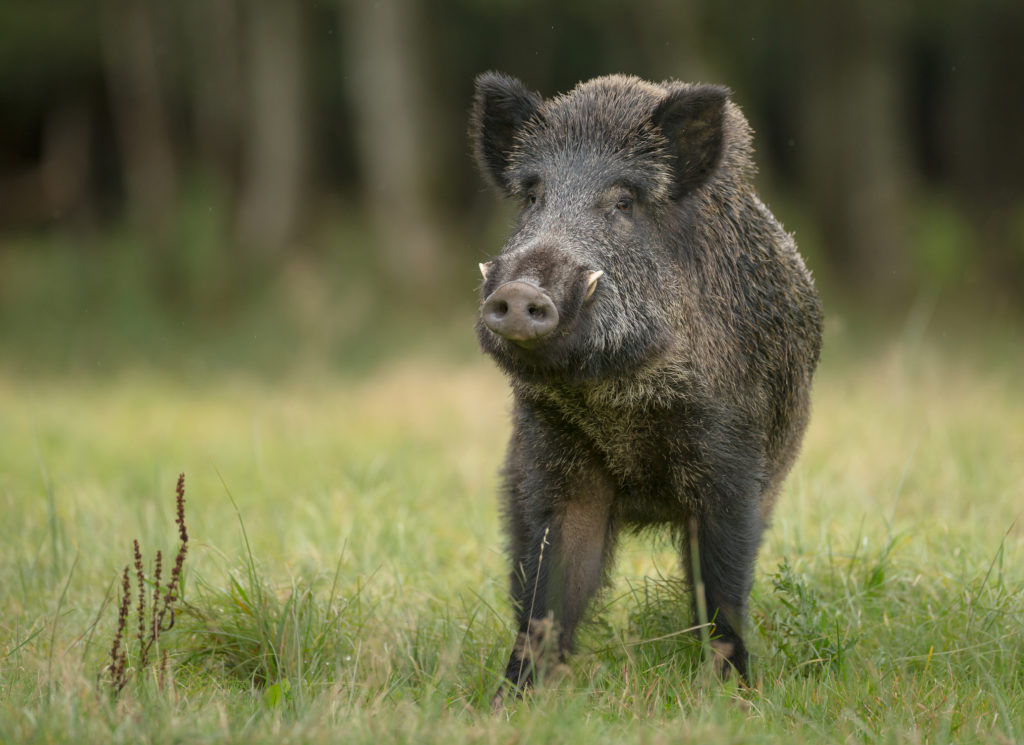 "On Tuesday 15 June NPWS Regional staff were made aware of the presence of approximately seven animals fitting the description of Feral pigs / Wild boar by a concerned land owner in the Castleisland area.

"NPWS staff attended the scene to assess the validity of the sighting and to ascertain the best course of action to pursue. NPWS are indebted to the concerned landowner for reporting the sighting as soon as they did."

"In this instance six of the reported animals were dispatched on Tuesday evening. There was apparently a seventh animal present earlier in the day and any sightings of an animal fitting the description should be reported to the National Parks and Wildlife Service in Killarney National Park on 064 6635215.

There are calls from animal rights activists for the boar to be spared, either allowed to roam free as it is a male and cannot reproduce, or for it to be taken to a wildlife sanctuary.

It is unclear where the seven wild boars escaped from or how they came to be wandering the County Kerry countryside.