THE WORLD'S oldest man has passed away aged 112.

When told of his achievement back in March, Mr Weighton famously said "I can't say I am pleased to hear that the previous holder has died but I am very pleased that I've been able to live so long and make so many friends".

Piers Morgan, who interviewed Mr Weighton in March, offered a tribute to the man after hearing the sad news, calling him a "wonderful, wise man" and "one of my all-time favourite guests".

One of my all-time favourite guests. What a wonderful, wise man. Thanks Bob Weighton and very happy 112th birthday for yesterday! Loved your quote: ‘Better to make a friend of an enemy than an enemy of a friend.’ ⁦@GMB⁩ pic.twitter.com/rOopR8Ef6k

Mr Weighton passed away peacefully in his home yesterday morning after a long battle with cancer, his family have confirmed in a statement.

They paid tribute to their father, grandfather and great-grandfather, saying "With great sadness, the Weighton family announces the death of our beloved Bob Weighton".

"A role model to us all, he lived his life interested in and engaged with all kinds of people from across the world.

"He had many, many friendships and read and talked politics, theology, ecology and more, right up until his death. He also cared greatly for the environment."

Mr Weighton had previously warned that the world should listen to teenage environmental activist Greta Thunberg, proudly declaring himself "an eco-warrior". 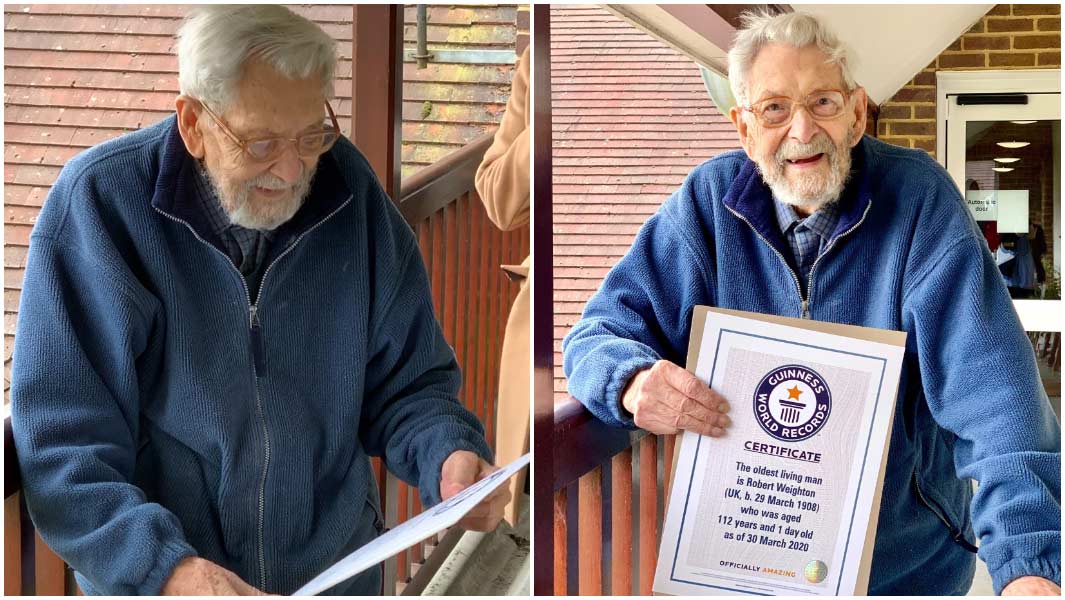 The family continued to say that their beloved Bob had remained kind, witty, knowledgeable and full of conversation "until the very end".

No new coronavirus deaths on the island of Ireland again