NOVEMBER 5 is known as Guy Fawkes Day to the British, but for the Irish it will now be known as the date our rugby team produced fireworks of their own in finally defeating the mighty All Blacks.

Saturday’s win in Chicago will go down as one of the greatest days in Irish sporting history as the national rugby team got the better of the seemingly unbeatable All Blacks in what was their 29th attempt over the course of 111 years.

New Zealand, the back-to-back World Cup winners, were out-fought, outmanoeuvred and ultimately outscored as Joe Schmidt’s men had 11 points to spare in a 40-29 win. 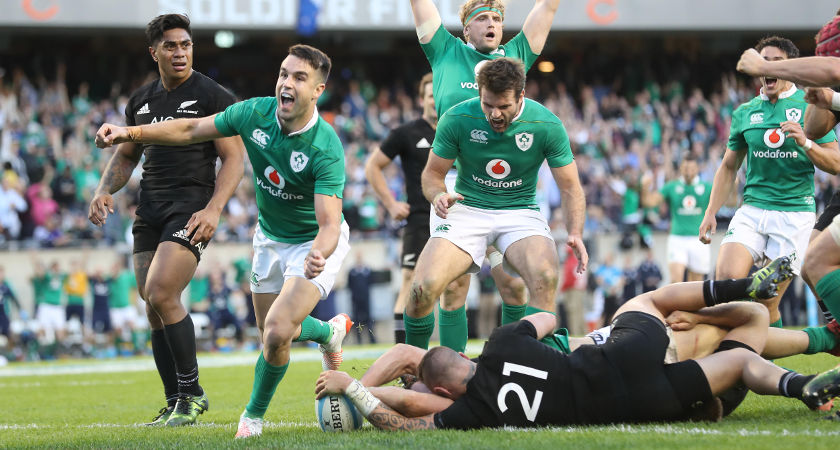 Ireland's Conor Murray celebrates Robbie Henshaw's try [©INPHO/Billy Stickland]
Of all our triumphs on US soil, this arguably tops the lot. In fact, there’s a strong case for it being the biggest achievement an Irish team has ever managed, such is the magnitude of beating the All Blacks.

Beating New Zealand at what is pretty much their own game is like beating Brazil in football. The English may have invented both games, but Brazil and New Zealand teach us how to play.

Ireland have already beaten Brazil in football (1-0 in a friendly in Dublin, 1987), but the South Americans hadn’t won the FIFA World Cup since 1970 by that stage. In contrast, this New Zealand team are on another level, with this defeat bringing an end to an 18-game winning streak. 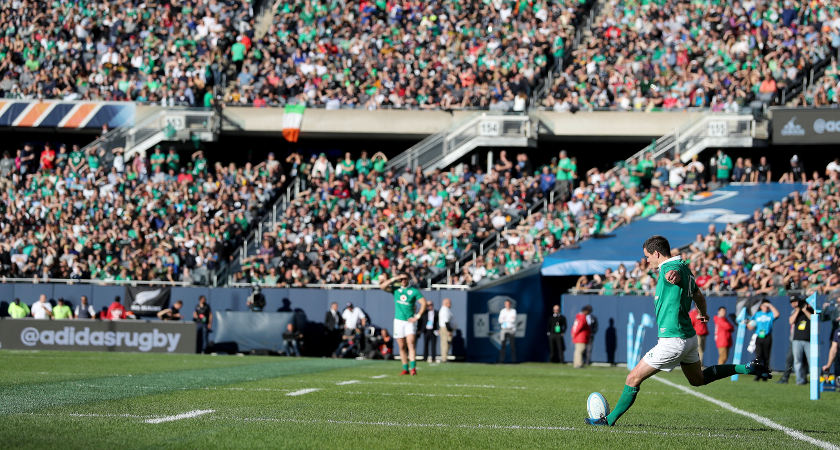 Ireland's Jonathan Sexton converts their first try [©INPHO/Dan Sheridan]
It means the heart-breaking defeat in Dublin in 2013 – when Ireland had led going into stoppage time only to lose control and suffer defeat – can finally be forgotten about.

That was the one that got away, but having now exorcised those demons, there’s no telling what other mental barriers Ireland can now overcome. With Joe Schmidt signed up for the 2019 World Cup, this could only just be the beginning.

As for the immediate future, Ireland will have a chance to suggest that wins against the All Blacks are like buses when they welcome them to the Aviva Stadium in Dublin on November 19, the second of three home autumn internationals.