IRELAND WILL play Finland in their latest World Cup qualifier against Finland at Tallaght Stadium.

Vera Pauw's side are currently in the driving seat to make it out of Group A.

Ireland are a point ahead of tonight's opponents and will face Slovakia days later.

If Ireland do manage to come second in the group, they will enter a complicated play-off system.

The play-off system route will come later in the year. If Ireland manage to get past the playoff's, it will mean that Ireland's women's team will qualify for their first ever major tournament.

It's a long process though

The World Cup will take place in Australia and New Zealand next year. 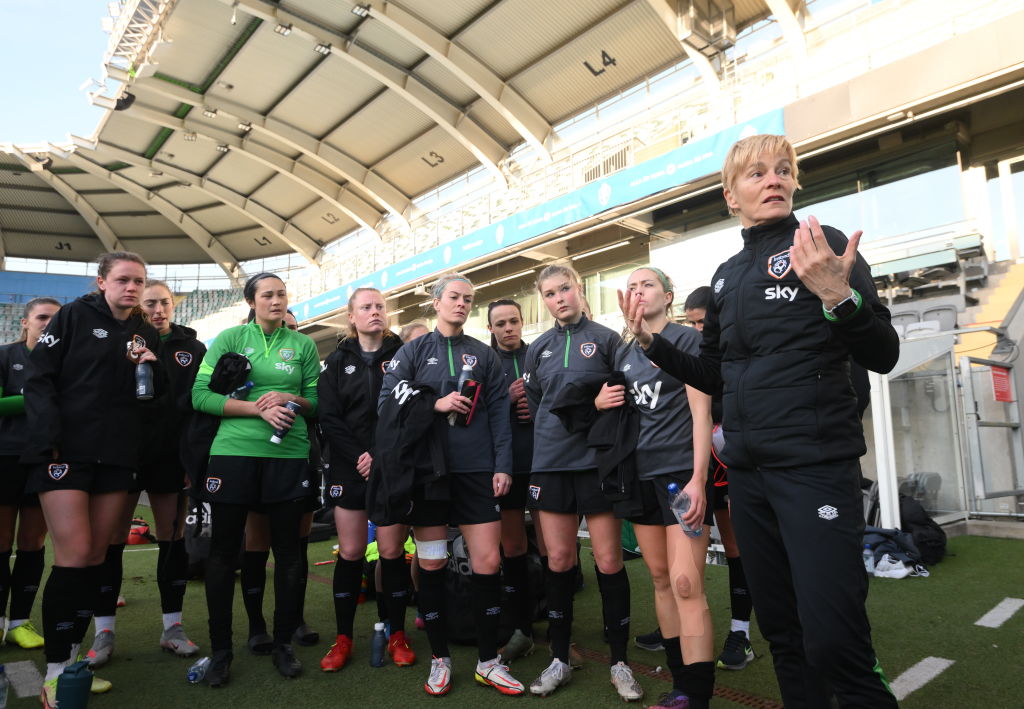 Here's what could happen if the Girls in Green win, lose or draw tonight

If Ireland beat Finland in Tallaght tonight, then they will enter the play-off system.

If Ireland and Finland draw, then Ireland would need to match or better the result in the Sweden and Finland game days later.

So, if Finland beat Sweden 2-0, then Ireland will need to beat Slovakia by 2 or more goals. A draw for the four sides will also do.

A loss for Ireland would make things more complicated. If they lose, then Ireland would not improve the score in the Fins final game.

A 1-0 win for both sides will not be good enough. Ireland will need to win 2-0 in that instance.

The winners of Europe's nine qualifying groups are going to the World Cup. The teams that have already made it are Sweden, Spain, Netherlands, England, Denmark, Norway, Italy, Germany, and France

The nine runners-up in those groups head for the UEFA play-offs. Some of these teams like Ireland have not confirmed their place yet. These are Ireland, Iceland, Austria, Bosnia and Herzegovina

The other six teams will play three single-leg play-offs in round 1 on 6 October.

If Ireland claim six points, they could avoid playing play two play-off rounds, and get a pass to play a single play-off but anything other than an Ireland win in two games will end that.

The winners from round 1, and the teams that go directly to round 2, then compete in single-leg play-offs on 11 October.

The two play-off winners with the highest ranking (based on results in the qualifying group stage and round 2 play-offs) progress to the finals.

The other play-off winner will have to go to the inter-confederation play-offs from 17 to 23 February 2023 in New Zealand.

Let's hope Ireland can do it

ICYMI: Shay Given has been inducted into FAI hall of fame