PATRICK HEFFRON, an Irishman came joint-third in the Mongol Derby.

The Mongol Derby is a 1000km horse trek across Mongolia and is seen as one of the most gruelling and toughest events in the world.

The event takes place over eight days and requires participants to change their horse around 35km at checkpoints dotted around the country.

Riders are in the saddle for up to 200km a day and ride about 28 different semi-wild horses.

The journey brings riders across terrains like dangerous mountain passes in the cold, sand dunes and others in Mongolia. 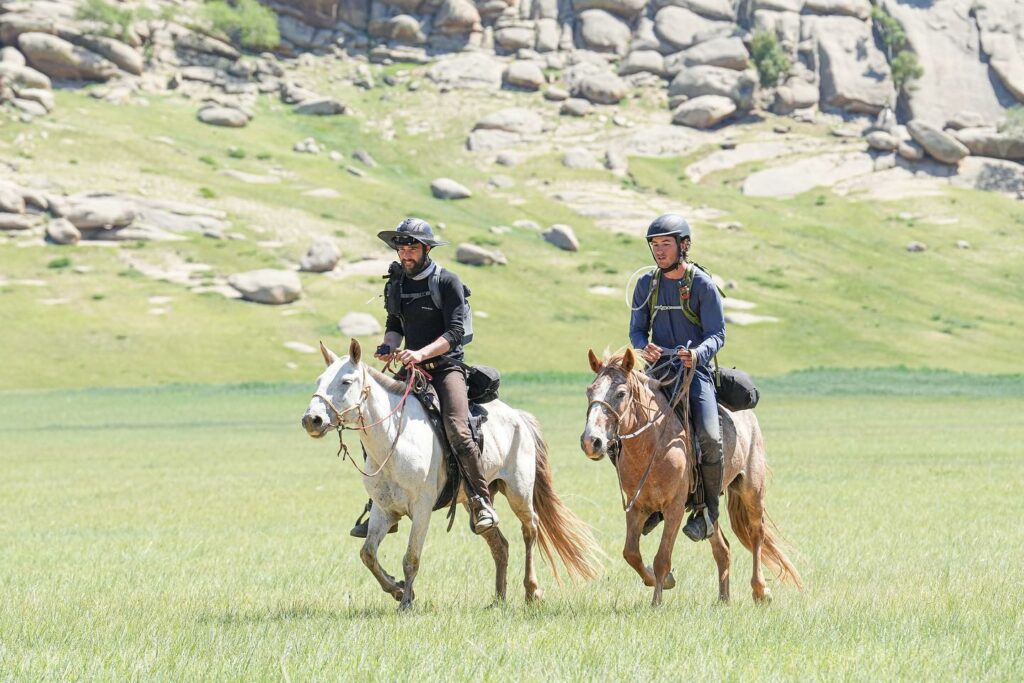 Photo credits: Shari Thompson, A quote on the Mongol Derby website reads: "The Mongol Derby is the longest and toughest horse race in the world. We don’t say that lightly. A decade after launching the race that title is still being backed up by riders year after year."

How it was went

By the end of day two riders had found their groove, and four had caught the Kiwis, as six riders bunked down together at station six - the race is made up of twenty eight stations, strung out along the route.

Riders aim to be at one by the end of the riding day, but can opt to, or unintentionally, wild camp or try and find a friendly Mongolian family with space in a ger.

By day three riders were pulling out of the race with bruised and battered bodies (some chose to ride on with broken bones) whilst others served time penalties for riding past cut-off times the night before. The names changed, but the end of the day still saw six riders neck and neck, amongst them experienced riders Irishman Patrick Heffron and Brit Chris Walker.

The pair’s navigational nous saw them take a slender, but clear, lead on day four as the race hit some serious mountainous terrain and the weather deteriorated to ‘cold, wet and miserable’ - a sudden change for a field up until now more concerned with getting enough water on board than shaking it off.

Day five and the pair kept their lead, just, as they chose to wild camp only 18 minutes ahead of a chasing pack of seven, including American Deirdre Griffith (who was right at the back of the race at the end of Day One) and South African Willemein Jooste.

Patrick and Chris rode out front through days six and seven, but never with enough of a lead to relax and, with just a few hours riding left, on the final day (the morning of the 30th),

Diedre and Willemein passed them - a perfect example of how tackling the Derby as a team can carry you a long way (sharing navigation, helping each other out of scrapes and generally keeping up moral).

They crossed the finish line together to win the toughest horse race on the planet, leaving Chris and Patrick to finish just behind to take joint third.

11 riders made it across the finish line, with the rest of the expected to cross it tomorrow.