THE entrance to Celtic Park should have carried a public health warning on Wednesday night; beware of extreme noise levels.

As no stranger to the sound, it was a surprise to find myself putting one finger in my right ear, such was the deafening volume.

These Battle of Britain ties were meetings that Jock Stein relished, particularly due to superior attitudes from members of the press south of the border. 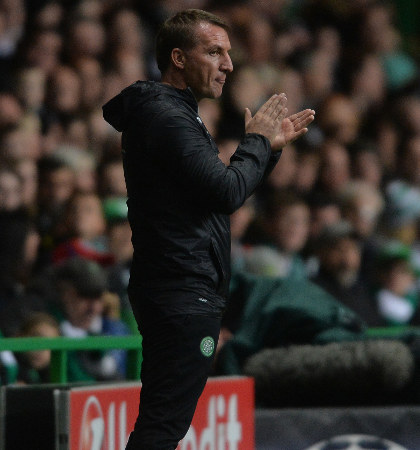 Brendan Rodgers [Picture: Getty]
A lot was being asked of Celtic and Brendan Rodgers, the heavy defeat at the hands of Barcelona inflicted a deep wound.

When Celtic absorb their archetypal underdog status they are a perilous force to come up against.

It was, as Rodgers suggested, the "combination of the performance and atmosphere that made this a very difficult night for Manchester City."

He's right, and when Pep Guardiola was asked by a journalist if he would like to see a similar atmosphere at the Etihad, he suggested every ground has its character.

Perhaps, but the invisible power and deep rooted passion which works to bewilder and confound the opposition is not an ingredient easily replicated elsewhere. To hear the chant "Glasgow's Green and White" thunderclap from one end to the other was a soul-stirring experience.

High voltage adrenaline surged among the anointed 60,000 who witnessed the match of the competition so far.

As Rodgers looked on pensively, scribbling notes, Moussa Dembele cemented the reality that there is a new hero in Glasgow's East End.

His acrobatic second goal showed great talent in the air and left some in the press box slack-jawed. The young Frenchman ran with arms outstretched, the sound of Paradise sweeping him up to the heavens.

Rodgers suggests his agent is a "clever man" allowing the player to develop at Celtic while gaining experience from nights such as these. There is no doubt he has brought something a bit special. When did we last see a first touch like this in green and white Hoops? 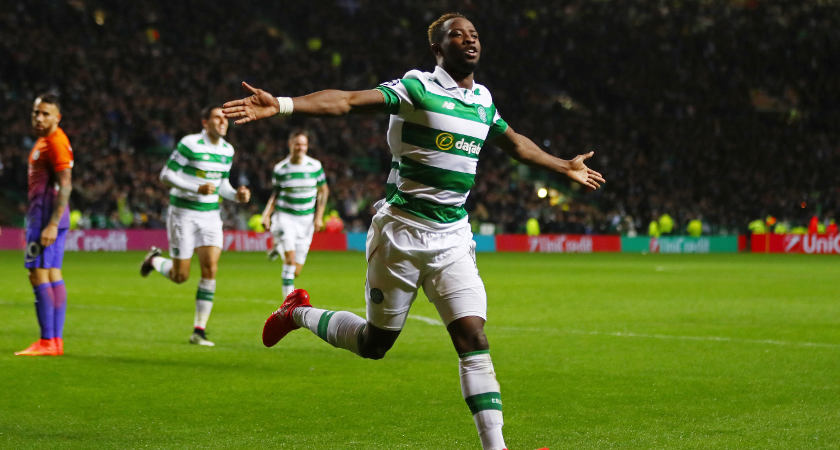 Moussa Dembele celebrates his spectacular second against City [Picture: Getty]
The Celtic manager also summed up a wonderful performance by Kieran Tierney, he said of the 19-year-old: "Every pass he makes is for Celtic".

Rodgers rarely misses an opportunity to tap into the psychology of the support and offer them words to stir the senses.

Little by little the Irishman is not just restoring the team but very life-blood of the club; it's fans. Rod Stewart and Noel Gallagher appeared at the only show in town, post-match Roll With It blasted from the Tannoy.

The latter's brother Liam tweeted "respect to all those Celtic fans; what a sound". Under Rodgers, Celtic are a more aggressive proposition in attack, they looked dangerous for most of the first-half.

Both teams have defensive work to do, but if this six goal adventure is anything to go by; their second meeting at the Ethiad in December will be nothing short of thrilling.