Ferguson’s attack on Keane is hypocritical and unnecessary

ROY KEANE doesn’t lose too many arguments, but it’s not often he comes out of the spat looking like the dignified and calm party.

That’s what’s happened after he responded to Alex Ferguson’s latest book, questioning whether his old boss “knows the meaning of the word loyalty”.

Keane could have said so much more about Govan’s most self-righteous export. He could have given it chapter and verse, like Ferguson has just done. From page 121-136, Ferguson deals with the subject of Roy Keane. In the first paragraph Keane is described as a player of “energy, of guts and blood with a fine instinct for the game and its strategies”.

He adds: “Keane took the onus off me in making sure the dressing room was operating at a higher level of motivation. A manager could never be dismissive of that kind of help from a player.”

That kind of help. This is the same Roy Keane who won seven Premier League, four FA Cups and a Champions League medal as Ferguson’s on-field enforcer.

But, not content to damn a man who gave body and soul for the cause with faint praise, Sir Fergie spends most of the next 15 pages carrying out a character assassination of Keane. We learn that the Mayfield man had unreasonable expectations of staff and other players, insulted his colleagues, complained a lot, was hot-heated, moody, bullied his younger teammates and “relief swept the room when he left.”

The bullying accusation doesn’t stack up at all. Keane only dishes it out to John O’Shea and Darren Fletcher at one point. Then at other stages he is dishing it out to Rio Ferdinand, Ruud Van Nistelrooy and Edwin van de Sar.

Mainly, this accusation doesn’t stack up because the man making it has been as ruthless, domineering and cutting as can be with players, officials and the media for the past 26 years with Manchester United. We could start giving examples but we’d be here for the next 26 years listing them. 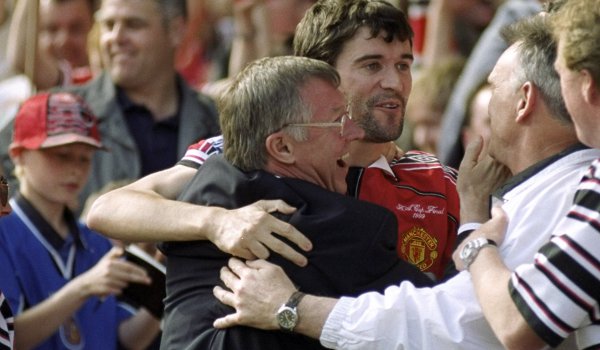 A particularly hilarious episode in the book details how Ferguson tells Keane to calm down and sort out this whole Saipan row (though it’s written as Korea) with Mick McCarthy. Keane is urged to think of his family. You can’t let this be the backdrop to their lives!

Was there ever a week in from August to May for the past quarter-century when Ferguson wasn’t raging against some individual or institution?

Not to knock Ferguson for doing so. His managerial haul is magnificent. To achieve so highly over such an extended period of time, you need more than qualities of balance and perspective. You probably have to be at least half a raging lunatic. That is something Ferguson and Keane share in common: an crazy-minded desire to win, a violent intolerance for complacency and the comfort zone. Together they achieved on an industrial scale. So, for Ferguson to now take aim at his one-time lieutenant is in poor taste.

Everybody knows Keane could be a pain in the arse. The flip side was he was a phenomenal footballer who drove himself and others around him to incredible heights. 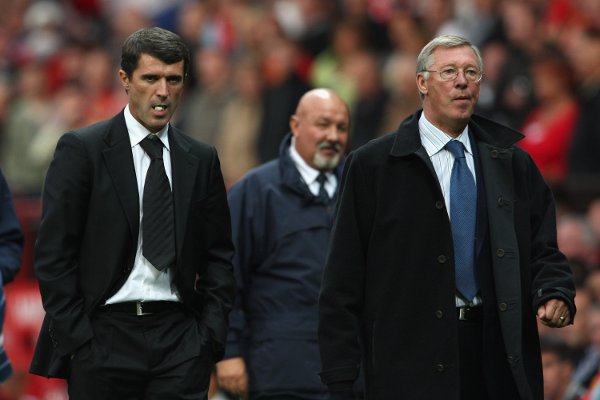 As manager, Ferguson’s job was to manage difficult characters; accentuate their best qualities while keeping a lid on the dark stuff. This he did brilliantly over the years, so why the need now for all the score settling?

Far from the old sage of football offering hard-won wisdom, Ferguson is more like Father Ted after receiving the Golden Cleric award.

“David Beckham got sappy over a woman … lost focus … had tae go, Keane was a frightening tearaway … had tae go. And as for you Rafa Benitez!”

It’s rare that a managerial career ends in anything but failure. Most often you get the sack for the umpteenth occasion only this time the phone never rings again.

Ferguson took his bow having delivered yet another title to Manchester United. His legacy could not be more secure. But now he’s in danger of snatching defeat from the jaws of victory with his career deep in Fergie time.

In his new book, My Autobiography, Ferguson also reveals:

-that Keane was ready to resolve Saipan differences during the World Cup,

-his spat with Keane during a Portugal training camp,

amongst a host of other explosive and savage attacks on his former captain.