IT'S been a very busy weekend of sport both in London and Ireland.

I always feel August is one of the best months of the year especially for GAA followers, as it’s often the month where you either drive on in the Championship or you find your season is over.

Here in London I was in Greenford on Saturday where TCG Juniors defeated Bros Pearses in the second round of the Junior Championship with a strong performance that now guarantees the lads a semi-final place.

In the other games at Greenford Thomas McCurtains gained a victory against St Clarets to keep themselves in contention for a semi-final spot.

In the intermediate Championships St Brendan's had a good victory over Garry Owen coming back from a 12 point deficit to win by three points.

The previous weekend the London Senior Football Championship began and in the first game at Greenford TCG beat Parnell's with Killian Butler putting in a man of the match performance for the game scoring two good goals in the process.

I believe that TCG and North London Shamrocks will be in contention for the title this season.

In Ruislip, Fulham Irish beat last year’s champions St Kiernans with Peadar Friel putting in a star performance for Fulham and the Round Towers continued their good season with a good victory over KKG.

The next round is very much a knock-out situation and should be very competitive as all clubs are fighting to stay in the Championship. 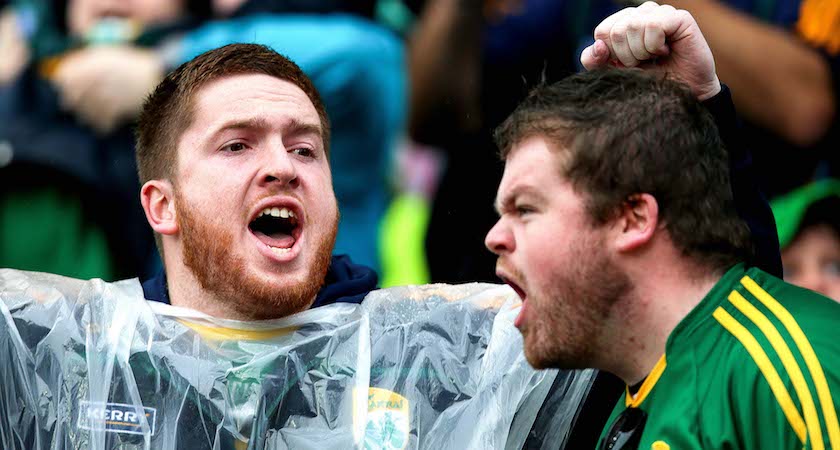 What a fantastic game we all had the pleasure of watching on Sunday with Kerry and Mayo giving everything they had and more at Croke Park in the All-Ireland semi-final.

Both teams showed huge fitness and exceptional skill levels in tough conditions and if people were saying Gaelic football had lost its appeal then they need to think again.

This had everything and in all honestly both teams deserved another opportunity to reach the All-Ireland final.

I’ve no doubt that the replay next Saturday afternoon will be just as competitive and go down to the wire again.

Who will learn the most from the game?

In my opinion Mayo now know that they have the capability to compete with Kerry, who will have to change their tactics to counteract Mayo's running game.

Mayo are now favourites and I am really looking forward to the replay.

Meanwhile on next Sunday, Dublin and Tyrone will bring everything they have to Croke Park.

This game will be tight and low scoring and will be about who is strongest mentally in the end.

There is nothing between the teams in organisation, physical fitness and with two of the best managers in the business it will be down to who makes the least mistakes.

Dublin may have a slightly stronger bench, which may just get them through but they will have a huge battle against Tyrone.

At last week’s London County Board meeting the decision was taken by the delegates to agree that the London Senior Football Champions from 2018 will now take part in the Connaught Club Championship instead of meeting the Provincial Champions in the All Ireland quarter-final.

This is a hugely positive step forward and offers London teams a better chance in progressing.

If it is an away draw, Croke Park will provide some financial assistance to the competing London team.

Over the years many London teams have come very close to defeating the provincial champions but it is a very difficult game to win.

With the new decision the London Championship can be run off earlier and the winning team will be more ready and better prepared to compete in the first round of the Connaught Championship.

Finally, I would like to thank all those who sent messages of support and good wishes for my new column - from Gaels in London and at home.

Please continue to read and send feedback and opinions on anything sporty – it’s all gladly accepted as Cogs is here in the corner to listen to your views and then try to change them.