Grand National: Ruby Walsh "I see a huge step for female riders and Rachael Blackmore has taken it to the next level"

The 2022 Grand National will take place this weekend at historic Aintree track once again.

Last year Rachael Blackmore and Minella times made history with a brilliant victory.

The Irishwoman (Blackmore) became first female jockey to win the Grand National and after storming to victory on Honeysuckle at Cheltenham, she'll feel confident of going for two for two.

One man who knows how to win the Grand National's biggest race this Saturday is Ireland's Ruby Walsh.

The final 40 runners and riders have now been confirmed for the Saturday showdown.

Walsh's father, Ted's horse Any Second Now will race and his son gave exclusive quotes about the horse, the big day, and who he thinks will take the crown.

How is Any Second Now’s big race preparation going with your father?

Dad is very happy with him. He looked a bit unlucky in the race last year and ran a cracker. His preparation has gone well. He has plenty of weight now, but he’s fit and he’s well.

Can Ted Walsh's star go one better this season than he did last? He had a luckless trip round in 2021 and with a bit more fortune will be fancied to defy his rise in the weights. @SteveChambers86 has the profile of Any Second Now... ⏰

How special was winning the Grand National on Papillon, trained by your father?

It was the one day in my sporting career that I would love to live again.

That and maybe the day after - it was incredible, it wasn’t something I ever thought could happen.

Papillon was a dream ride in the National.

I don’t think it’s a race you think you can win, so when it does happen it’s a bit of a shock, but it's a shock and delight.

Is the Grand National the race you dream of winning as a child?

It’s the most well known race, there’s no doubt about that.

You probably think as you get a bit older that it’s more realistic, that if you’re a good jump rider  you’ve got a chance to ride the best horse.

You could win the Gold Cup, whereas you don’t think that way about the Grand National.

You can work with the best horse but that still doesn’t mean you’re going to win.

Was it as special to win the race on Hedgehunter, second time around?

It was a dream ride as well. It was a massive achievement - a pleasure to be on his back and it was brilliant too.

It was a great, great day.

I hadn’t ridden him the year before, I was injured. He was favourite, there was more pressure, more expectation. It was a different kind of feeling, but it was equally as sweet.

Is there added pressure at the start of the Grand National - or is it just another race?

In the build-up there is the expectation - when you’re there, in the heat of it, once you line up to approach the starter, all those thoughts or images seem to fade away and it’s only you, the horse and the track in front of you and your rivals around you.

As soon as you get on the track, all of that has gone - it’s like the build-up to any big race.

What has Rachael Blackmore’s Grand National Success done for the sport?

I don’t think you could put a price on the good publicity that Rachael Blackmore winning last year has brought the sport.

I think it’s impossible to quantify the exposure that horse racing got because of Rachael Blackmore winning the Grand National with Minella Times.

It is brilliant to see and it just proves that riding a horse is an art.

And, if you get on the right horse, gender doesn’t really matter.

I see a huge step for female riders and Rachael Blackmore has taken it to the next level.

What was it like to watch your sister, Katie, riding Sea Bass in the 2012 Grand National?

It was some race.

The story of my life, I was injured, I was standing in the weighing room watching.

It was nerve-wracking to watch, and you thought for a while - from the third-last, over the Melling Road and heading to the second-last, that maybe Seabass and Katie were going to win the Grand National - that would have been something special.

They gave it their best shot and they finished third. 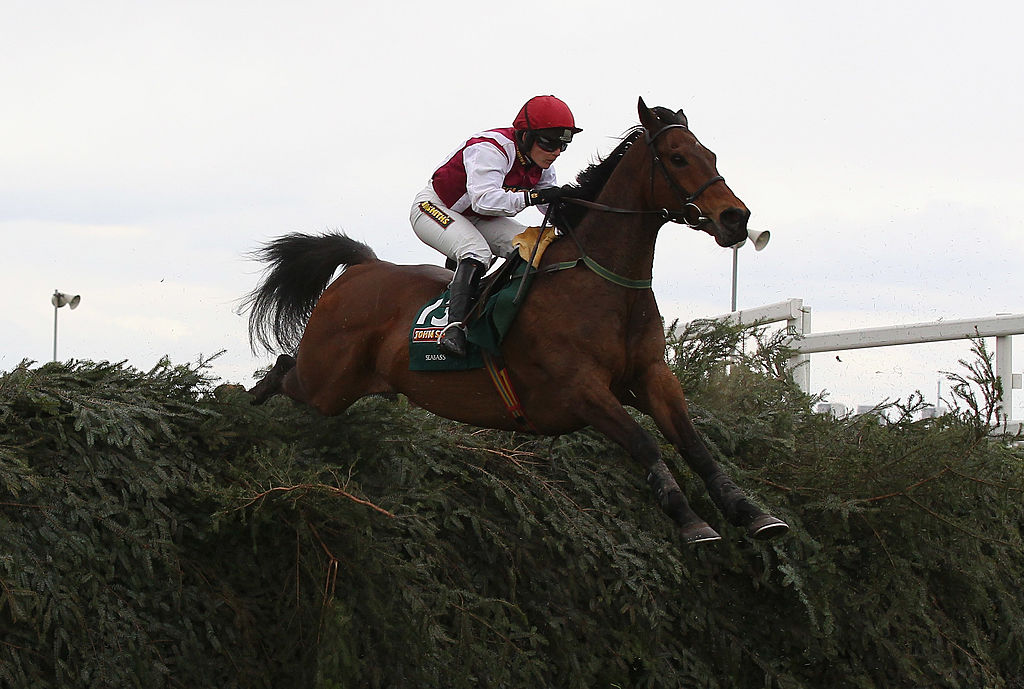 Are top owners with several runners diluting the magic of the Grand National?

I don’t think so. If you look at Any Second Now - JP McManus owns him but Ted Walsh trains him.

If you look at Enjoy D’Allen - JP McManus owns him but Ciaran Murphy trains him.

They’re three of JP’s runners, so I think when you look at the bigger owners - you look at Simon Munir and Isaac Souede, it’s Nigel Twiston-Davies, it’s Ben Pauling with Kildisart.

School Boy Hours of JP’s is with Noel Meade, Anibale Fly is with Tony Martin.

I think racing is lucky to have big investors that are willing to spread their horses around and give smaller trainers the chance.

I think that has to be looked upon in the right light as well. I think it’s maybe a little easy to say ‘oh, the big people are buying all the horses and the little person can’t get a look in’.

Racing is a huge industry, and all those horses had to be bred, raised and bought and they’ve been traded once or twice before they end up where they are now.

Lots of people have earned a living to get them to where they are now. Racing is lucky that it has investors at the top that are willing to buy racehorses to run in these great races.

You still will get a fairytale, it’s not that long ago since One For Arthur won.

You look down through Saturday’s race and that horse could be Snow Leopardess.

But, I’m not one for giving out about the bigger operations, because a lot of those owners support an awful lot of people.

Who do you like the look of for the big race?

I think Fiddlerontheroof has a great chance, I think Longhouse Poet is another one with a good chance - I think they both have outstanding chances.

So does Delta Work.

They’re close to the top of the market, but I think the winner will come from those bunch of horses.

If there’s one at a price, maybe Run Wild Fred could be overpriced at 25/1, but I’ll be surprised if there’s a bigger shock outside of that.

It is very competitive at the top of the market, the Grand National has had to evolve with the times and has done a great job and the race has become really competitive.

Racing TV is the only channel showing every Randox Grand National Festival race live. You can join for just £9.99/ €12 per month for an entire year by midnight Saturday! Visit racingtv.com/gnoffer

🤔 Who are you backing to win this year's Grand National? Last year's winner Minella Times is currently a best price of 16/1 (worst odds 12/1