HE’S in a better place now. The dark days, when he had nowhere to go and no one to go there with, are gone. Jason McAteer’s life has a focus again. Work with Liverpool, who he serves as an unofficial club ambassador, brings him all around the world, last month to Singapore one week and Mumbai the next.

But last week it was Dublin – the same site of the old Lansdowne Road, where he was carrying out promotional work for the FAI, and if the memories of his greatest days in this rebranded and rebuilt stadium are happily recalled, then thankfully his recollections of 2007, the year he finished playing, have faded away.

“In football, you go into work and you’ve got 25 mates,” McAteer said. “You’ve got a doctor on tap, a dentist on tap, a fella who does your mortgage, a fella who will turn on your washing machine if you want to. You’ve got an agent who will make sure your life is where it should be. You’ve got a coach telling you where to be at a certain time.

“You’ve got this bubble, everything is done for you, everything’s great, you’ve got a great contract and a few bob in your back pocket and you don’t envisage that it will ever come to an end.”

But in June 2007, it did end. And when he fought first boredom, then depression, he had it hard. It helped that his mother – a trained counsellor – recognised the symptoms but what helped so much more was that McAteer listened to the advice he was given. Things had to change. And they did. “With depression,” he said in an interview with The Irish Post three years ago, "it’s not like a broken arm when you have a cast on and everyone can see it. No one can see it.”

From a distance of nine years, he views everything in a clearer light, now. He keeps himself busy. His brain ticks over. With work comes an income and a purpose. He loves being out and about but there is nothing he would love more than to go back in time and hear that roar again when he walked out the tunnel, get that adrenaline rush when he woke up on a Saturday morning.

And it makes him wonder. If this is how he feels now, at 44, then why does Daniel Sturridge not feel the same way at 25, in the prime of his career? “The question is 'what is wrong with Daniel Sturridge, why can't he get on the football pitch?’ Everyone is putting it down to this mental weakness that he seems to have. He seems to want to be 100 per cent before he goes out and plays. And it's such a shame because I'd put him up there with the best in Europe when he's fit and on his game. He can do some fantastic things, can create something out of nothing, has got two great feet, and he knows where the back of the net is.

“It's just a shame Liverpool can't get him on the pitch more than they have done so where do you draw the line and cut your losses? He's getting paid a substantial amount of money. As a manager, Jurgen [Klopp] needs someone he can rely on, someone who can play the majority of the games. 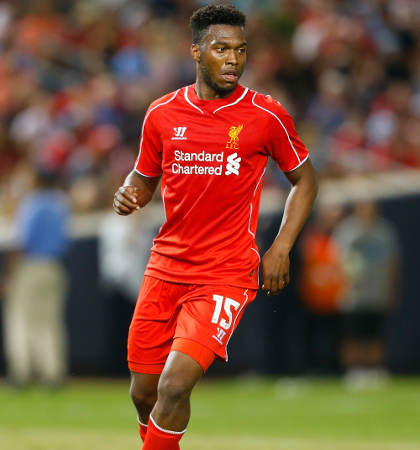 Sturridge returned off the bench during the week [Pic: Getty]
“You can't rule out injury; it's part and parcel of the game. A lot of us ex-players will tell you we never played when we were 100 per cent fit. Ninety-five per cent was the best I ever got. I was always carrying a little niggle or a knock and sometimes you just have to roll your sleeves up and get on with it. I've never come across it before, I'm really surprised and as a Liverpool fan I'm gutted about it, he adds so much when he's on the pitch.”

It was what he was when he was a kid and what he has become again since retirement. “You are one of us,” a Kopite said to him in Dublin last week, a heartfelt gesture that reminded McAteer that he can’t just be loyal to the board who pay his wages for the ambassadorial work but also the supporters who continue to idolise him. Which was why he made such a brave stand – at the risk of his income – the day before the board reneged on their plans to increase ticket prices.

“I would have walked out too,” he said of the Liverpool fans’ protest in their game against Sunderland last week when, after 77 minutes, around 10,000 of them left the ground to protest against the club’s decision to increase some match tickets to £77 a game. “But,” he said prophetically, “I think the club will listen to the fans and change their minds.”

They did, as Liverpool’s owners announced last Thursday that they intend to freeze ticket prices for the foreseeable future and issued an apology for any distress caused to fans. McAteer believes Klopp can now focus on who he’d like to retain for next season as he begins to shape his own squad.

“Jurgen’s a clever man and while there were big expectations when he first came in, the fact is he inherited another man's squad, and it was always going to be a learning process for him. It's not a season to be written off, but he'll learn a lot about his squad, who he can rely on, who he wants for next season, players he's identified, who can play the way he wants them to. He's looking at the mental toughness of the players when it's not going well because we all know he'll learn more in adversity than when it's going well. You see something when you're beating Chelsea or City, but you see a lot more when you're beaten by Watford and West Ham away. You see the players who roll their sleeves up, put a shift in. And I've got to say there's probably a few players who aren't adding up to his expectations and going back to Daniel, he'd be in that bracket.” 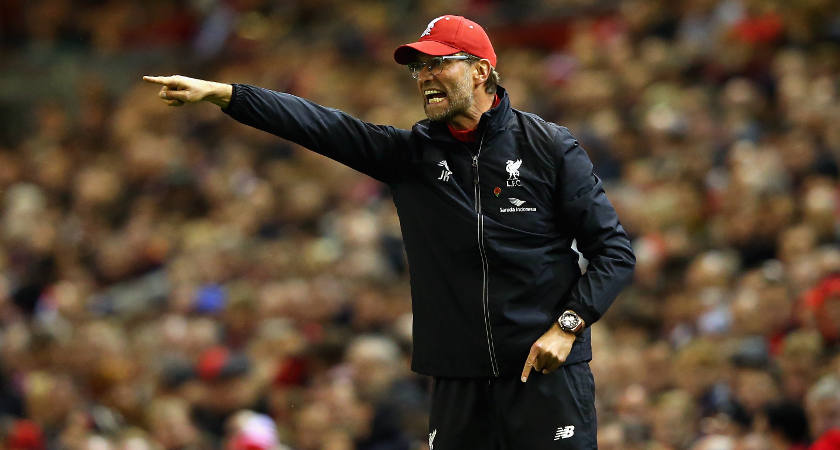 Liverpool manager Jurgen Klopp replaced Brendan Rodgers earlier this season [Pic: Getty]
So we can expect the door to revolve this summer, for Sturridge to go and others to come in. Beyond that, can we expect Klopp to lead Liverpool to the Holy Grail and end their 26-year title famine? “The gap is closing. Leicester have shown that. For all the billions Chelsea and Manchester City have poured into their teams, they aren’t as far ahead as they once were.

“Plus, I love the manager’s [Klopp’s] charisma and enthusiasm. And there is a ruthless streak to him, too. It took him three years to get Dortmund where they were. He didn't have a great budget there but he knew exactly the players that could fit his philosophy, and I don't think he's in the market for the big names, he's looking for players who can do what he wants. He will gradually turn it around, if it's in 18 months' time, then so be it. A lot of the fans – 99 per cent of them – are behind him, he's lost a few because of what's going on at the minute, but it's a process that was always going to happen. It's another man's squad, he wasn't brought in to instantly win the Premier League, he's there for the long haul.”

It’s a short haul trip that McAteer will take this summer. Like 2012 in Poland, he’ll go to the Euros in France as an Ireland fan, this time with greater expectation. “While we’ve a tough group, I really think we can get out of it,” said the former Sunderland man. “The spirit among the players is great. That still counts for a lot.”