ROY KEANE'S unhappiness with training camp facilities was at the root of the midfielder’s departure from Old Trafford, Alex Ferguson has revealed.

Echoing Keane's removal from Ireland's 2002 World Cup squad in Saipan, a lack of air-conditioning in training accommodation started a chain of events that led to Keane and Ferguson falling out.

Ferguson explains in his new book that assistant Manchester United manager at the time, Carlos Queiroz, arranged a training camp in Vale do Lobo, Portugal before the 2005/06 season.

“It was out of this world,” writes Ferguson. “Training pitches, a gym and small houses, which were perfect for the players.

“I arrived there at the end of my summer holiday in France. All the staff and players were nicely seconded in their villas. But bad news awaited me. Carlos was having a nightmare with Roy.

“I asked what the problem was. Carlos explained that Roy considered the houses to be beneath his required standard and was not willing to stay in his. According to Carlos, Roy had rejected his first house because one of the rooms lacked air conditioning.

"The second threw up a similar problem. The third, which I saw, was a fantastic house. Roy wouldn’t take it. He wanted to stay in the next village, Quinta do Lago, with his family.”

The next day Ferguson and Keane had a confrontation. 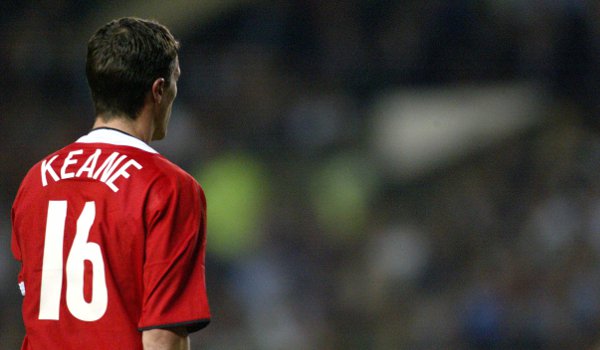 Keane's relationship with Ferguson soured after the incident

Ferguson writes: “Roy erupted, issuing a long list of complaints, which included the air conditioning. Then he started on Carlos. Why were we doing pre-season here? And so on. It was all criticism.

"It placed a strain on the relationship with us. He became quite reclusive, I thought, on that tour. I was disappointed. Carlos had worked his socks off to make the trip right for everyone.

“When the visit was over I resolved to bring Roy up to the office to at least say sorry to Carlos. He was having none of it.

“We were embroiled in an argument once, Roy said to me, ‘You’ve changed.’

“I replied, ‘Roy I will have changed, because today is not yesterday. It’s a different world we’re in now. We have players from 20 different countries in here. You say I’ve changed? I hope I have. I would never have survived if I hadn’t changed.’

“We had a real set-to. A proper argument. I told him he was out of order. ‘You’re the captain. You showed no responsibility to the other players. It was not as if we asked you to live in a hovel. These were nice houses. Good places.

“The bad feeling didn’t subside. The deterioration in our relationship started there.”

In his new book, My Autobiography, Ferguson also reveals how Keane ‘picked on John O’ Shea’  amongst a host of other explosive and savage attacks on his former captain.