IRISH FIGHTER Leah McCourt has said that her fight with Sinead Kavanagh has to happen in Dublin.  The Belfast native was on OTB AM on Tuesday morning and said that the Bellator 275 in Dublin fight couldn't have come at a better time.

The fight in Dublin comes after Kavanagh came up short against MMA legend, Cris Cyborg, while McCourt is on a six-fight win streak. 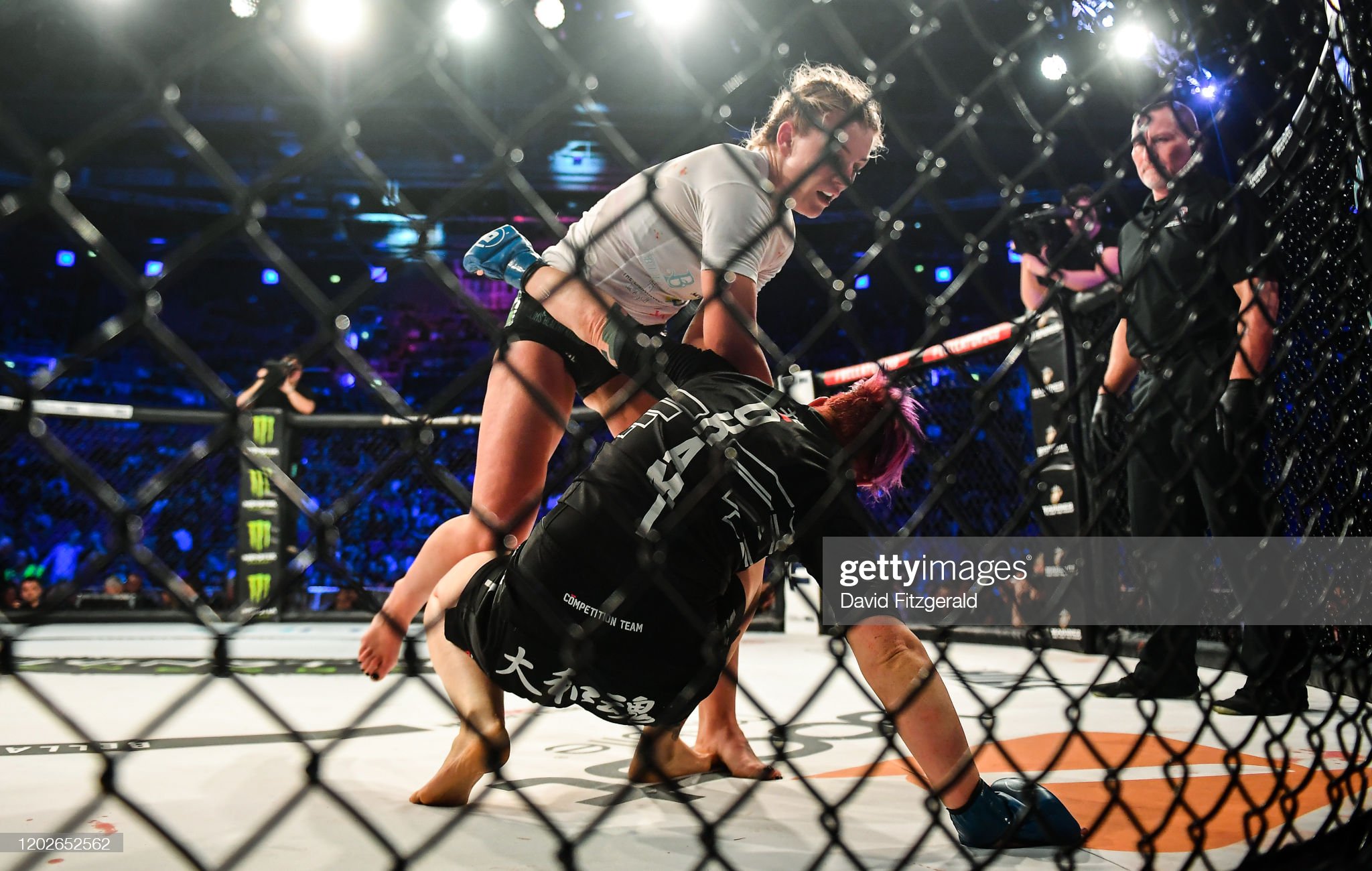 “Whenever I was asked about this fight I would say it would have to happen in Dublin, it couldn’t happen anywhere else and we’re kind of at that stage in our careers.

“It’s perfect timing and it has to happen in the 3 Arena so I was excited because if I was a fan, I would want to watch this fight.”

It could come down to Kavanagh’s striking or McCourt’s grappling, but McCourt feels the variety of fighting styles wouldn't be an issue for both.

“Striker vs grappler, we’re both from Ireland and we’ll both train hard, fight hard and leave it all in the cage so I think it’s going to be a great night.”

The pair know each other well and have trained with each other before and there doesn't seem to be bad blood between the pair as McCourt explained.

“I know her really well. She’s helped me out in a camp, years ago, coming over to help me spar.

“I’ve done her corner before in Bellator. It’s never personal for me, fighting is about myself and my career and it’s the same for Sinead.”

Regardless of the outcome, McCourt believes a drink will be had after

“We’ll go fight our hearts out and we’ll probably have a drink after.

“That’s just who we are, we’re just quite honest. Work hard, fight hard and there’s no mess around it.”

An iconic, historic, momentous fight confirmed by @BellatorMMA for February 25 in the 3Arena! ☘️