Dublin , Ireland - 16 December 2016; Sinead Kavanagh ahead of her bout at Bellator169 in the 3 Arena in Dublin. (Photo By Ramsey Cardy/Sportsfile via Getty Images)

IRELAND HAS been no stranger to combat fighters over the years, We've had Conor McGregor, Katie Taylor, Gary "Spike" O'Sullivan, and the likes of the Conlan brothers. Sinead Kavanagh represents Ireland's next big UFC star as she enters Bellator 271 to take on featherweight champion Cris Cyborg.

Grit, determination, warrior. Those are the three words coach John Kavanagh uses to describe his fighter. The 35-year-old's holds a similar view to her coach:

She is no relation to the other Kavanagh, but has made her name training under her namesake at SBG Ireland. A professional debut just five years ago, she once shared a boxing scene with Irish Olympic champions Kellie Harrington and Katie Taylor. 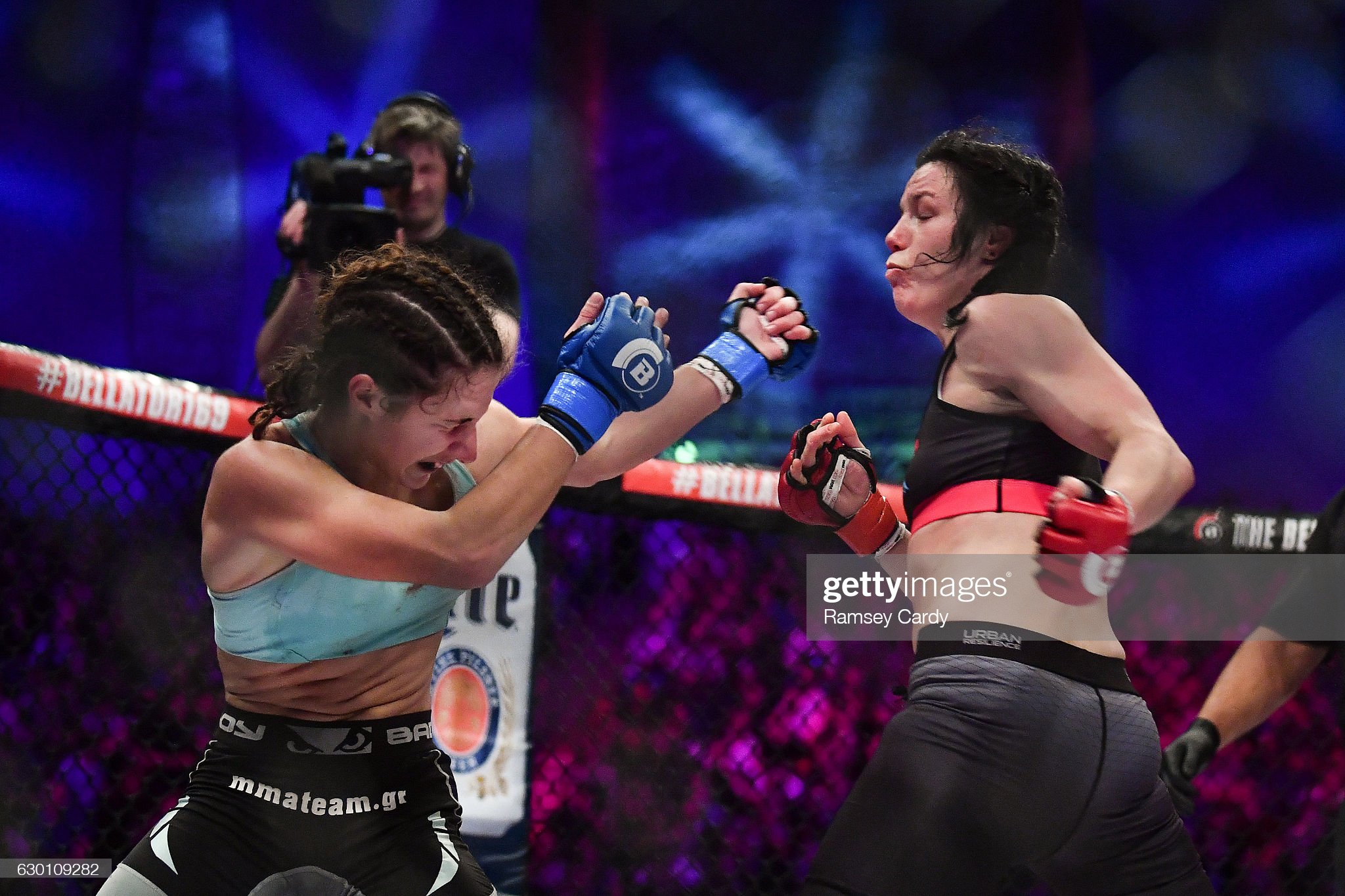 "Boxing wasn't good for me. Amateur in Ireland, women weren't getting paid," she said.

"When I think back on it, it was very dark and I wasn't in a good head space with that sport. I was boxing 10 years, but I had to leave and go to MMA."

Sinead spoke about her wanting to be a boy at young age, she added:

"You're always wishing you were a boy. You were kept away from something you wanted to do. It was heartbreaking."

Sinead not only wanted to feel valued but financially stable, but had the demands of motherhood on her doorstep as she became a mother and had no money.

Boxing as a woman at that time was like having "cuffs" on, Sinead explained as she admitted: "I was broke.

"I went to John's gym, my mate was talking me up, saying I could hit hard. I was in the background with my head down.

"That's what John said he loved about me, gave me classes to do and I done them. I got onto the pro team. John's been very good to me. He's looked after me, took me under his wing and told me I could be a star here [in MMA]." 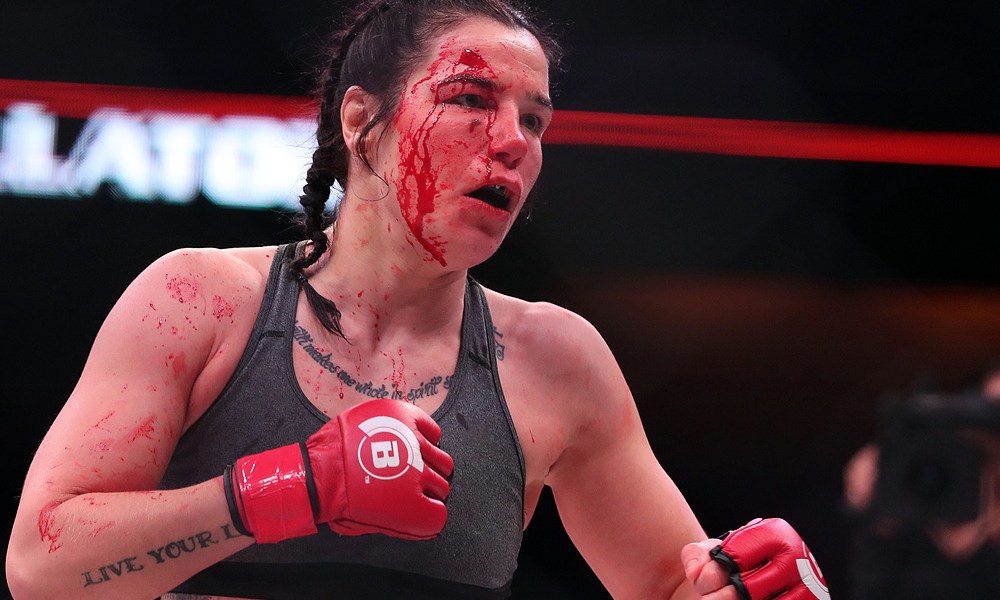 11 pro fights later and Sinead Kavangh will make history. Kavanagh will he first Irishwoman to fight for a major MMA world title.

Like Tayor, who won Ireland Olympic gold and became the countys first first female Olympic champion and world champion in the professional ranks, Kellie Harrington is the only other woman from Ireland to win gold at the games.

Sinead grew up in an Ireland that prevented women from boxing or taking up MMA. It was regarded as nothing more than a blood sport, but could now be on the cusp of rising above the stigma that girls shouldn't fight

"When we were kids there wasn't women's sport really," she explained.

"We were forbidden. Ireland women couldn't even drink in the pubs, that was for men. In Inchicore in the Black Lion there was a man's part of the bar. That was me growing up, that still going on."

"Never give up on your dream. This is where it's taken me, to Miami to fight the best in the world. You can't write that, what's happening. If I win this belt it's going to be some story and I can do it. Definitely."

Another Day in paradise
Fight week I'm chilled as ever 😎 pic.twitter.com/kn2jc4czJ0

Cyborg is 24-2 in her pro career. She has held world titles in Invicta, Strikeforce, the UFC and now Bellator. The Brazilian is a true legend of the sport and undefeated under Bellator's banner.

But coach Kavanagh is not worried. "The goal in MMA is to become comfortable in uncomfortable situations," he said.

"The belt becomes vacant when the referee says fight. She's not the champion, the belt is up for grabs.

"Any person on any given night can have a moment where they get it. Hopefully the stars have aligned and the planets are in the right position.

"Few people have earned it more than Sinead."

Sinead cried when she was given the news by Bellator she would be fighting for the featherweight belt. She "balled" twice, as she put it, convinced Cyborg has never wanted the fight and actively tried to avoid her.

"Usually when I hit them, their whole face changes," Sinead says - and she does not expect any different from Cyborg.

"Beating Cyborg, it can't get any better than that. That's why it's so big to me. It's not a nobody, it's someone who has been there and done it all.

"That's a legacy itself. Coming from Inchicore in Dublin, fighting an MMA legend who is a world champion.

"There's loads of people doubting me. Let them. Once I perform I know no-one is going to beat me. That's what's going to happen."

Ireland go for Bellator gold. Sinead Kavanagh gets the opportunity of a lifetime against Cris Cyborg.