Leinster empty the tank to retain their Guinness Pro 14 title

Jack Conan of Leinster celebrates after the Guinness PRO14 Final match between Leinster and Glasgow Warriors at Celtic Park in Glasgow, Scotland. (Photo By Brendan Moran/Sportsfile via Getty Images)

BY the end they looked exhausted but relieved, another arduous season brought to an end with silverware for Leinster following their 18-15 win against Glasgow Warriors.

A late spring squall at Parkhead concluded with champagne and a send-off of sorts for Sean O’Brien as Johnny Sexton ushered him up to collect the Pro14 trophy.

His hip injury robbed him of a swansong at Celtic Park and it’s also going to rob him of his place on the plane to Japan as Leinster confirmed at the weekend he will require surgery which will rule him out for six months.

It’s more bad news for Joe Schmidt who now has to plan for the World Cup without both O’Brien and Dan Leavy at seven. 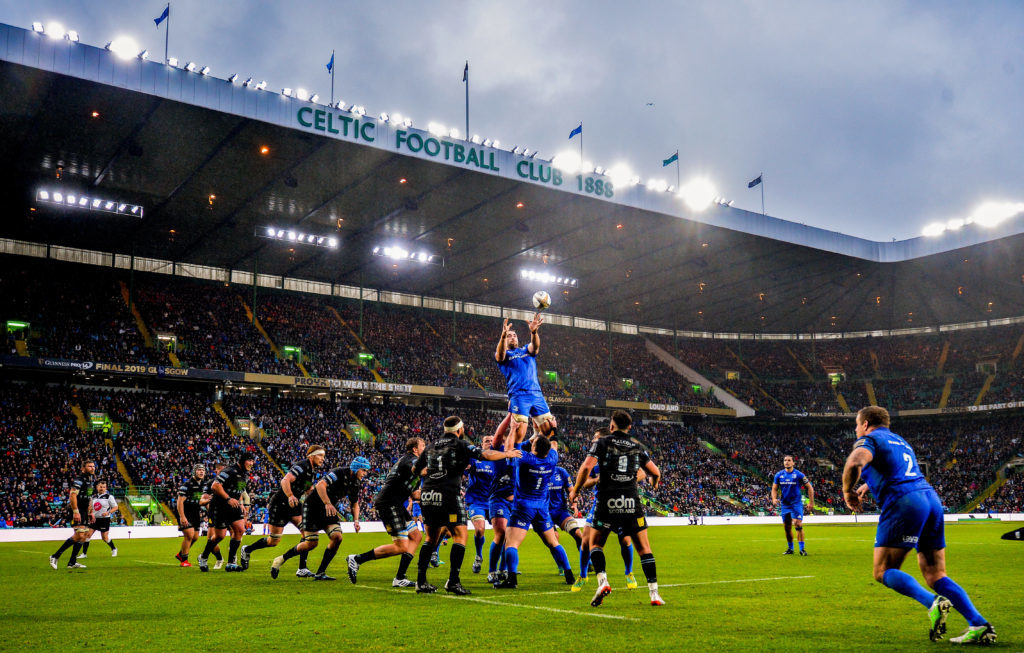 Jack Conan of Leinster wins possession in the lineout during the Guinness PRO14 Final match between Leinster and Glasgow Warriors at Celtic Park in Glasgow, Scotland. (Photo By Ramsey Cardy/Sportsfile via Getty Images)

Josh van der Flier will now be in pole position but there are places up for grabs now depending on who is fit and available. Given the ball skills and breakdown capabilities of Tadhg Beirne, you wonder if his talents would be better suited to openside flanker but that feels like a gamble for Ireland at this late juncture.

When he’s been called upon, van der Flier has been defensively steady in green but it changes the back row dynamic with both himself and Peter O’Mahony linking up to leave CJ Stander as the prime ball carrier – whether that further advances the calls for Jack Conan to start the World Cup at eight, time will tell.

If there was some better news to take away from Saturday, it was that once again an Irish team found a way past a dogged Scottish opponent. In crunch matches this season only Glasgow’s thumping of Ulster in the Pro14 semi-finals stands out against Ireland’s win in Murrayfield in the Six Nations and Munster’s smash and grab over Edinburgh in the European Champions Cup at the same venue.

With Scotland the first acid test for Ireland in Japan, Leinster’s successful defence of their title was another tick in the green box – albeit one that comes with advisories. 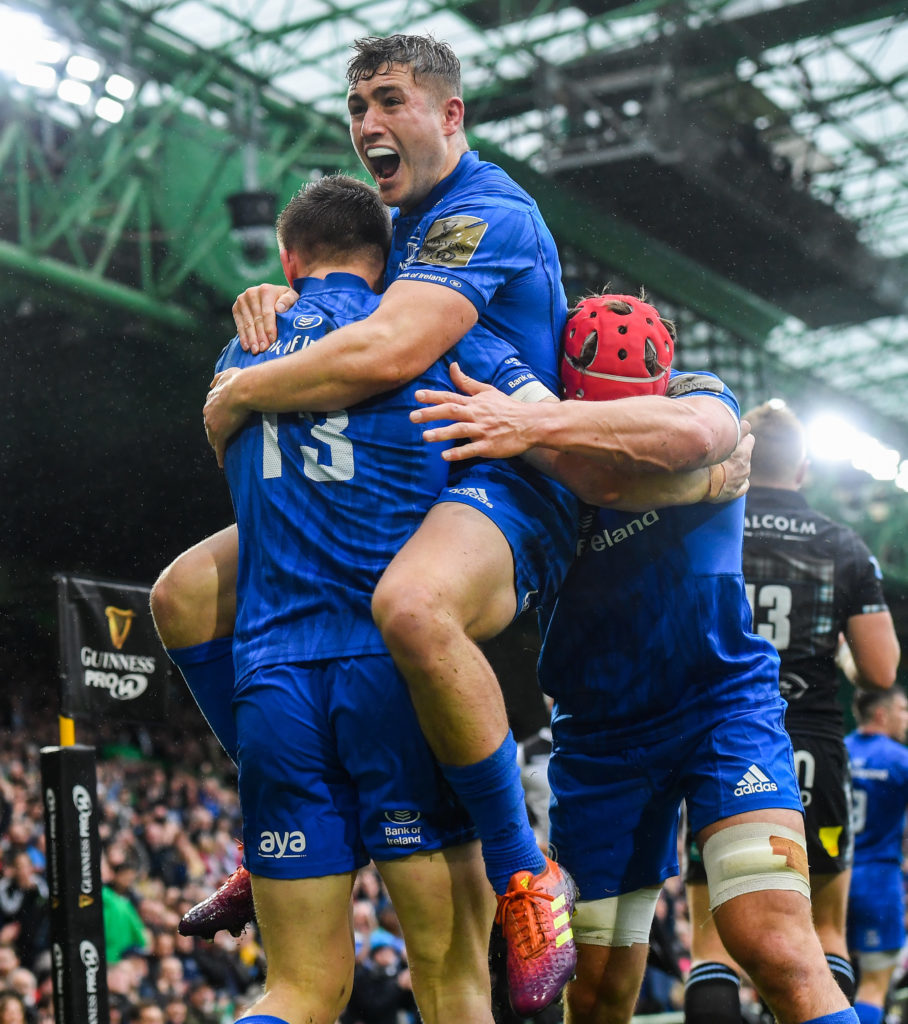 Glasgow went toe to toe with Leinster in an absorbing if unremarkable final, the weather not helping things.

For Leo Cullen there was recognition of the rollercoaster fortnight his side had been on, culminating in Saturday’s win: “It wasn’t pretty but in terms of getting the job done in the final – and the conditions that the lads had to play in as well – I thought they managed it pretty well…I thought there were two teams going fully at the game, giving everything that they have.

"You can see what it means to Glasgow and support that they have. They were outstanding in their semi-final last week against Ulster and it was never going to be easy for our guys; you can see how tight it was as a game but we’re delighted to get the win.”

Garry Ringrose cancelled out an early Matt Fagerson try before Cian Healy wrestled his way over to hand his team a 15-10 lead at the break once Sexton slotted a penalty between the posts down at the Lisbon Lions’ end. 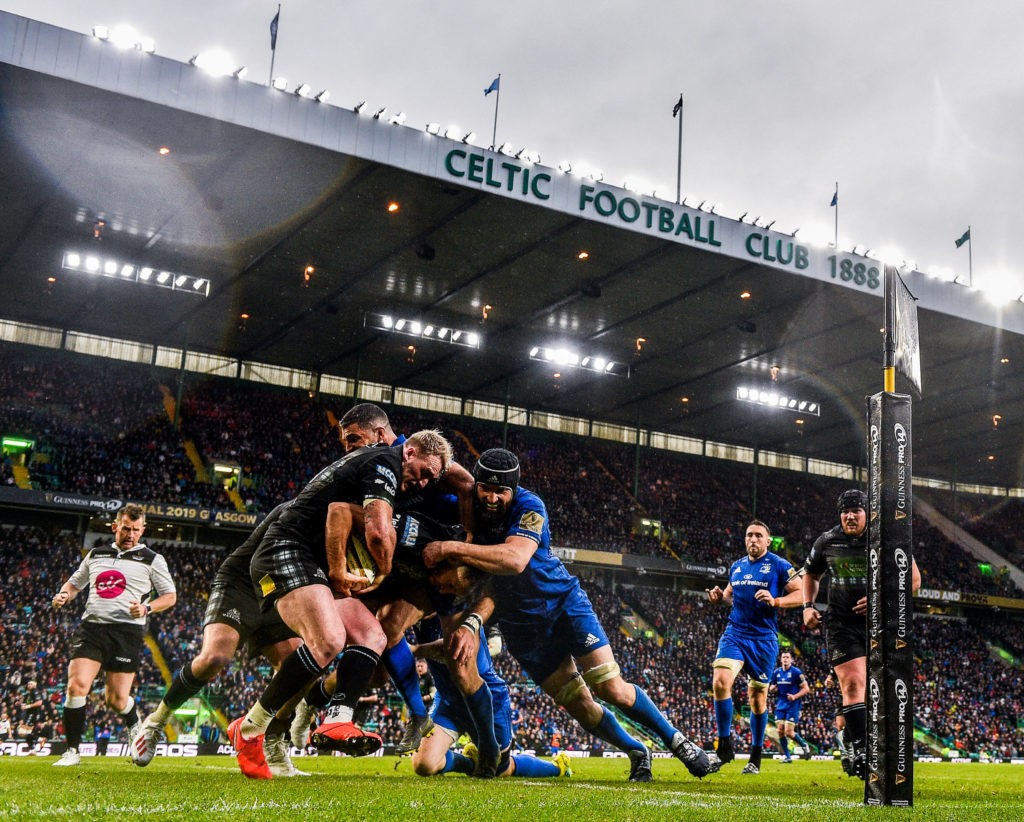 Tommy Seymour and Stuart Hogg of Glasgow Warriors in action against Rob Kearney and Scott Fardy of Leinster during the Guinness PRO14 Final match between Leinster and Glasgow Warriors at Celtic Park in Glasgow, Scotland. (Photo By Ramsey Cardy/Sportsfile via Getty Images)

When Kyle Steyn was sin binned for killing a Leinster counter-attack, Sexton made it 18-10 to leave the locals needing two scores but they simply couldn’t get the ball as Leinster camped themselves downfield.

If anything Leinster were guilty of giving Glasgow a glimmer of hope when they refused another simple penalty to go for the jugular.

Turned over at scrum time they then flirted with more danger when Rob Kearney took out Stuart Hogg to receive a yellow, one that looked pretty fortunate not to be red. The last thing Leinster needed was to face ten of the last fifteen minutes with one less back and the pressure told when Grant Stewart went over in the corner.

There wasn’t enough time for one last salvo, Leinster may have been running on empty but they had done enough to remain kingpins in the Pro14.

O'Mahony: 'It is massively important for us to win a first trophy since 2011'