Munster vs Leinster details for this weekend.

Limerick , Ireland - 18 December 2020; Dan Sheehan of Leinster is tackled by Jack Crowley of Munster during the A Interprovincial Friendly match between Munster A and Leinster A at Thomond Park in Limerick. (Photo By Brendan Moran/Sportsfile via Getty Images)

LEINSTER PLAY Munster in the latest installement of the United Rugby Championship this weekend.

While Munster recorded a 51-22 victory over Benetton at Musgrave Park on Friday night.

The last time Leinster played Munster, Johann van Graan's side ran out 27-3 winners on the day.

Munster sweep past Benetton and now turn focus to Leinster https://t.co/8hw8Kml7J7 via @IrishTimesSport

Both sides welcomed their remaining internationals back to their respective training centres this week after Ireland’s Triple Crown success.

Heineken Champions Cup quarter final ties, with Leinster facing Connacht and Munster going up against Exeter will come after for the sides.

Here are all the details you need ahead of the game.

When is the game being played?

Where is it taking place?

The game is set to take place at Thomond Park in Limerick.

What time is kick-off?

The game gets underway at 7pm.

The game will be shown live on both RTÉ Two and Premier Sports Two. RTÉ's coverage begins at 6.30pm.

Why it's been played this weekend

The reverse Aviva fixture weekend will now be played on the weekend of May 20th/21st.

The switch is due to concerns over the condition of the playing surface at the Limerick venue after Ed Sheeran’s two shows at Thomond Park on May 5th and 6th two weeks before the game. 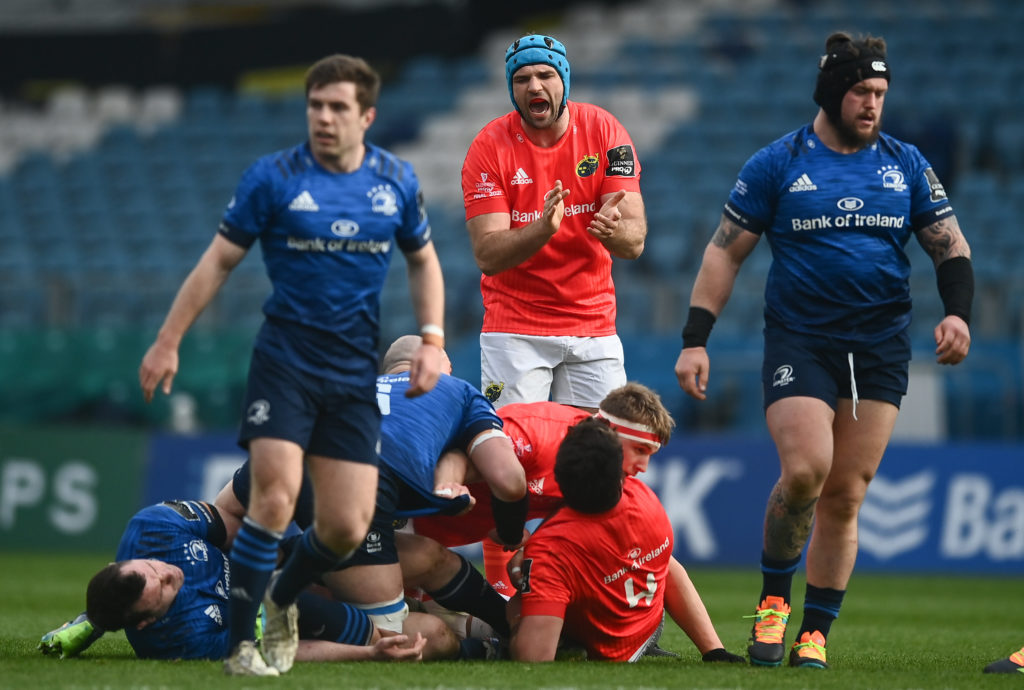 The fixtures for the upcoming United Rugby Championship were released today

Leinster's Nick McCarthy: 'My experience, since coming out though has been entirely positive