ACCORDING TO RTE a new coverage deal with the Camogie Association will see a minimum of nine games shown live on RTÉ television each year.

The deal will run until 2027 and will give a further boost to women's sport in Ireland after a huge push to recognize Ireland's female sporting talents in other fields.

The likes of Rachael Blackmore, Katie Taylor, Katie McCabe have all become household names in Ireland and now Camogie players will get their chance to broadcast their skills on TV.

A minimum of nine games will be shown live on RTÉ television each yearhttps://t.co/6kpTymQjVW

The agreement will allow the the Glen Dimplex All-Ireland senior, intermediate and junior finals televised live, as well as the two senior semi-finals and two quarter-final ties to be shown on tv

As Well as that The Littlewoods National League final and All-Ireland club final will also be shown on the box.

This year's All-Ireland senior, intermediate and junior finals will be televised on RTÉ2 and RTÉ Player as a triple header from Croke Park on Sunday, 7 August.

This year’s league final between Cork and Galway will be broadcast live from Croke Park on Sunday, 9 April

The All-Ireland senior club final will be broadcast on Sunday, 18 December.

RTÉ group head of sport, Declan McBennett said he was delighted with the deal

"The fact we are now covering the final stages at championship, league and club competition shows our commitment as well as both the growth and strength of the game in recent years and the ongoing rise in playing standards.

"Camogie coverage is one key plank for RTÉ in building coverage across Women's sport where visibility remains the key driver assisting with participation and playing numbers." 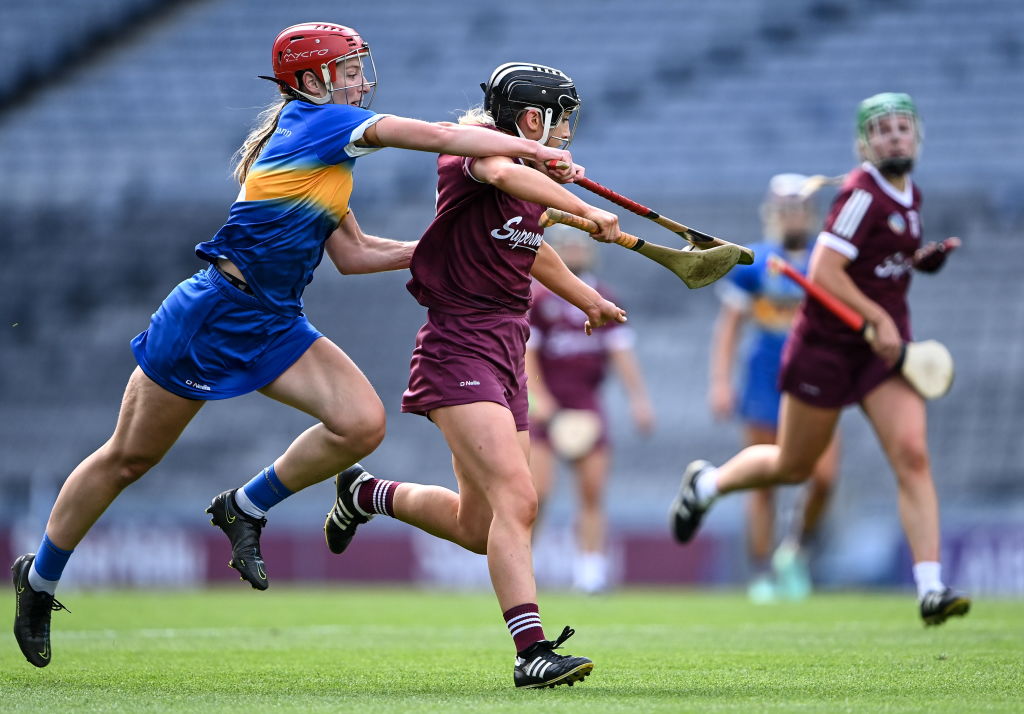 Sinead McNulty, CEO of the Camogie Association said that she was "excited by the potential reach and exposure" that will bring to the game in Ireland.

"It is fantastic to extend on previous working relationships with RTÉ who have demonstrated wonderful technical experience and expertise in covering Camogie, as well as the insights brought by the pundits and commentary teams. We look forward to a very productive and successful partnership."