THE GAA community in London was in shock this weekend following the news that a stalwart of Gaelic games in the capital had passed away.

The Mayo native was a long-term member of the north London club, and played numerous roles within it.

“We don’t know how to start describing what Brendan was to St Kiernans,” the club said. “PRO, registrar, gateman, car park control, umpire, linesman and most importantly a friendly face to all who knew him.”

In a statement posted on their website, St Kiernans, which is based at Mill Hill Rugby Club, confirmed that they had been inundated with tributes to Mr Moyles, whose son Adrian has been a lifelong player for them. 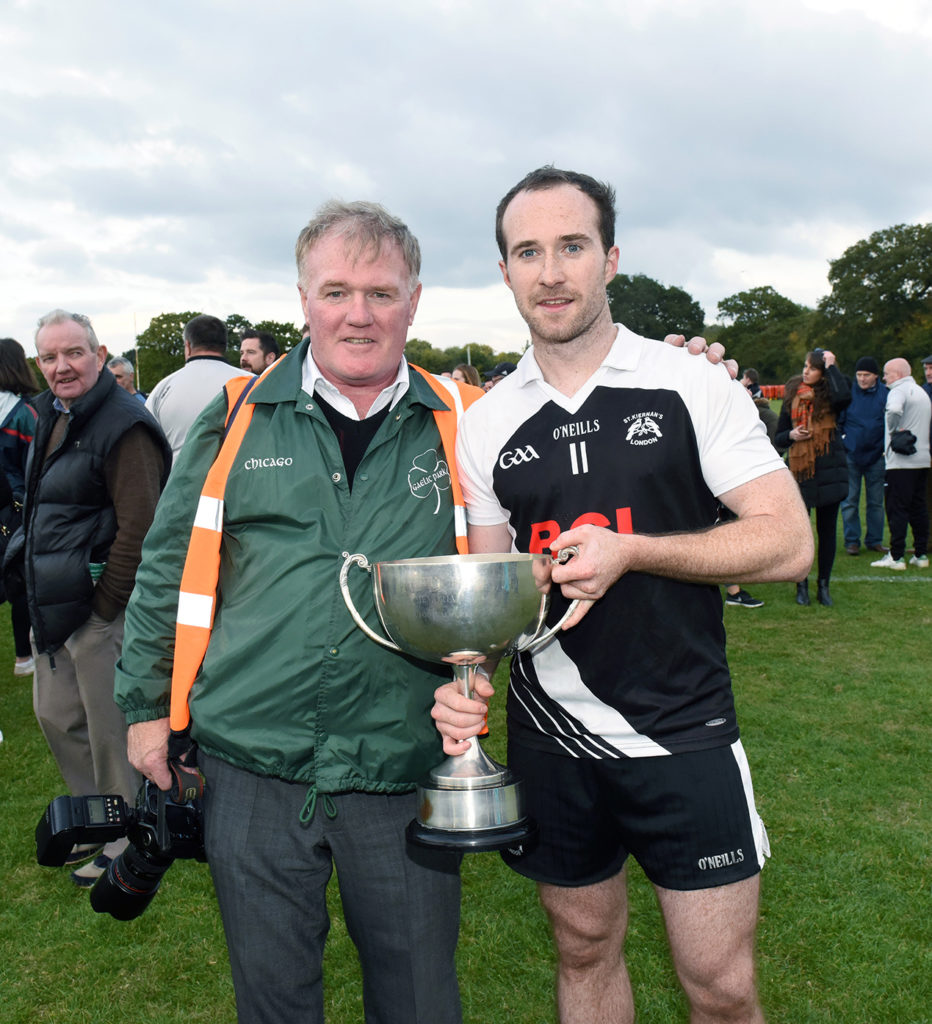 Describing Mr Moyles as “a face known to so many”, they explained: “The long list of tributes that have been pouring in to the club’s social media and the official email address shows just how well thought of Brendan was.”

They added: “A native of Co. Mayo, Brendan has been a huge figure with St Kiernans since his son Adrian first started kicking a ball and his list of roles within the club were endless, from kit man, PRO, registrar, video analysis, photographer, car park greeting, umpire, linesman and much more.

“There was never a job that was too much trouble to Brendan and a smile would greet anyone who passed his way while he was doing it, Brendan never saw the club as a chore or a nuisance and his dedication to the volunteer role within St Kiernans and London GAA will be impossible to replace.”

Mr Moyles was still active in the club in his final few days, they confirmed, as his “final week was spent doing the things he enjoyed the most”.

The dedicated GAA man had spent the previous weekend taking photos and videos at youth GAA blitz competitions in Ruislip, as well as attending an under-13 league semi-final.

“The club will carry on and his legacy will make us stronger,” the club added, “but people like Brendan Moyles will never be replaced and will never be forgotten.”

Funeral details have yet to be confirmed.