Jack Whooley refuses to rest on his laurels since becoming the first Irish person in taekwondo to qualify for the Olympics.

The Jobstown native became Ireland's newest Olympian just before Christmas, after placing in the top-six in the world, to book a ticket for Tokyo this Summer.

The 21-year old agonisingly missed out on a place at the Rio Olympics four years ago, and this was the driver that fuelled him to make sure he would secure Olympic qualification this time around.

“As a sportsperson, when you start off a sport everyone has a goal,” he told The Irish Post this week. 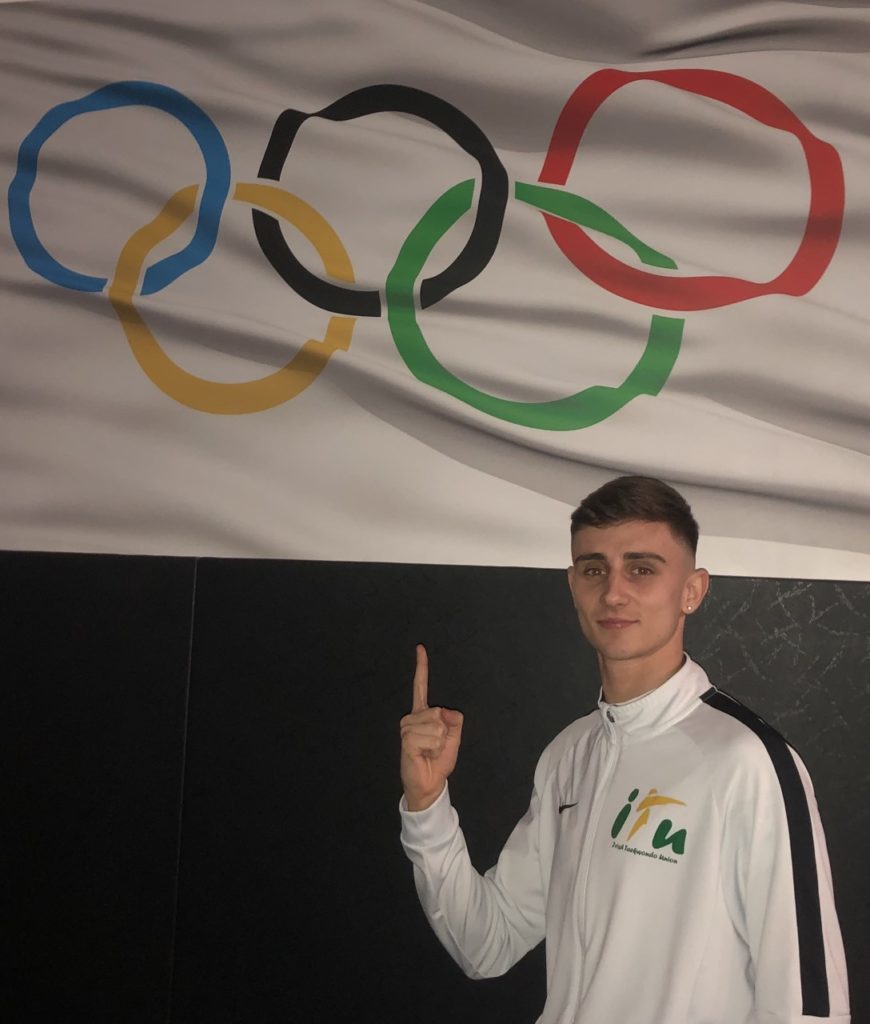 Jack Whooley is preparing for Tokyo later this year

“If you play GAA you want to be on your county team - you’ve got certain goals. Since I was young I wanted to go to the Olympics. I trained when I was younger and we realised I was good enough, and I had the potential to do well.

“I started off my senior career pretty strong. I tried to qualify for the last Olympics and got Bronze at the qualifiers.

"I had to get Gold or Silver. It was heartbreaking, but it kind of pushed me to work hard for four years, not to be in that position again to have to go to the qualification.

“The top six countries in the Olympic rankings qualify automatically and they don’t have to go their continentals. Luckily I’ve got into the top-six this time. I’ve worked hard for four years, and did everything I could points-wise.

“I skipped some competitions, because mathematically it might have worked better in my favour for other competitions.

"I’m top-six now. I’m proud, but I’m more relieved more than anything that I don’t have to go through that horrible heartbreak. I don’t want to be in that situation I was in four years ago. I’m pretty happy now.”

While qualification has been secured, Whooley knows that in order to keep him in contention for medal placings he has to keep up the momentum in training.

“We’ve got a good seven months to train hard and look at who our opponents could possibly be for the Olympics, and just focus on them, rather than having to focus on a group of Europeans, and beat them,” he said.

“Things have changed a little bit in the past few weeks. We found out I qualified two weeks ago. I never get a holiday, I never get time off.

"This year I have gone to 17 International competitions, which is a lot for any international sports person. Some times going to two or three different continents. I have taken a little bit of a break for the last few weeks, which was well needed. The camp was just to top things back up, and make sure that I didn’t just completely fall off the bandwagon. It kind of keeps me a bit on track.”

Whooley is in good company, with the rest of Ireland's Olympic hopefuls at the Sport Ireland Campus in Abbotstown, Dublin – where they have access to strength and conditioning coaches, top dietitians and other supports.

As Ireland's first ever Grand Prix Taekwando athlete, Whooley certainly is flying the flag high for the sport, and will no doubt do Ireland proud in Japan, where an Olympic medal is a realistic prospect.