Saltonstall, with Colin Keane up, centre, on their way to winning the Colm Quinn BMW Mile Handicap on Day Two of the Galway Races Summer Festival 2019 in Ballybrit, Galway. (Photo By Seb Daly/Sportsfile via Getty Images)

Willie Mullins will be looking for his second Plate win today at the Galway races after Blazing Tempo came through for him way back in 2011.

The master of Closutton saddles three runners and the first reserve Pylonthepressure. His nephews David and Danny ride Some Neck and Pravalaguna respectively. Stable jockey Paul Townend is booked to ride Yorkhill.

Mullins also has eight entries in the Guinness Galway Hurdle on Thursday, a race that the champion trainer has won twice in the last three years, but Shanning could be an interesting contender. 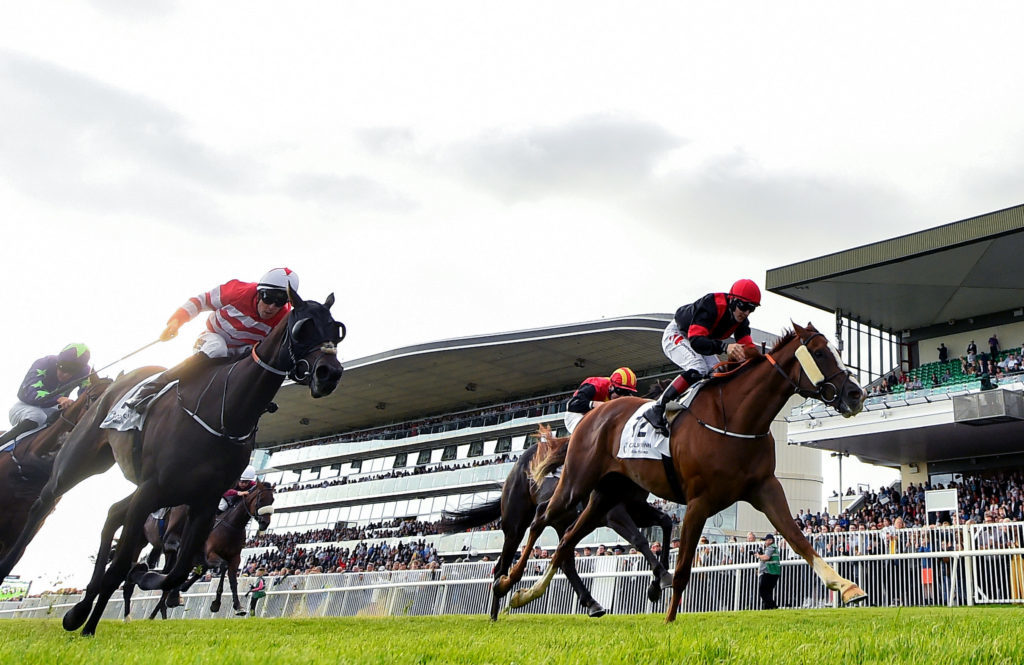 Saltonstall, with Colin Keane up, crosses the line to win the Colm Quinn BMW Mile Handicap on Day Two of the Galway Races Summer Festival 2019 in Ballybrit, Galway. (Photo By Seb Daly/Sportsfile via Getty Images)

The Galway Festival is one of the most famous race meetings in the world.

The seven day extravaganza is celebrated in both poetry and song and as well as being one of the top race meetings in the country,  it’s also counted as one of the major social occasions of the year where rock stars, politicians and ordinary punters mingle together taking in the buzz of the amazing atmosphere.

A mixed meeting of both jumps and flat racing, the main events of the week will be the Galway Plate on Wednesday and the Galway Hurdle on the Thursday which is also Ladies day.

See next week’s Irish Post where we will have action and reaction from Ballybrit.