COUNTY MAYO is known for its fantastic beaches-- one even holds the title of one of the best beaches on the planet.

Ireland's weather may be notoriously unreliable, but that doesn't stop us from heading to the beach whenever we get the opportunity.

Of course, we do get the odd sunny day too, and it's days like these that the Emerald Isle truly earns its namesake, becoming an absolute jewel as it glimmers under the summer sun-- but Irish beaches are genuinely gorgeous year-round, whether basking under the sun or battered by wild winds and waves.

Mayo is a large, wild, sprawling county with so much to offer and more beaches than you could ever visit in one short trip-- so here are just some of the best to visit for your Staycation this year.

While it hasn't won international titles, Doogort Beach on Achill Island is just as gorgeous as its more famous counterpart. Close to a picturesque village with towering mountains in the background, you'll easily spend hours admiring the view and exploring the nooks and crannies on this idyllic strand.

A secluded sandy beach almost tropical in its appearance, the Old Head Beach in Louisburgh was once the playground of actor Daniel Day Lewis, who spent his childhood summers here. Bask on the soft sand on a sunny day while admiring the famous Croagh Patrick in the distance. 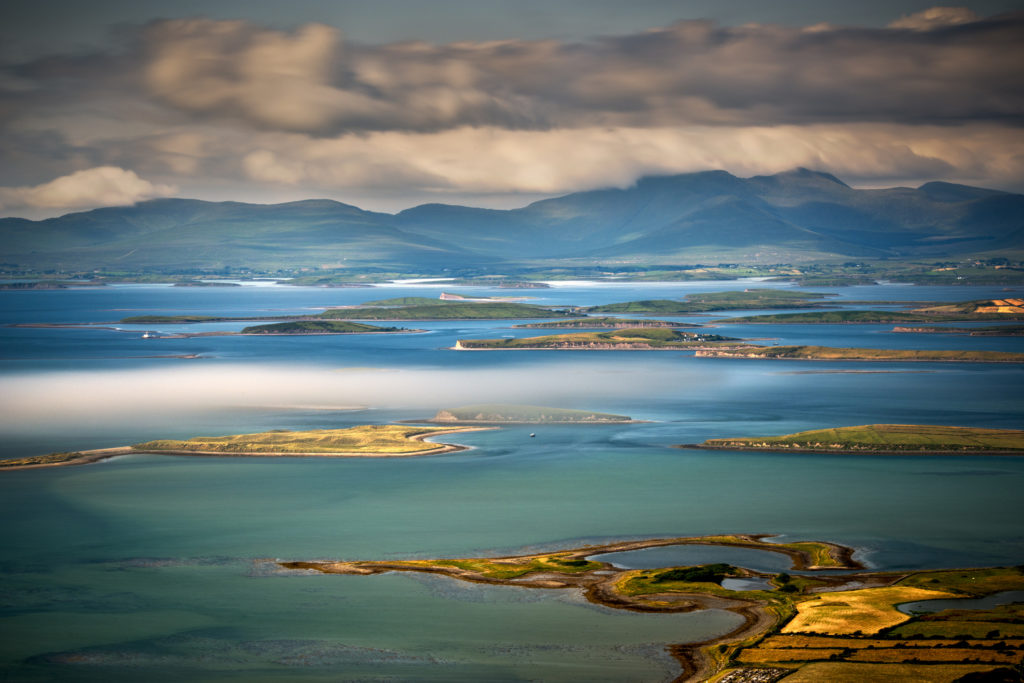 This unique ocean bay can be best seen from atop Croagh Patrick, but is just as beautiful from below. Each tiny island has its own beach or pier, but which one to choose? A good place to start is checking out this Airbnb which gives you access to one entire private island-- including an array of water sports facilities.

Situated at the entrance to Clew Bay, Mulranny beach is famous for its crystal clear waters, soft white sand and breathtaking views. Perfect to while away a few hours with a relaxing stroll. 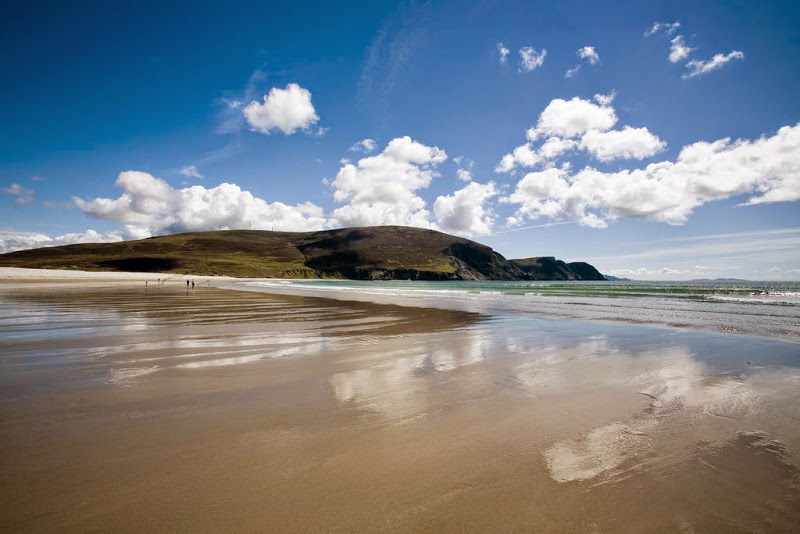 Another Achill Island favourite, Keel Beach is an extensive strand stretching 2.5km and offers magnificent views of both the Slievemore mountains and the Mweelaun Cliffs-- it's also a fantastic spot for water sports for the more adventurous among us! 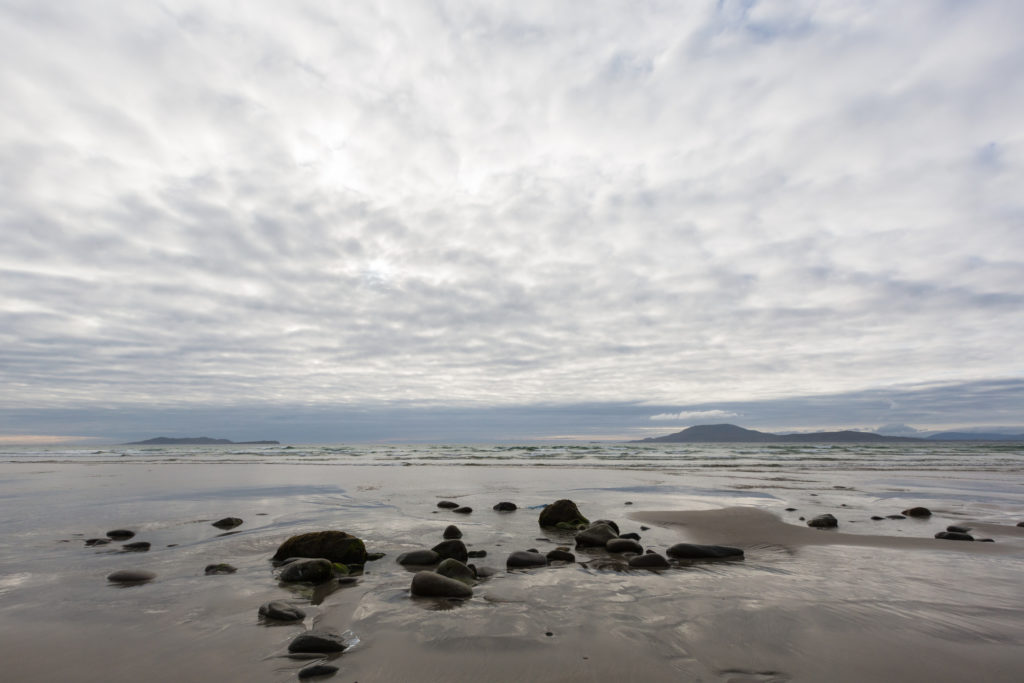 A hidden gem nestled along the isolated, peaceful countryside of County Mayo on the Mullet, Cross Beach is popular with surfers and hikers-- the Loop Walk nature trail offers spectacular views and is filled with flora and fauna, as well as the ruins of the old Cross Abbey. 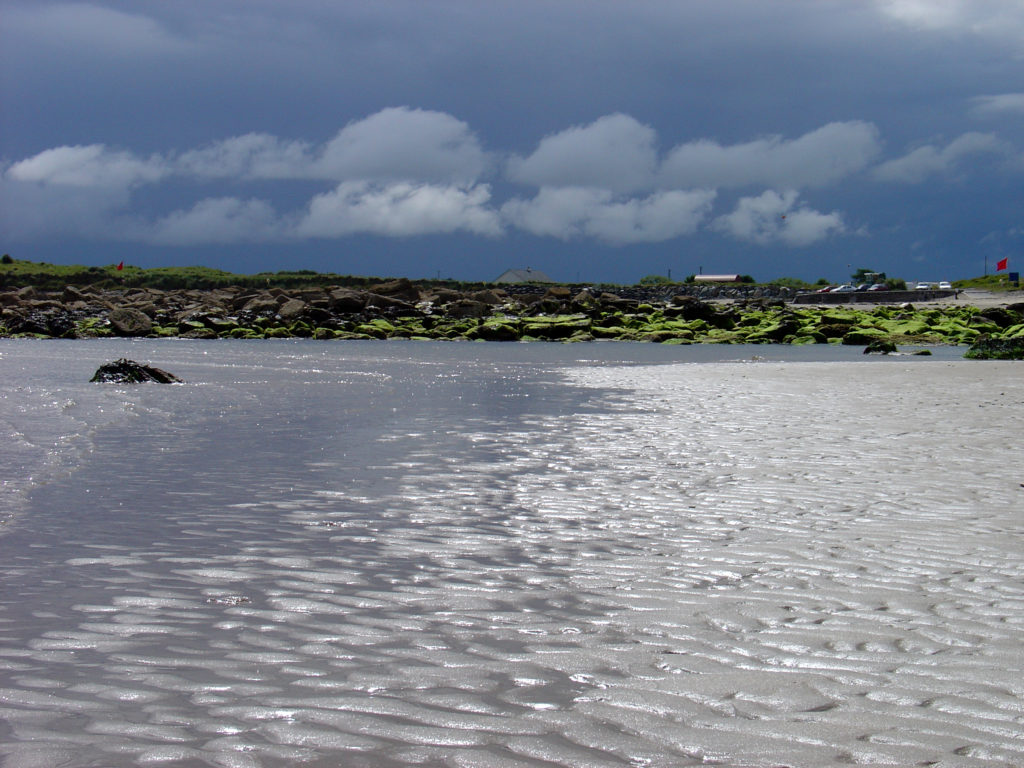 Described as 'the perfect family beach', Ross Strand near Killala in North County Mayo is a Blue Flag beach offering a safe and peaceful place to swim as well as a gorgeous 5km walking route which loops around the strand.

Just a short drive from Westport, Bertra Beach is a long, wide shingle and sand beach beginning from the foot of Croagh Patrick utterly unique in its appearance -- another Clew Bay beauty.