Poetry from the island 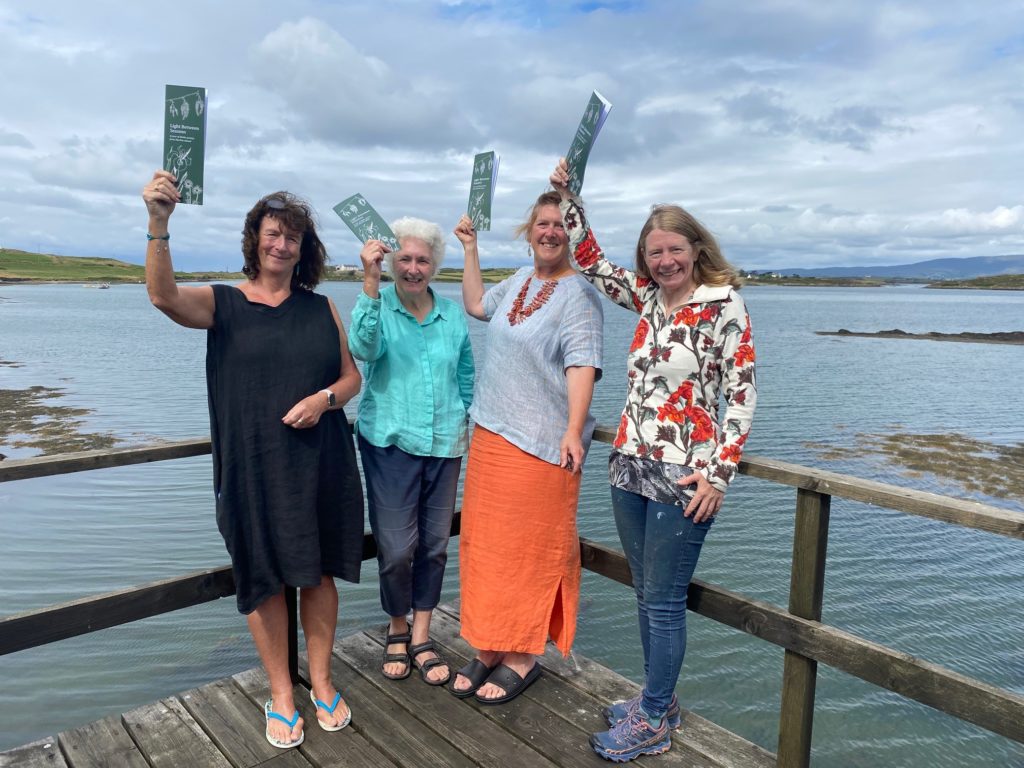 The collection features edited threads of Haiku and the lively quips of conversations that flowed between group members via WhatsApp during Covid lockdown over a twelve-month period from September 2020 to August 2021.

All proceeds from the sale of the book will go towards funding the purchase of Sherkin Island’s former national school building for community use.

This latest collection features over 200 Haiku poems, as well as illustrations of island flora by members of the Haiku group.

To celebrate the new book, members of the group have placed haiku poems around the island.

With three lines and seventeen syllables, Haiku is a form of Japanese poetry.

The Haiku featured in this book capture the ever-changing wild beauty of nature and life. They give a sense of a close community bound by creativity and a shared love of Sherkin Island in Roaringwater Bay, West Cork.

The Sherkin Island Haiku Group first met in the winter of 2013 when artist and facilitator, Tess Leak, held Haiku workshops in the Community Hall on Sherkin Island. Their first book, ‘Haiku Island’ recorded this experience, followed by ‘Bare Branches’, a collection of Tanka poems.

With the arrival of the Covid19 global pandemic, the Haiku poets formed a WhatsApp group so that they could continue sharing their poetry during lockdown, and as a way of keeping the community, both on and off the island, connected. Almost 200 Haiku from this period appeared in ‘Together Apart – Haiku from a locked down Sherkin Island’ in 2021.

Tess Leak said: “Like all of our poetry collections to date, ‘Light Between Seasons’ has been an absolute labour of love for all involved and we are very grateful for the support of Sherkin Island Development Society (SIDS).

“We are delighted to give all of the proceeds from the book this year to help fund the purchase of Sherkin Island’s former National School building and garden to create a ‘Neart’ Hub for the island community.”

‘Neart’ is the Irish word for strength. The fundraising target is €80K to cover the purchase, after which a decision will be made by the community regarding its upgrade, development and future use as a hub for diverse use such as educational, heritage or cultural activities.

Books are available for €15 including P&P https://sherkinisland.ie/haiku/ or email [email protected]