“A SOLDIER’S missing — they left him behind,” is the urgent report of a Belfast-based British military officer in ’71, a terrific thriller from director Yann Demange.

Set during the early period of the Troubles, ’71 is Demange’s feature debut and stars rising talent Jack O’Connell as a recruit who gets separated from his unit in Republican Belfast. Needless to say he has a tough time getting back to barracks.

’71 is featured in the line-up for the 58th London Film Festival and in what is another mouth-watering menu at the LFF, it’s the standout movie for Irish interests.

Set in 1971, it covers the time before the lines of brutal resistance were fully hardened (before Bloody Sunday), before what initially seemed an emergency skirmish became an extended sanguinary conflict. Along with O’Connell, ’71 includes support performances from ever-watchables Richard Dormer, David Wilmot and Martin McCann.

Being frank, it must be admitted that 2014 looks a somewhat thinner year for Irish film at the LFF than 2013.

Last year we could boast big-name performers at the top gala screenings — Colin Farrell, Michael Fassbender — as well as Stephen Frears’ Philomena and Alex Gibney’s The Armstrong Lie. This year our pickings are leaner, which is not to say there isn’t some rich stuff.

What’s most salient of the homegrown fayre is Tomm Moore’s full-length animation The Song of the Sea, his long-awaited follow-up to the Oscar-nominated Secret of Kells (2009).

Featuring the voices of Brendan Gleeson, Fionnula Flanagan and aspirate-toned songstress Lisa Hannigan, the film tells the story of Saoirse, a legendary “selkie” who can shapeshift between land and water.

In the world of international film, Irish animation bows to none — as The Song of the Sea shows. There will be Irish movies made this year with more biting drama, but not with more vibrant colour. 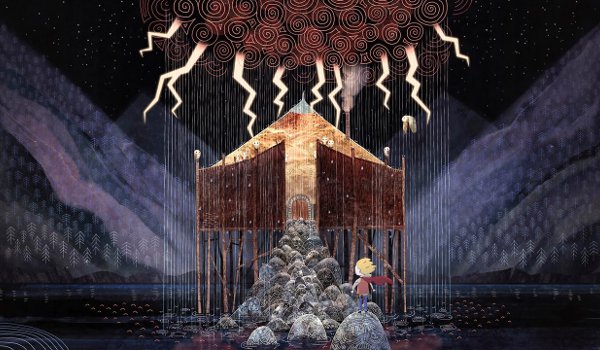 English-born of Irish descent, colourful character actor Tom Hardy (he has a leprechaun tattooed on his shoulder) teams up with the late-great James Gandolfini in The Drop. Adapted from Dennis Lehane’s short story, the film sees Hardy and Gandolfini as struggling losers in blue-collar Brooklyn.

The Irish-American Lehane is well established as the gold standard for narratives about the grubby white-American underclass — see Mystic River (2003). A bittersweet inclusion for the LFF, The Drop was Gandolfini’s last screen role.

Another sweet-and-sour offering comes by way of Mommy, Xavier Dolan’s story about the turbulent relationship between an unsettled mother and son. A hotch-potch of Quebecois-Canadian, Spanish-Egyptian and Irish ancestry, the avidly gay Dolan cites Oscar Wilde among his influences.

There are also touches of Pedro Almodovar in the comic and melodramatic styles in which he exposes the polar pressures of Catholicism and homosexuality. Still merely 25 years old, Dolan is about the best young film director around.

There’s a very intriguing offering from brothers Matthew and Daniel Wolfe with their screen debut Catch Me Daddy. Starring Sameena Ahmed and Conor McCarron as runaway sweethearts, it tells a tale of inter-racial romance and family loyalty. Shot by venerated indie cinematographer Robbie Ryan, Catch Me Daddy is a mix of social realism and modern western. It’s even being spoken of as an update of John Ford’s classic The Searchers (1956).

And talking of the great man, his masterful western My Darling Clementine (1946) is among the LFF’s “Treasures” screenings. Arguably the best of Ford’s so-called “settler” trilogy — the others are The Searchers and The Man Who Shot Liberty Valence (1962) — My Darling Clementine is loosely (very loosely) based on the Gunfight at OK Corral and while it’s slight on history, it’s deep in myth.

Made just after WW2, it dealt with America’s early Cold War uncertainty and its sense of being a military superpower. Starring Henry Fonda and Victor Mature, it’s worth seeing just for Walter Brennan’s role as the embittered Ike Clanton: “Don’t draw your gun unless you’re gonna kill a man.”

There are western inflections also in The Keeping Room, which is set during the last days of the American Civil War and sees Brit Marling as one of a group of women forced to defend themselves against an onslaught of male violence. It features the remarkable Ned Dennehy, who can seemingly tie his shoelaces and somehow suggest simmering menace or touching instability.

Meanwhile John Boorman’s Queen and Country, about a young man’s national service during the Korean War, includes support roles for both Pat Shortt and Sinead Cusack.

If you’re looking for something weird or wacky, you might try the experimental efforts of Irish-American artists and collagists Patrick O’Neil, Chris Regan and Michael Robinson. The Irish Film Institute has long particularly admired Robinson’s work and his short film, The Dark Krystle, is worth a look for its rehash of the 1980s soap opera Dynasty. It seems David Lynch isn’t the only Irish-American surrealist.

Finally, there’s Colleen Moore’s razzamatazz musical Why Be Good? (1929), which has been restored after several decades languishing in vaults. Moore wasn’t classically beautiful like Lillian Gish, nor sexually vampish like Louise Brooks but she had a sexy homely quality that made her rather provocative, as the title of this movie implies. Great music, great dancing and great fun. Enjoy!

'It was hard to shake off my character in '71,' says Jack O'Connell