IT COULD be said that the Irish language is undergoing somewhat of a revolution. Having recently been recognised as a full and official working language within the EU, and with towns and cities becoming increasingly Gaeilge-friendly, the country and Irish people everywhere appear to be more comfortable with tapping into the language.

It is no surprise that this has spilled over into the creative world too. Modern plays, music and film through the medium of Irish can be found everywhere, and indeed they are finding critical acclaim for their contributions to promoting the language both at home and abroad.

One such person involved in this creative revolution is Dónall Ó Héalai from Connemara. Having had one of his first roles in TG4's teen drama Aifric in 2006, in recent years he has once again found roles in two Irish language features. Released in Ireland towards the end of 2020, and now available to rent online, the Famine-era set Arracht sees hims play Colmán Sharkey who must go into hiding following an act of violence that he did not commit.

Releasing on 11 March, Foscadh sees Ó Héalai take on the role of John Cunliffe, a naïve recluse who is suddenly propelled into manhood at the ripe old age of 28 after the passing of his parents.

Speaking from Dublin, he explains that acting was not something he knew he wanted to pursue until his mid-twenties.

"I guess I started acting with a youth club growing up, sort of informal sketches, and that's where I got the taste for it," he said. "I went on to college and I studied media studies and Irish, because I thought I'd have to get a serious' degree under my belt first, but when I moved to New York I got involved with the Stella Adler and the seed that was planted from Aifric was still there."

Upon returning to Ireland, he attended the Bow Street screen acting academy, which was then known as The Factory. It was here where he says he became "obsessed with all things film."

"I just wanted to learn as much as I could and I still do."

Looking to his native Connemara, Ó Héalai recognises the strong tradition of storytelling and culture from the area.

"There was and is a great tradition of local theatre in the west of Ireland, and a great storytelling tradition on top of that," he says. "There are some people who have come before me, especially those who would have gone on to work with the Abbey Theatre or An Taibhdhearc. That was where I did my first professional play and I would have been exposed to stuff happening there. Then there's the Irish drama group Fíbín, or Bob Quinn's Poitín. These are all things that I was aware of and which probably silently encouraged me to give it a go." 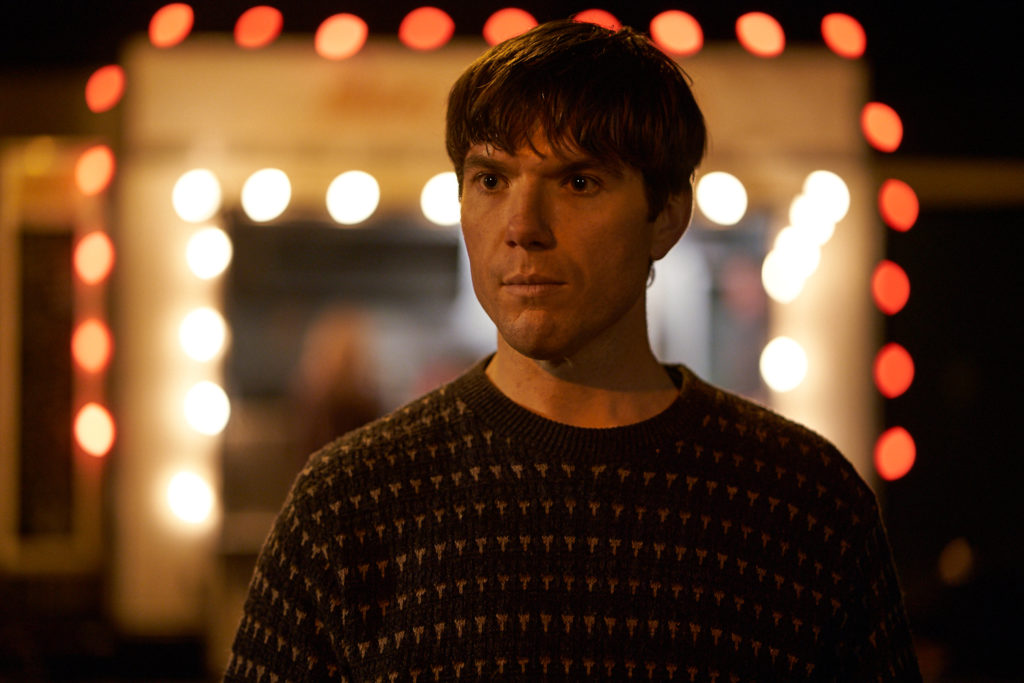 In the lead up to landing the roles of Sharkey and Cunliffe, Dónall had been focusing on a separate passion project involving the Irish language.

"I think being a full time artist in any capacity in Ireland is not without its challenges," he says. "It's only since the introduction of Cine4 which is a scheme that was spear-headed Alan Esslemont in TG4 that there has been this wave of Irish films that have been made. Up until then there wasn't the same opportunity to make Irish films in the way there is now. That support to tell stories has been really pivotal."

"I had stepped away from the industry a little bit. At the time I was concentrating a bit more on another passion project to do with the Irish language, and then Paddy Hayes and Seán Breathnach, the producer and director of Foscadh, got in contact to tell me they were applying for funding and if I'd like to be involved. The same was true with Tom Sullivan and the Arracht script."

While he is more than open to working in the English language as well, Dónall is proud to play a part in this new wave of Irish cinema.

"I'd see myself as an actor first and foremost so I'm just as open to acting in English as I am Irish, but I do think we are in a very exciting chapter in Irish film history in that there are Irish language films that are really breaking through in a way that they hadn't before. Between Arracht and Foscadh, and An Cailín Ciúin winning at Berlin only a few weeks ago - these are thresholds that hadn't been crossed before. It's hugely exciting to be part of that in some way."

Foscadh is based on the Donal Ryan's novel The Thing About December, which provided "creative fertile ground" for its adaptation. The friendless character of John finds himself thrust into the adult world when the land he inherits from his parents is located in the way of a lucrative wind-farm development. He is forced to navigate the choppy waters of romance, trust and vengeance.

"It's really rare as an actor to be involved in something from so early on, which was the case with Foscadh, and Arracht too," he said. "I had seen Seán's short film Maidhm, and I remember seeing that and being really struck by the visual storytelling ability he had. So when I connected the dots that he had done that I was really hungry to work with him. When you get a chance to work with people who's sensibilities are similar it's a really special experience."

The majority of the novel takes place in John's head, which felt like a challenge for Ó Héalai to portray on screen.

"Reading the novel you really get an insight into how this man sees the world. He's quite introverted and the story is quite internal because of that. I was really interested in trying to articulate that on screen. I've met and I know some people not dissimilar to John, and I think anyone in rural Ireland can recognise a person like John, so I felt there was a lot to draw from."

The feature was filmed in Corr na Móna in the Gaeltacht region, with the setting of the film lending itself to the theme of isolation that is present.

"Colm Hogan did such an amazing job of merging both the landscape an the narrative together, and one encourages the other. The shelter provided by the mountains feeds into the isolation in the story and I think a lot of people who have seen the film have commented on that." 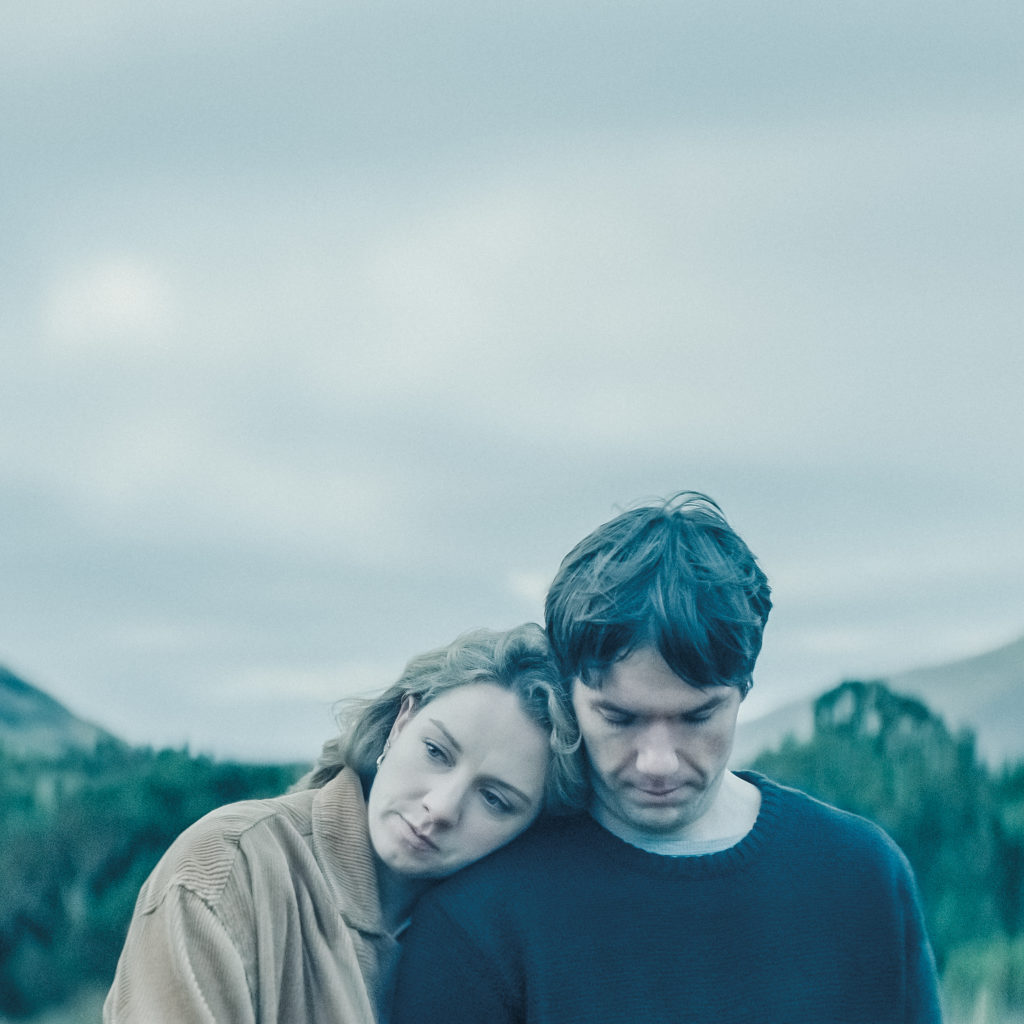 The historical setting of Arracht was also an aspect that drew Dónall to the role of Sharkey.

"There was a sense of responsibility and we felt that we had to honour the integrity of that time and the people who lived through it. A lot of our conversations were about keeping that in tact and the language was central to that."

The film went on to receive several nominations at awards shows and recognition at festivals such as the Dublin International Film Festival and the Glasgow Film Festival.

Foreign language entertainment is entering further into the mainstream, and Dónall sees Irish language features competing alongside the best in the world.

"Audiences around the world are getting more accustomed to reading subtitles and that's changing mentality of viewership and what people are open to watching.

"Parasite won Best Picture and Best International Feature at the Oscars, and that was a threshold moment. There's Squid Game, and Unorthodox on Netflix blew me away. Streaming platforms have really helped broaden the interests of audiences and have allowed for a wider selection of cinema and television to reach audiences.

Not only has he appeared on screen, but gamers may also recognise Ó Héalai from his motion capture work in the hit video game Red Dead Redemption 2. In it Dónall plays the O'Driscolls, an outlaw gang appearing as antagonists to the game's main character. The game is the tenth most successful of all time with over 43 million copies sold.

"That was a total thrill because I had never done motion-capture before," he explains. "The technology they use to make these games is certainly beyond anything that I had seen before. There were a good few Irish actors involved with it, and there were a lot of NDAs with Rockstar Games, and even the auditioning process I didn't even know what it was I was going into.

However, he admits that he's not a huge gamer and never got far enough into the game to see himself appear, but recognises the "huge traction" it has as a franchise.

Upcoming roles for Ó Héalai include boxing feature Clinch, which requires a level of fitness "beyond anything" he has ever experienced before, and North Sea Connection, new drama thriller series from RTÉ.

Dónall is also set to be recognised at the US-Ireland Alliance's Oscar Wilde Awards towards the end of the month. He will be presented with the Wilde Card Awards which which is regularly presented to up-and-coming talent, with other talent to be awarded on the night including Kenneth Branagh, Jamie Dornan and Adam McKay. Recent IFTA nominations also include his name on the Best Actor list for his role in Foscadh, with the ceremony taking place on Saturday 12 March.

"To be named alongside other actors for the IFTAs and other award winners at the Oscar Wildes like Adam McKay, Kenneth Branagh, Jamie Dornan, it's unbelievable and hugely humbling," Dónall says.

"Being recognised is truly a testament to the work of a large group of people, and certainly in my case it takes a village to make a film. That's true for both Foscadh and Arracht - it's the talent of others that carries you."

Foscadh is released in select cinemas in Ireland on 11 March, with an online release to come at a later date. It will also be played in London at Catford Mews on that date at 8pm as part of Irish Film London's St Patrick's Festival 2022.

More information about the film can be found on www.eclipsepictures.ie