Organised in association with the Mayor of London’s St Patrick’s Day Festival, the organisation’s screenings will take place at Hammersmith’s Riverside Studios as well as Lewisham’s only indie cinema, the three screen Catford Mews.

The IFL team will also be present on at the Mayor’s St Patrick’s Day Festival in Trafalgar Square on Sunday, March 13.

They will host a dedicated market stall at the festival and will screen family friendly short films on the big screen.

“Following the model which has allowed the IFL team to reach global audiences in the last 18 months, additional screenings will also take place online through the popular Irish Film From Home platform,” they added.

The festival opens on Friday, March 11 with a screening of Foscadh - a brand new Irish language drama featuring Screen International’s ‘Star of Tomorrow’ and Arracht lead Dónall Ó Héalaí in a film which was won Best Irish debut feature at Galway Film Fleadh in 2021 and was longlisted as Ireland’s selection for Best International Feature Film at the 2022 Academy Awards.

Foscadh, the Irish for ‘shelter’, is directed by Seán Breathnach and is set in Connemara, where the story follows its sheltered protagonist John after his parents’ death.

The film explores John’s protracted adolescence as he has his first experience of relationships, trust and vengeance.

Alongside a busy release schedule throughout Ireland, the festival will welcome Foscadh’s director Seán Breathnach as part of a specially recorded intro, which will feature alongside the film screening at Catford Mews on Friday, March 11 at 8pm. 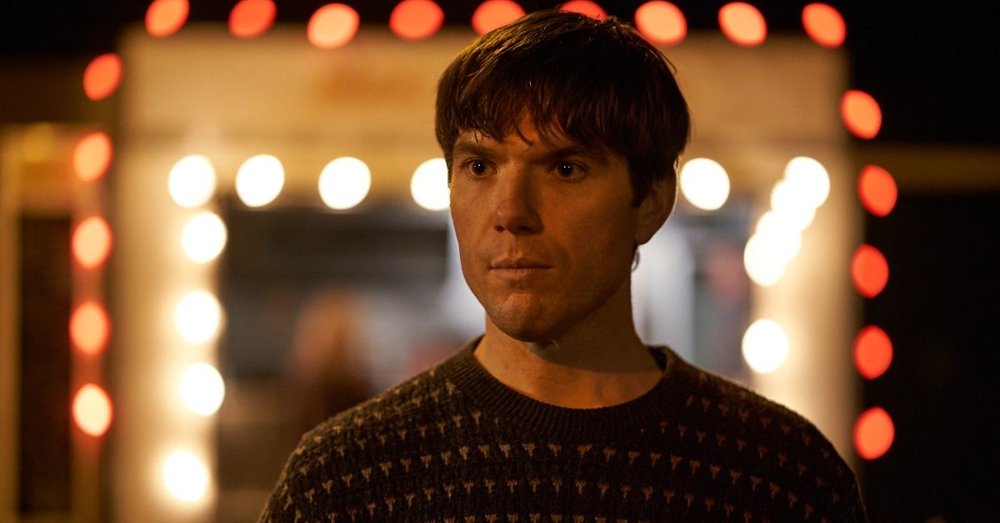 Foscadh, the Irish for ‘shelter’, is directed by Seán Breathnach and set in Connemara

The festival continues on Sunday, March 13 with a special screening of Cartoon Saloon’s The Secret of Kells.

This modern Irish animation, released in 2009, was the first of Cartoon Saloon’s trilogy preceding the Song of the Sea (2014) and Wolfwalkers (2020).

The film follows Brendan, its young protagonist, as he embarks on a quest when he discovers a magical but unfinished book forcing him to venture outside his home.
The Secret of Kells will screen at Catford Mews on Sunday, March 13 at 1pm and will be followed by a craft workshop delivered by Kabutar Arts in the cinema’s foyer at 2.30pm.

On Monday, March 14, IFL are at Hammersmith’s Riverside Studios for a special talent-led screening of the Irish-produced film Wolf.

This psychological drama follows Jacob who suffers with Species Identity Disorder believing he is a wolf in a human's body.

After being sent to 'The Zoo' - a psychiatric unit that deals with this disorder - he befriends Wildcat as they help each other cope with the unit's harsh experimental therapies conducted by The Zookeeper, Considine.

Wolf is mostly filmed in Dublin and displays an array of Irish talent in its supporting cast.

An exclusive director and cast Q&A will take place at Riverside Studios/PictureHouse Central on Monday, March 14 at 8.30pm. 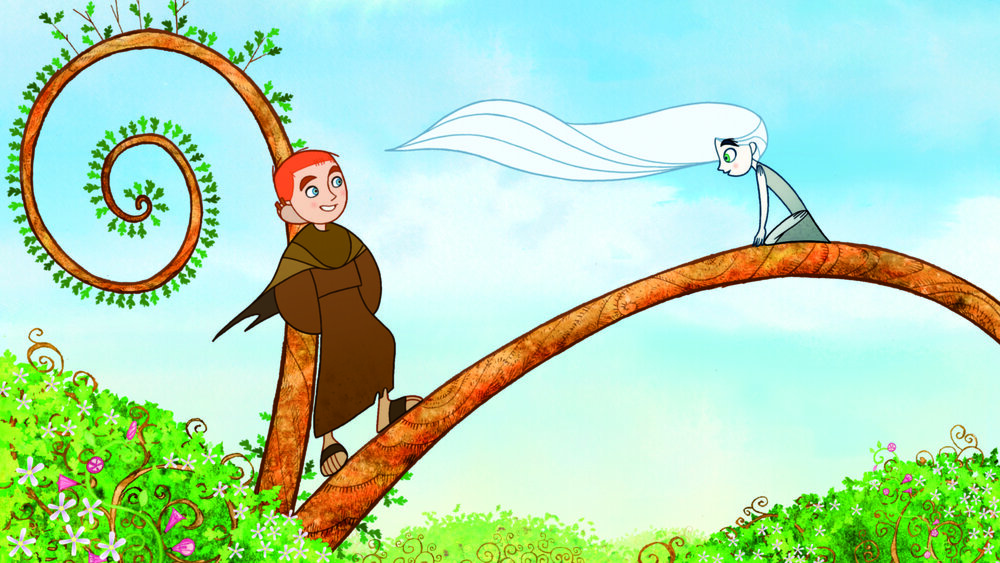 As usual, IFL’s festivities aren’t confined to the cinema with a great programme of new short films and other content available via the increasingly popular Irish Film From Home platform.

With the ever-growing popularity of the documentary form, a programme of five short documentaries promise to inspire and enthral viewers.

JOY by Jennifer Horgan & Pierre Yves O'Reilly is a celebration of Ireland and call to action for fairness & equality in Irish society.

Forerunner by Kevin Bennett and Dave Thorpe takes us to Youghal and the inspiring story of visually impaired ultra-runner, Dr Sinead Kane.

Pompeii by Jacek Zmarz and Louis Harris-White, introduces the extraordinary artwork of Irish gardener and artist, Gerard Dalton, who created a monumental visionary environment at his London home.

Sticking with art in unusual places, Portráidí Criathraigh/Bog Portraits by Rí­onach Ní­ Néill and Joe Lee is an ‘as Gaeilge’ documentary about artist, Seán Ó Flaithearta’s installation cut into the bog in Ros Muc, which commemorates two notable locals.

Mam’s Old Chair by Sheena Walsh is a beautifully crafted animation about reminiscence, repair, reuse, community and the joy that can be garnered from everyday objects.

Baile by student filmmaker, Kieran Wall, is an award-winning film set in 1950s rural Ireland and sees a mother take on church and school authorities to defend her daughter from brutal practices.

Set against the backdrop of a working farm in rural Northern Ireland, Tom Berkeley and Ross White’s An Irish Goodbye is a black comedy following the reunion of estranged brothers Turlough (Seamus O'Hara) and Lorcan (James Martin) after the untimely death of their mother. Lorcan, who has Down’s Syndrome, is refusing to leave the family farm to live with his aunt until his mother’s unfulfilled bucket list is completed - all 100 items.

In Ara Devine’s Turf, a Derryman (Micheál McDaid) and a Syrian asylum seeker, ‘Hamed’ (Fayez Bakhsh) spend a day working on a bog but crossing the Irish border is not a simple matter for Hamed.

In comedy horror, The Day the Pub’s Reopened by Kilian Pettit, we join beer-thirsty Corkonians re-emerging from their zombified hibernation due to pandemic lockdowns.

Mia Mullarkey’s debut drama and IFTA-nominated The Passion tells the story of a young man who accidentally kills the love of his life in a car crash, and seeks resolution and escape with her mother. It’s a psychological slow burn about loss, grief and the need for redemption.

Lorraine Nolan and Mark Daly’s All These Men That I’ve Done is a frank reflection on women’s sexuality as four women explore the constructs that have helped shape their sexual confidence.

Finally, Cal Freeman’s Hold the Sausage will make you giggle in this cross-generational comedy around the dinner table as teenager, 'Saoirse', tries to explain her life choices to her 'Nana'. All four parts are played by the talented Chloe Muldoon.

Part of Irish Film London’s mission is to support Irish filmmakers from the beginning of their careers, and this year’s St Patrick’s Film Festival line-up is no different - with a programme of seven family-friendly shorts featuring on the big screen at Trafalgar Square throughout the day on Sunday, March 13.

The line-up includes films like Joy, and Mam’s Old Chair, which celebrate Ireland and Irish heritage, and comedy Hold the Sausage, plus The Forty Foot, Stuart Black’s delightful doc about the bravehearted wild swimmers of Dublin Bay.

Niall Farrell’s ecologically minded Travel Bud is a festival favourite from last year about a little flower seeking healthier climes while Tea by Paul Mulgrew was a BBC 2 Minute Masterpiece selection in 2021, and is a romantic comedy based around the great tea versus coffee debate.

Building the Ark by poet and broadcaster, Pat Boran, is a poetry film musing on the story of Noah's Ark and how, in times of change, familiar stories can take on new resonances.

Pat made the film on his smart phone at the Tree of Life sculpture in Raheny Park, Dublin.

IFL’s Shorts programmer Madeleine Casey said: “It is always so hard to make a final selection from so many brilliant submissions to our festival.

“It is heartening to see how much creativity thrived even under the extremes of pandemic restrictions.”

She added: I am delighted to present this eclectic mix of some of the best new Irish short films around today: from brand new, emerging, and much more experienced filmmakers. “They will take you on many journeys, real and imagined, joyful and painful; and, hopefully, they will inspire you in your own life journey in myriad ways.”

Further information and tickets for all IFL's film showings are available here.

A Nicolas Cage film festival is coming to Belfast this summer