How to play the ultimate Eurovision drinking game

THE EUROVISION Song Contest is nearly upon us, bringing with it another heady night of unforgettable performances, international brown-nosing and flags. Lots and lots of flags.

It's a traditionally silly affair, with big costumes, brash lyrics and imagine sets designs the main order of the day.

More importantly, with the contest taking place on a Saturday night, it's the perfect show to enjoy from the comfort of your sofa alongside a drink or three.

So, stock up on your booze of choice, along with a bit of food to soak up all that alcohol: it's time to play the Ultimate Eurovision Drinking Game.

On-stage presenters try, and fail, to be funny.

One or more of the on-stage presenters changes outfits.

The on-stage presenters have a time-wasting conversation no-one can follow.

The presenters attempt to flirt with one another.

Drink twice if the presenter apologises for not being Terry Wogan 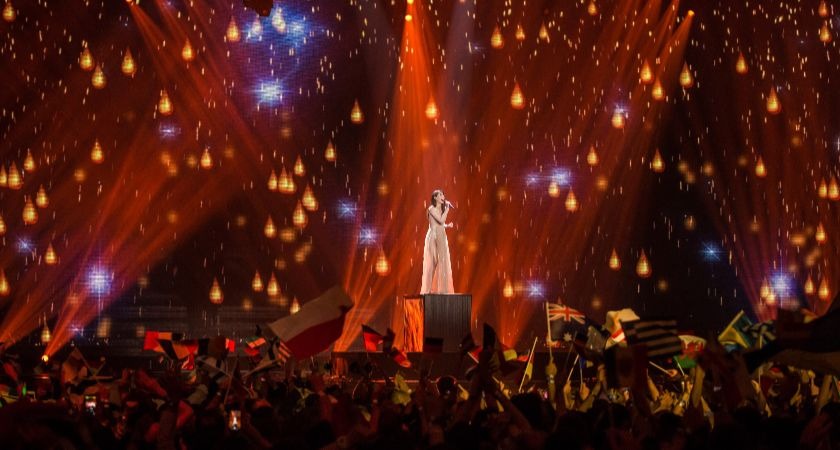 Singers wave their arms around whilst singing

Singers try to join in with musicians during instrumentals

Singers have an exceptionally bad haircut

The Maltese performer does NOT have a hairy chest

The French performer sings in French

Singers resemble, or appear to be hugely influenced by Shakira

The singer tries to interact with the audience (“c’mon!”, “altogether!” etc)

The act involves dancing that surpasses belief and credibility

The singer flirts with the camera after song has finished

A country from former Yugoslavia has a depressing song

There is use of atmospheric panpipes, drums, fiddles and/or traditional dancing

There are any unnecessary props, or instruments that aren’t being played

The act uses a wind or smoke machine

A singer begins to act out the lyrics of the song

An act could be considered to be a “Boy Band”

Down your drink if you see an air guitar

Drink twice if you see a mullet 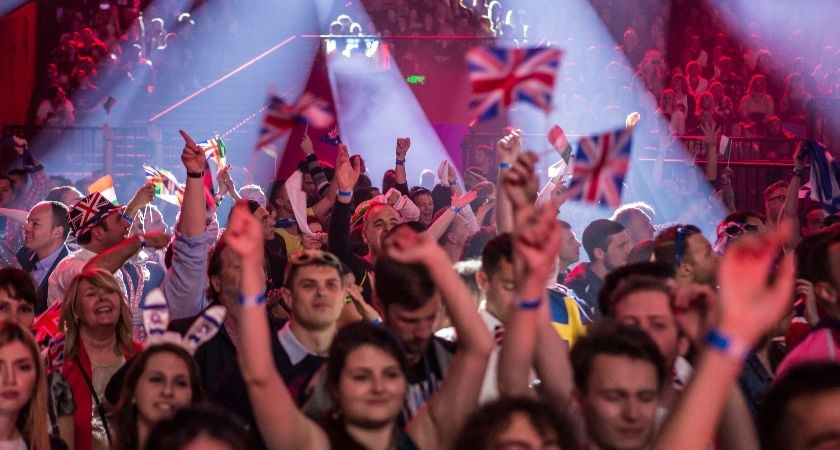 Norway gives Sweden any points but not vice-versa

There is any sucking up to the host nation

Acts are on their mobile phones during voting 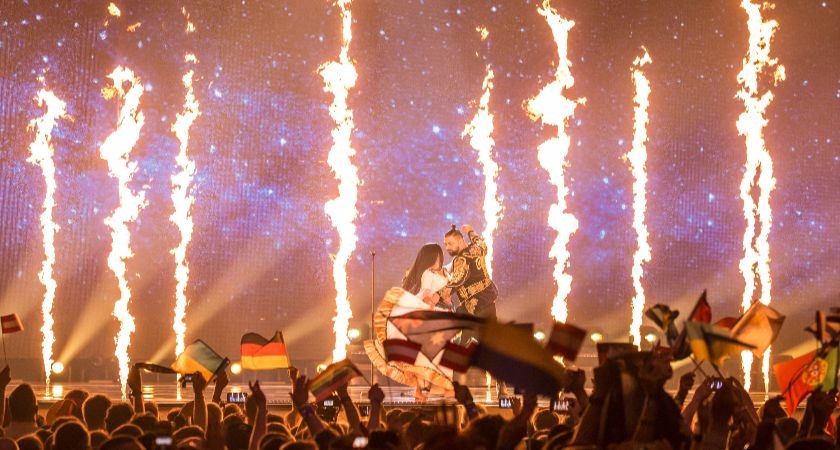 Down you drink if...

Germany's song does not mention peace, harmony or love.

The French performer sings in English

Germany spares one single point for her southern neighbour, Austria.

Norway DOES NOT give Sweden any points.

Greece DOES give Turkey some points

A performance defies belief by meeting all of the “performers” rules.