NOT only does former Ireland footballer Robbie Keane like to hit the back of the net he also likes to hit the high notes.

A video has emerged of the Irish football legend in a Dublin pub on Sunday evening singing a rendition of Christy Moore's Joxer Goes To Stuttgart.

The 36-year-old footballer, who is without a club at the minute having left LA Galaxy last summer, sang the classic Irish anthem with local band Rake The Ashes who regularly play at Cassidy's pub in the city centre.

The video shows the striker raring up the surprised crowd by chanting "everybody now here we go".

Scroll down to see Robbie sing...

The clip has since gone viral with over 26,000 views and counting.

John O'Neill, who caught the sing-song on camera, said: "He just got up to sing with the band and the whole pub started chanting Keano when he was done. It was unreal." 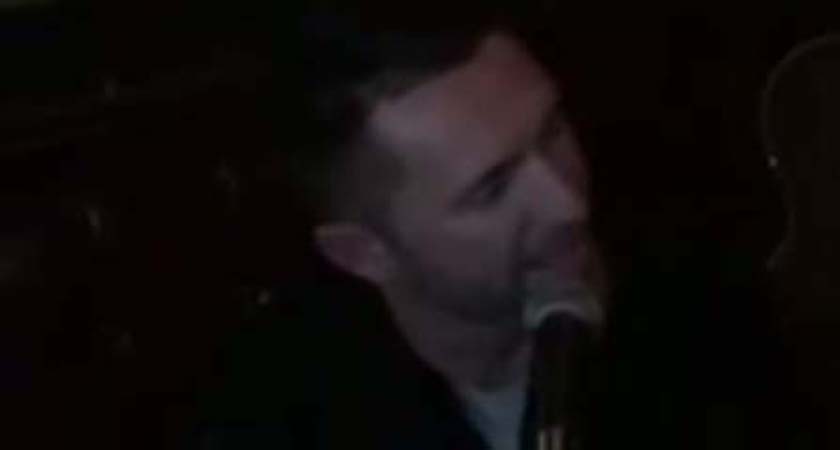 He added: "I was with a group of mates there with me watching and we had seen Robbie sitting there with his friends. We never expected to see him get up and sing. It's was brilliant!"

The song Joxer Goes To Stuttgart was originally sung by Irish folk singer and songwriter Christy Moore in celebration of the Republic of Ireland's first major international tournament at the 1988 Euros in West Germany.

The song is about a fan, named Joxer, who travels to Stuttgart to cheer on the Republic Of Ireland.

Tallaght native Keane is the Republic Of Ireland's highest scoring player with 146 caps and 68 goals for the boys in green.

And for those of you who may want to see another sighting of catch Keane there are rumours that the legendary Irish striker might be at the Rake The Ashes' album launch on January 28 in the Grand Social, Dublin.

Watch the football star belt out Joxer Goes To Stuttgart below...

Some sessions last night in Cassidys with this Irish legend. Some man he is.
Rake the ashes blasting out songs all night .

Rake The Ashes also shared this brilliant video on their Facebook page...

In the age of the coronavirus, more than ever, we are all just human