AN ARGUMENT as old as time is that of Irish acts and the lack of radio airplay they receive in their own country.

Even visitors to Ireland complain about the lack of Irish music on Irish airwaves. Despite all the advancements in technology and publicity tools available to artists, radio is still king.

Nothing gets your music to the masses quicker than a spin on a national station. Radio is the medium to get to the mainstream and turn acts into hits and thus generate revenue within the homegrown music industry.

With national radio stations so tightly formatted these days folk musicians often have little chance of getting their music broadcast. Irish singer-songwriter Danny Carthy has been involved in folk music since the early 1970s.

Born in Donegal, but based in Kildare for most of his music career, he is incensed at the lack of support shown by the media, in particular the broadcasting side, for Irish folk music.

More people  like him need to put their heads above the parapet and become more vocal and more visible in seeking a level playing field for Irish artists before our music slips further into the twilight. I caught up with Danny in Kildare to afford him the opportunity to at least air his views...

Danny, at one stage folk music was reasonably represented on radio. What happened?

It began to whittle out in the early ’90s. I think there were a number of reasons for this. For example, up to then you had the pirate radio stations that were hugely supportive. Presenters could play the music they liked.

Then independent stations were set up to legalise broadcasting and that was the turning point because eventually presenters had to work to a playlist drawn up for them, especially on daytime broadcasting, without any legislation for a percentage of airplay for Irish music.

Was there ever legislation for it at any stage?

How long have you been working on this?

For the past four or five years I have been studying, structuring, and examining how legislation can be implemented.

Can the likes of IMRO (Irish Music Rights Organisation) or the Musicians’ Union not exert any pressure for legislation?

IMRO have stated, at every AGM that I have been at, that they can’t be involved because they are only a collection society. I was President of the Folk Section of the Musicians’ Union but I left it because they were going nowhere very fast and nothing was happening. There is still a union but it’s not in the playing field. 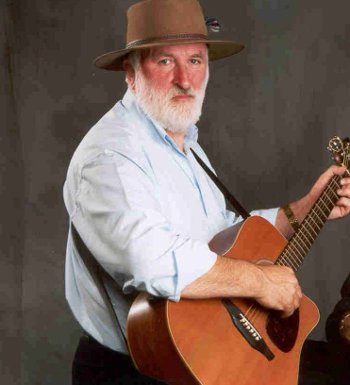 So are you fighting a lone battle on this?

IMRO have set up an association called Iasca (Irish Songwriters Association) to seek something similar to myself but they are trying to lobby the radio stations direct for airplay. It won’t work because there is no legislation.

For example Midlands 103FM won’t play any Irish music during daytime. They will only play classic hits and pop. My group, Fiddlers Green, did a concert in Mullingar last year that the record company advertised on Midlands 103FM.

When I offered to bring my guitar and do an interview they replied by email stating: ‘We are very commercial music wise daytime and this would not fit with our day time music output.’ RTÉ’s Lyric FM has less than two and a half per cent of Irish music — weekly. RTE Radio 1 and 2 in total would have less than seven per cent of Irish music, of any description, weekly.

What is the situation with other countries?

I had a meeting last June at the offices of the European Commission after which they sent me an email stating that the imposition of a quota for Irish music broadcasting is possible in Ireland and would be permissible under EU law provided the quota can be justified on a cultural basis and is proportionate to achieve the objective of ensuring the survival of Irish music.

They pointed out that France, since 1994, requires private radio stations to broadcast French-language songs for 40 per cent of their variety music programmes during peak listening hours, with at least half of the material being from new artists or new productions.

This law has been in existence for 20 years and has not been successfully challenged in the EU. Portugal operates a minimum quota of between 25 and 40 per cent. Ireland would be the worst country in Europe for percentage airplay for its national music.

A common complaint from visitors to Ireland is the lack of Irish music on radio. Can the EU not set a quota for Irish music?

No. They say that ‘the introduction of quotas for Irish broadcast music may be initiated in Ireland and cannot be initiated by the EU and if such a quota is introduced it should be based on the objective interest of maintaining Irish culture and should not go beyond what is necessary to achieve this objective’.

They also said that, based on the percentages for Portugal and France, my proposal of a 30 per cent quota for Ireland does not appear unreasonable.

So if Irish artists are not being played on radio it means they are not earning broadcasting royalties?

I was advised that in 2010, of the €10million collected by IMRO from Irish broadcasters, 93 per cent went abroad. That is outrageous. I have been told by three different Ministers that due to a complaint made to the European Commission, 30 per cent airplay could not be granted to Irish music on the basis that it would discriminate against European music.

When the question was asked in 2012 on my behalf in the European Commission, a reply from Commissioner Neelie Kroes stated ‘To the Commission’s knowledge, no decision has been adopted regarding a music quota system in Ireland’. I was just being fobbed off.

The BAI (Broadcasting Authority of Ireland) said it does not propose to introduce a quota as they believe it would not be workable. But they are not legislators — they are only the regulators for whatever the legislation is.

If legislation was introduced would it cover all radio stations?

Yes. At the moment the radio stations can play whatever they want and its killing Irish music. 40 per cent airplay for Irish music would guarantee the retention of at least €4 million in royalties and it would generate concerts, marketing and sales and would open up a whole range of jobs connected to the business.

Danny Carthy can be contacted at [email protected]