A MASSIVE mural of Irish writer James Joyce has been unveiled in New York.

The 36-foot tall mural, depicting the Dubliner's iconic black-and-white portrait on a colourful pink and yellow background, was erected in downtown Buffalo, New York yesterday ahead of the annual Bloomsday which celebrates his work in literature.

The mural was a project by University at Buffalo, which boasts the world's largest James Joyce collection, and was unveiled in part to publicise the university's plans to create an official James Joyce museum.

The mural was part-funded by the Office of the Consulate General of Ireland in New York, and Consul General Ciaran Madden was present at the unveiling to gift a copy of Ulysses to New York Senator Tim Kennedy, himself an Irish American.

The University of Buffalo shared multiple photographs on social media showing the sheer size, scale and impact of the mural, writing: "On display! 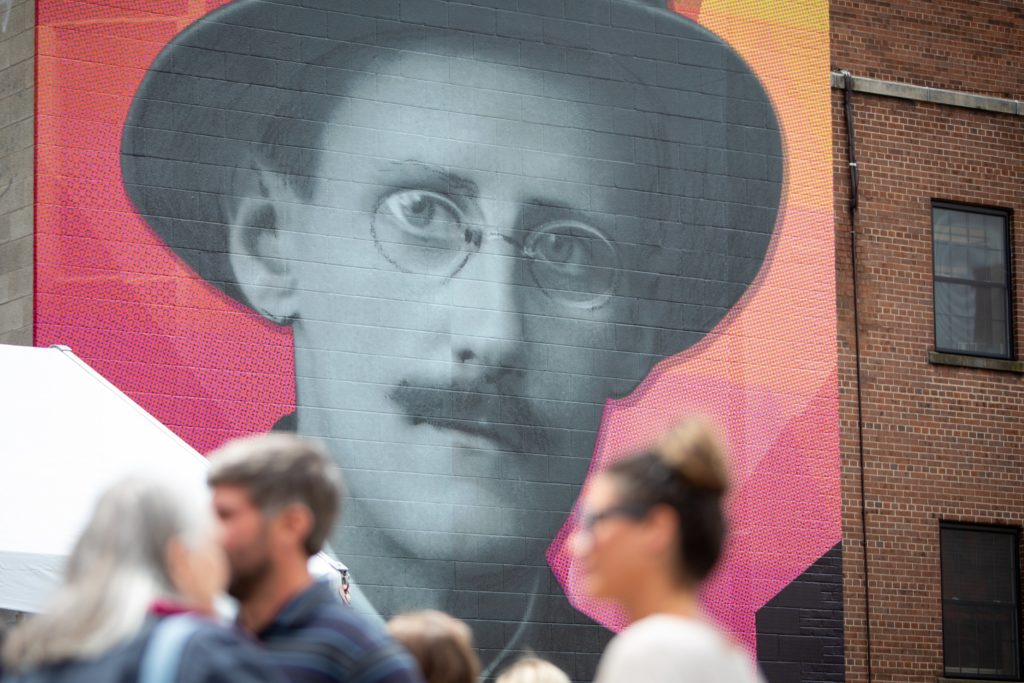 Bloomsday commemorates the life and works of James Joyce in his hometown of Dublin and across the world, and is celebrated each year on 16 June, the date his globally acclaimed masterpiece, Ulysses, begins.

It is named after the Ulysses protagonist, Leopold Bloom.

In usual times, Bloomsday sees street festivals, speaking events and lectures take place across Dublin in the week up to 16 June, but the ongoing Covid-19 pandemic means this year's celebrations will again take place primarily online.

You can learn more about this year's Bloomsday programme on the website here.