Athalacca: A small village in County Limerick. The unusual name comes from the Irish An tÁth Leacach (meaning the flagged ford) but to be honest we have no idea what that means either.

Ballybrazil: If you are expecting a little microcosm of the vast South American country complete with Brazilian supermodels wandering the beach playing volleyball, then you might be a little bit underwhelmed by this Wexford town.

Beak: Also in Co Wexford, might creative with the old place names in Wexford aren’t they?

Blue Ball: A hamlet in County Offaly, lying southwest of Tullamore. Must be cold there.

Borris-in-ossory: Borris gets around in Co. Laois.

Clonboo: In Galway. Apparently some immature people have defaced one of the signs to make ‘Clonboobies’, which you have to admit has a ring to it.

Coalspit: Eh, gross. And right next to the miserable sounding Dampstown – both in, you guessed it, Co. Wexford. 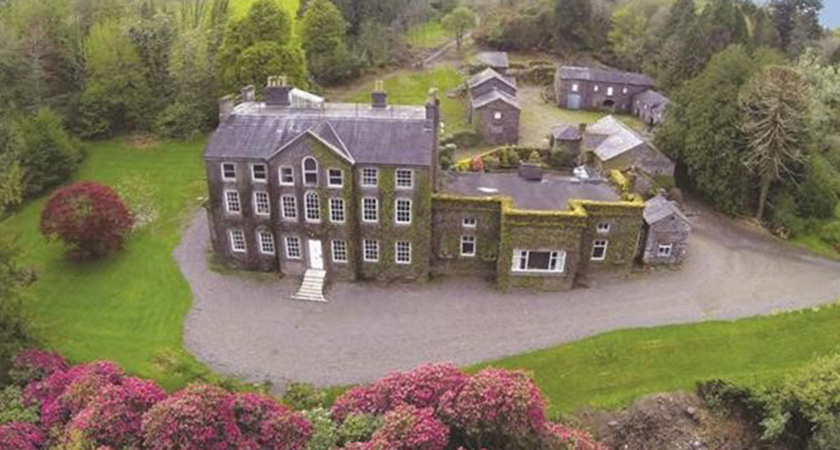 Fannystown: It’s in Wexford. Wexford, seriously, we need to talk.

Gneeveguilla: Wait till you hear this terrifying fact. In the 19th century Gneeveguilla in Co. Kerry was the scene of a horrifying event known as the ‘Moving Bog’. Families were awakened by a strange earthquake-like sound to find the bog swallowing up their homes, people and cattle. Someone needs to make a movie about this.

Horetown: Careful of the spelling here. And of course Horetown is in Wexford.

Horse and Jockey: Situated in Thurles, Co. Tipperary, no one knows why this village is called Horse and Jockey, but best guess is it was named after a pub.

Hospital: A town in east County Limerick. Not to be confused with a big building with doctors and sick people in it.

Inch: Ireland loves irony and so fittingly Inch in Co Kerry is home to five lovely kilometres of unspoilt beach. 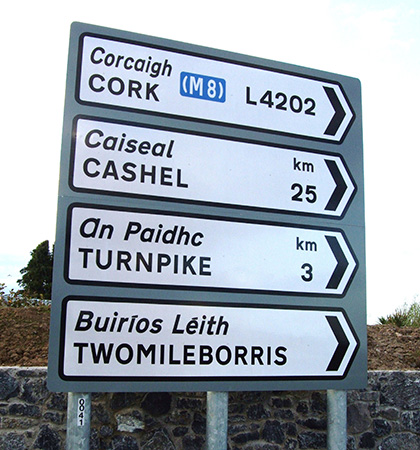 Killbritain: Sure to raise a few eyebrows but honestly it couldn’t be more innocent and holy. It comes from Cill Briotáin, meaning Britton's church.

Mallow: Co Cork. Don’t you just wish there was a Marsh beside it?

Maudlintown: Where all the people walk around being wildly self-pitying and bursting into tears all day.

Muckanaghederdauhaulia: Co. Galway. It means "ridge, shaped like a pig's back, between two expanses of briny water”, which I think you’ll find yourself using frequently in a sentence from now on.

Naad: Ok, we’re just being childish now. It's a county in Cork, and slang for testicles. Hee, hee.

Piltown: Wouldn’t it be great if the entire town was a giant warehouse where there’s a never-ending 24 hour rave going on? C'mon Kilkenny – make it happen.

Pullingtown: I shouldn't have to say by now, just presume if it's weird or X-rated it's in Wexford.

Schull: Pronounced skull. A beautiful place to visit in West Cork with a badass name.

Skeheenarinky: Possibly the best name on the list. Have fun making your foreign friends say it.

Stepaside: Stepaside is found in Dublin. There is also a Step somewhere in Ireland but don't ask me where, it's impossible to Google.

Terminfeckin: Meaning "Féchín's refuge", who knows what he was on the run from. Anyway, it's a small village in County Louth and only mildly rude so Wexford shouldn't be worried.

Tubercurry: The second biggest town in Co. Sligo and also what you ask for to go with your portion of chips.