HE may be best known for singing his way to Amarillo but Tony Christie would slot in nicely a country pub in rural Ireland.

The multi-million selling singer has a career spanning five decades and this year he takes on a new challenge.

Along with folk quartet Ranagri, he will release his first ever Irish album, The Great Irish Songbook.

And born as Anthony Fitzgerald in Sheffield, Christie is no stranger to Irish music.

His grandparents hailed from Co. Mayo – and like all Irish families, raised the children on these well-known tunes.

“Oh, every wedding I was ever at growing up,” he remembers of his early exposure to Irish music.

“They always turned into a sing song and we sang all the classics.”

But it was later in life when he began to think about recording the songs he knew so well.

Twenty years ago, Christie’s son Seán Fitzpatrick was in a band. One of his fellow bandmates was Dónal Rogers, who is now in the traditional band Ranagri.

“I never would have guessed I’d be in a folk band now,” Rogers laughs, after speaking of his early days rocking it out with Fitzpatrick. 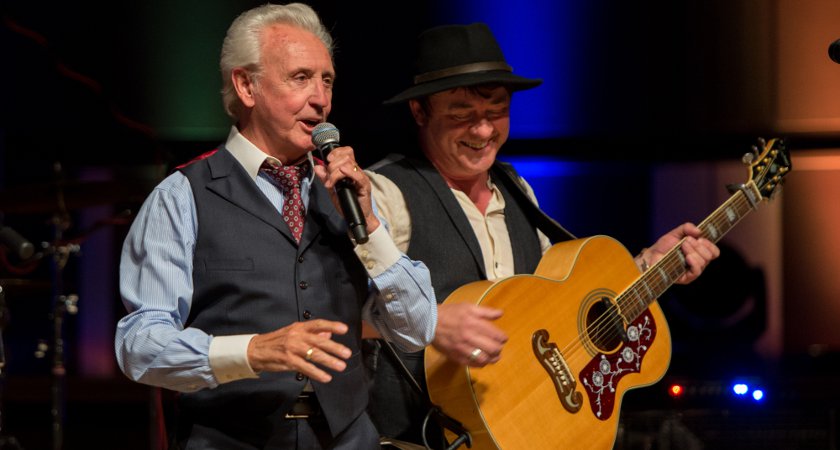 “But we’ve been talking about recording an album of Irish songs for such a long time so I’m delighted we’ve done it.”

And, it transpires, the kitchen table of Christie’s home and a bottle of Tullamore Dew are to be thanked for the project finally coming together.

“The kitchen table has a lot to answer for,” Christie laughs, on how the project got off the ground.

“And the Tullamore Dew!” his bandmates added.

It was after a Ranagri gig when the prospect first came up. Christie’s son manages both his father and Ranagri and, like in his own music days, the kitchen table became a staple of the Ranagri routine.

One night, after a few glasses of whiskey, things began to slot into place.

“I suppose we had about 40 songs,” said Jean Kelly, Ranagri’s harpist. “And it was a matter of trimming that down.”

“We kept the plans going ahead but did stop with the whiskey,” she jokes.

The classics are there – with some of the best known Irish songs. However, there are a few notable exceptions.

“We wanted to avoid the likes of The Fields of Athenry,” the band admits.

After gigging in Britain, Tony Christie and Ranagri (made up of Rogers and Kelly along with flautist Eliza Marshall and bodhrán player Tad Sergeant) will fly to Germany, where much of the album was recorded.

After these dates, they hope to take The Great Irish Songbook on a tour of Ireland, stopping off in the ancestral hometown of each member of the group.

Christie, along with Ranagri will launch the album on September 17 in Nell’s Jazz and Blues Bar in West London.

This article was amended on September 18. A previous version stated that Mr Christie's birth name was Fitzpatrick.