A TWITTER bot which was developed to randomly mash together the flags of different countries has found itself at the centre of a half-humorous, half-enraged storm from Irish Twitter users.

The bot, named Flags Mashup Bot, randomly generates hybrid flags. That's it-- that's all it does. Like below.

The bot has no opinions, no voice, no politics. You'd think it would be safe.

Except that it created a flag called 'United Ireland'. And it wasn't what people wanted to see.

Most of the bot's flags get a handful of likes and maybe a couple of replies. But this was no ordinary flag.

Currently standing at over 5,000 likes, the thousands of replies mostly consisted of gifs of people screaming, Simpsons memes and just general insanity.

Memes of The Big Fellow Michael Collins also made an appearance. 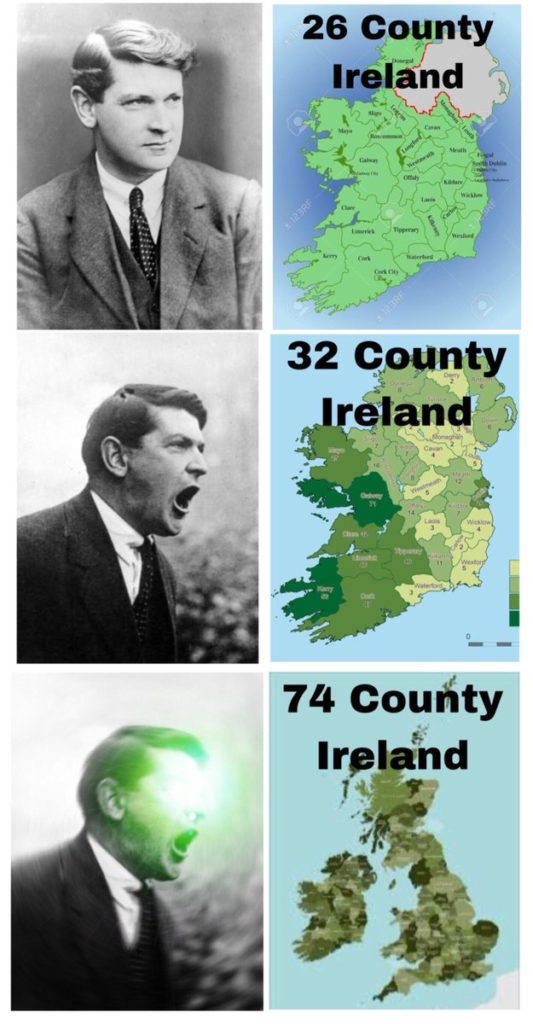 @admiralbonnso replied with this... powerful image

The real, actual human owner of the mashup bot ended up having to get involved.

They advised people to "Guys don't take this seriously... I've never seen so madness in the replies.

Remember this is randomly created by the python script running the bot."

Guys dont take this seriously... I've never seen so madness in the replies

But of course... that just led to more madness.

Oh god I looked at it again. pic.twitter.com/HkuOtzTsvD

This is a niche area of Irish humour-- humour built on rage but humour nonetheless.

This man put it nicely:

Thanks for writing my obituary

'Flag-gate' led to the owner pinning a tweet at the top of their page promising that robot was not political in any way and begging people to just have a good time.

Do not relate any mashup to politics or hate speech or something similar.
I did this bot to generate random flags not to create a war about nationalism and politics in the replies
Lets just have a good time

Who knew a flag bot could rile such controversy.