The rise and fall in popularity of the monkey puzzle tree

Photo showing the spiky branches at the apex crown of a young monkey puzzle, also known as a Chilean pine.

SINCE the mid-nineteenth century, passion for the monkey puzzle tree with its mellifluous botanical name Araucaria araucana has grown and declined as horticultural fashions dictated.

At one time, they were found only in the gardens of fashionable homes across the land but today, they’re once again considered rather vulgar and unattractive.

Botanists worldwide continue to study these coniferous plants and find their habit of developing branches with scaly whorls arranged like the spokes of a wheel, fascinating.

And instead of growing one whorl a year (like pines, spruce, and the like) it averages just two-thirds of a single whorl in a year. From this it follows that if you count 66 rings on the trunk of a felled monkey puzzle, it may represent 100 years of growth. 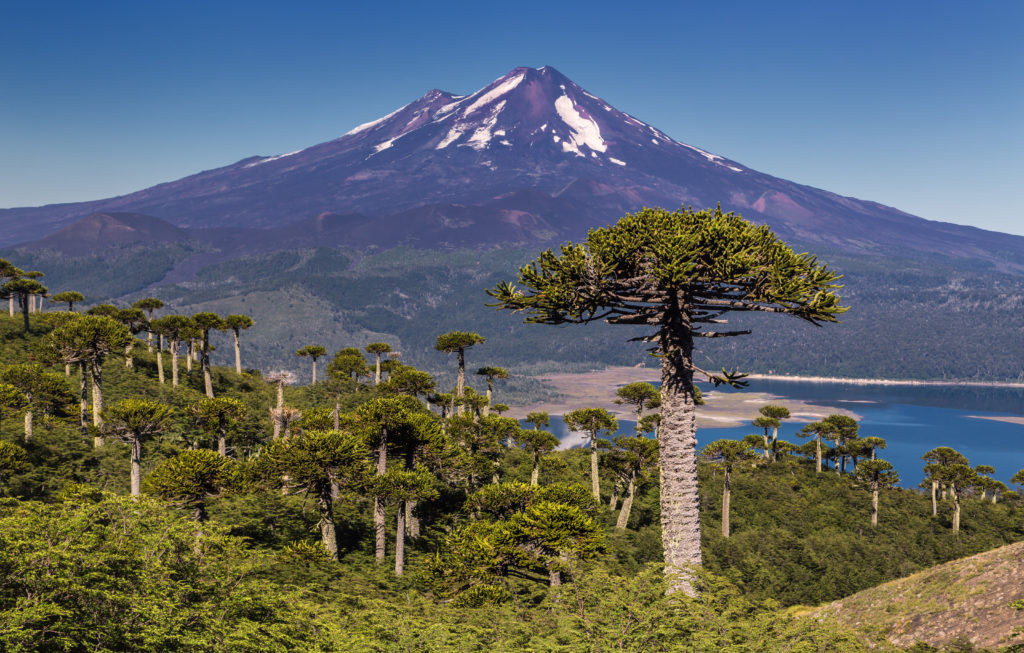 In its home high in the volcanic mountains of the South American Andes, the monkey puzzle tree soars to a height of 150 feet.

There, it has lived for more than 1,300 years but their numbers are now dwindling at such a rate that the Chilean government has designated them as national monuments.

As the tree ages it sheds its lower branches leaving a dense crown like an unassailable eyrie.

In youth, (around the age of 30 to 40 years) they begin to look a bit untidy, however in maturity they begin to resemble ‘respectable senior gentlemen’ and regain their appeal.

As stated, they only produce top cover when over fifty years old and cones may take as long again to develop.

The female cone takes three years to ripen, by which time it is the size of a human head containing over 200 seeds.

When it bursts, it makes a huge explosive noise. No wonder these were once looked upon as ‘eccentric trees’ which attracted eccentric owners. 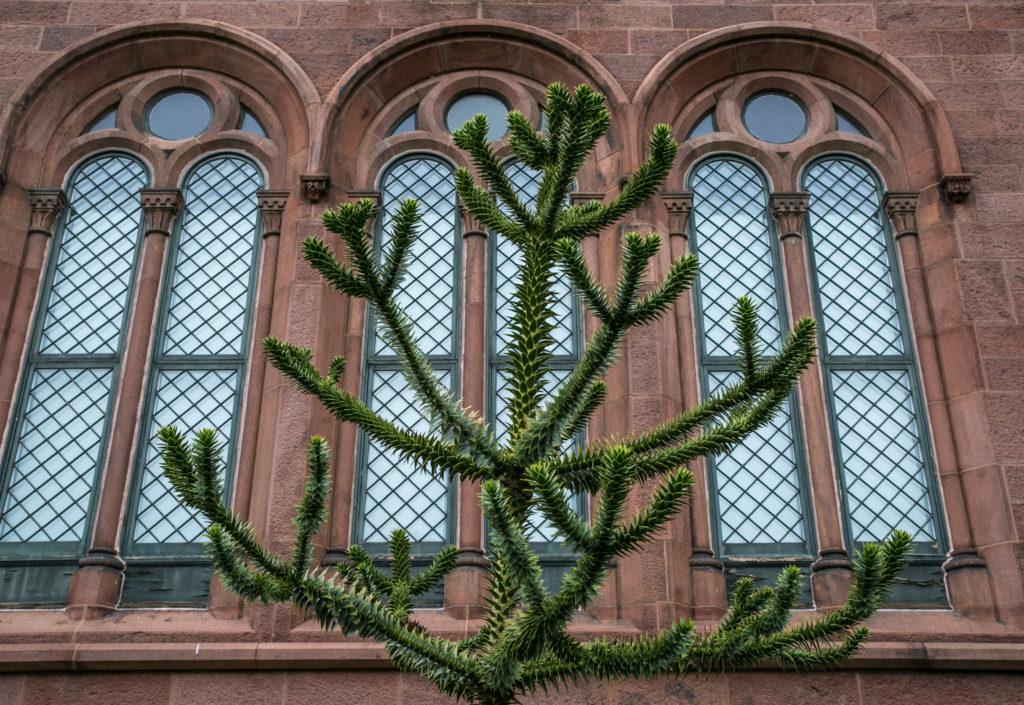 A monkey puzzle tree, native to South America, is viewed outside the Smithsonian Institution in Washington D.C.

For the Pehuenche Indians of southern Chile the monkey puzzle tree is a sacred way of life. The seeds form a staple of their diet and that of their livestock.

But, as their territory dwindles, they harvest the seeds and graze more intensely, damaging the tree's ability to regenerate.

The tree is prized by the timber industry for it near knot-free high-quality wood.

Superstitions about the monkey puzzle tree can be found in many parts of the world.

One widely believed bit of folklore is that the devil himself sits in this tree, and people must be quiet when walking past or else they will attract his attention, getting bad luck for three years in the process.

The Chilean government has now banned logging (some however continues) and there’s a threat in the form of pressure from small landowners to rescind the ban.

The tree is restricted to about fifteen main populations in Chile and Argentina and young plants are now being raised for use in new woodlands and small avenues.

Choose azaleas for your garden – the flower that never disappoints

Welcoming the true arrival of spring in the garden