FORGET UFO sightings and mysterious glimpses of Big Cats—Ireland’s holy apparitions is where it’s at.

For hundreds of years, Irish people across the country have sworn they were visited by holy visions—with the Virgin Mary seemingly the most popular visitor to the island’s shores.

The debate of whether or not these visions are real still continues to this day, but we’re not here to ask philosophical questions and search our souls for the answers to the mysteries of the universe.

We’re just here to count them down.

So without further ado, here are 4  times an apparition came to Irish people.

Arguably the most famous apparition in Irish history, 140 years ago in the small Mayo village of Knock, a village girl named Mary Beirne witnessed three life-sized figures standing by the gable of the church grounds.

She spread the word, and members of the village came to stand and kneel in the lashing rain before the figures, believed to be Our Lady, Saint Joseph and Saint John the Evangelist. At the other side of the grounds was Saint John the Baptist, a chorus of angels and a cross and a lamb—the image of Jesus.

For hours the villagers prayed by the appararition, and half a mile away, a farmer swore he saw a large golden light hovering around the church.

The apparitions changed Knock, and to this day the village is adorned in images of Our Lady, with tourists coming from all over the world to see the spot where the images appeared—including Pope Francis, who held a special mass there during his visit in 2018. 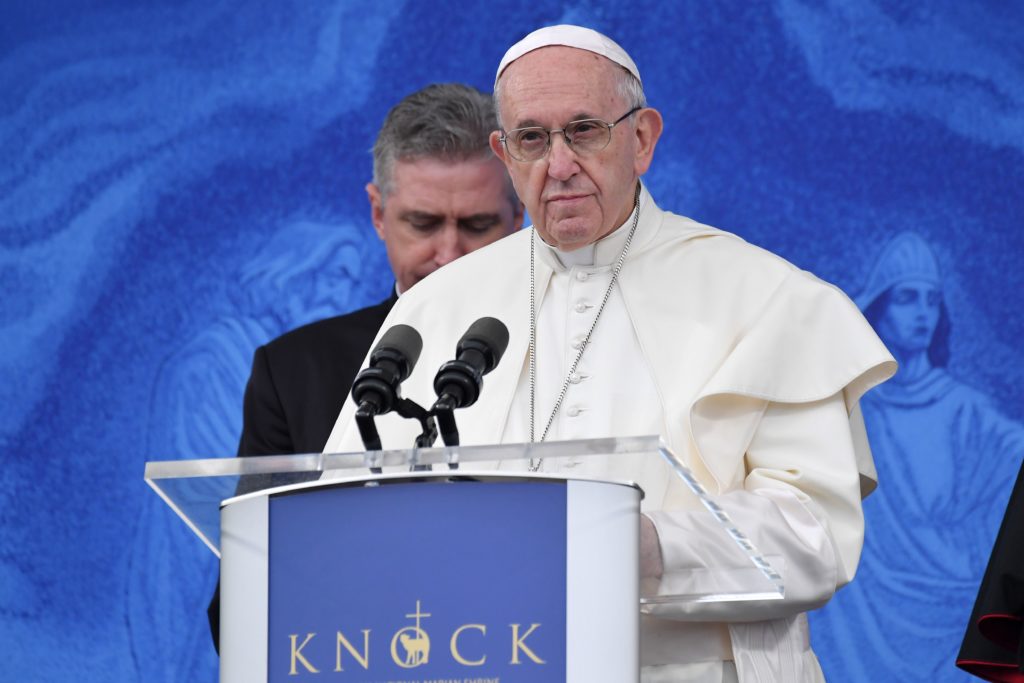 In the summer of 2017, pensioner Des Fitzgerald bought a statue of Mary from a shop, who had acquired it from a convent. Thinking only that it would be a nice purchase, the man thought nothing of it—until he realised he was able to walk again for the first time in over a decade.

Mr Fitzgerald had been confined to a wheelchair or a walker since he was in his 70’s, and the 82-year-old had bought the statue to mark 100 years since the apparitions in Fatima.

He told local paper Limerick Leader that “I hadn’t the statue 10 minutes when I was able to walk fully. It was a miracle straight away.”

The pensioner went on to make a shrine out of the statue and invite people to come and say a prayer and be healed, at no cost.

In the summer of 1985, a new phenomenon swept the nation—across the country, statues of the Virgin Mary seemed to be moving of their own accord.

The most famous of these sites was Ballinspittle, County Cork, where an idol of Holy Lady appeared to be moving spontaneously in her home at a wild grotto outside the village.

Local woman Cathy O’Malley was walking past the shrine one night with her daughters. They stopped to say a prayer, and to their awe, the statue came alive—she was breathing or sighing and her hands were moving.

Thousands of people swarmed to Ballinspittle to see the miracle for themselves, bringing binoculars and queuing for hours to witness something. And many people swore they saw something, whether it be a smile, a movement, or—for one man—the face of the Pope appearing on the statue.

There are even some reports of people praying at the grotto regaining the use of their hearing or their legs, or recovering from a stroke.

In the town of Rathkeale, County Limerick, two workmen were cutting down a tree on the grounds of a church when they realised that the stump left behind held the figure of a woman. On closer inspection, they believed the image was actually that of the Virgin Mary.

Word spread, and believers flocked to the small town to see the tree, which became known as the Holy Stump of Rathkeale.

Debates and arguments began about what to do with the tree, and thousands signed a petition to stop the church from removing the stump.