Baileys: The Irish Cream Liqueur that originated in Essex

IT’S been an after dinner favourite since it launched in 1974, and you would be forgiven for thinking that Baileys, the world’s number one selling liqueur brand, is as Irish as the cream it’s made from.

The drink’s recipe, a combination of Irish whiskey and cream, was devised by the Irish division of Gilbeys at their head office in the new town of Harlow in Essex.

The name R.A. Bailey that appears on the bottle is fictional, inspired by the Bailey's Hotel in London.

Gilbeys started life as a gin distillery founded by Sir Walter Gilbey, an English Wine Merchant who was born in Hertfordshire.

On his return from civilian duties in the Crimean War, Gilbey and his brother Alfred decided to expand into the spirits market and Gilbeys was founded in 1857.

In 1962, the company moved from London to a spacious new premises in the Essex new town of Harlow.

By 1971, Gilbeys, now a division of the International Distillers & Vintners (ID&V), were looking for a uniquely Irish drink to catch the imagination of the modern consumer. 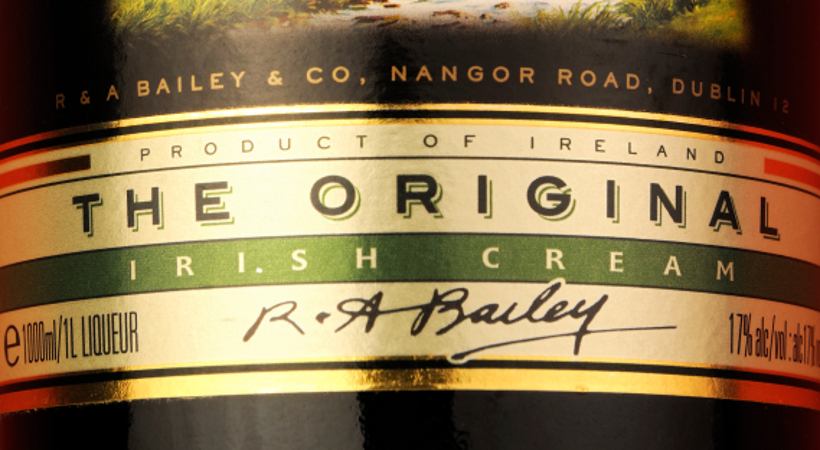 The fictional signature is still visible on today's Baileys bottles

The Irish were the first to distill whiskey, and at the time they had a reputation for producing the best quality fresh cream worldwide, so it appeared that they were primed to produce the popular cream liqueur.

The trick was to combine these two Irish ingredients to make a new drink. The task was passed on to the project technologists based in the ID&V head office in Harlow. It was their job to devise and perfect the unique technical process that would combine whiskey and cream.

The Gilbeys' factory no longer remains but a copper gin still from the site now takes pride of place in the local museum.

Despite this, Baileys, which still uses cream from Co. Cavan dairy company Glanbia, has gone from strength to strength and today around 82 million bottles of the drink are sold every year in over 160 countries.