Coming back to Ireland for Christmas? 7 weird Irish things to expect

THERE'S nothing like coming home for Christmas, is there?

The family, the home-cooked food, it just feels right, it feels ... normal.

Only normal isn't really how we do things in Ireland. And if you're one of thousands who are travelling home from overseas, here's a timely reminder of just how un-normal an Irish Christmas tends to get.

Rain. It's all but guaranteed, right?

Let’s get this out of the way quickly. Very rarely do we have a white Christmas. Grey Christmases are unfortunately far more common. Luckily for us, Met Eireann have insisted that the 25th this year is due to be dry (yay). But you probably won’t have to wait long for the heavens to open up.

We can’t be too mad about the endless drizzle though, after all, we’ve our gorgeous green countrysides thanks to the rain. It might not be our favourite aspect of life at home, but rain is, for better or worse, unmistakably Irish.

Sheep in the roads 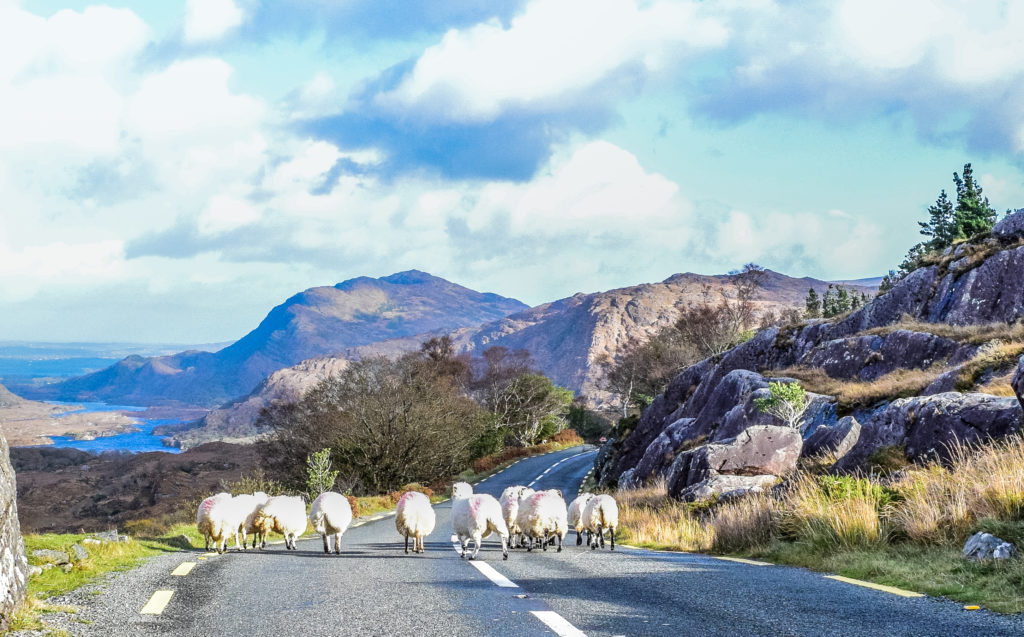 Get ready for this if it’s been a while. Most countries have traffic lights or traffic officers to bring order to their roads. In Ireland, we have sheep.

Whether they’re being moved from one field to another by a farmer who makes snail-racing look like a Formula One event, or whether a bunch of nimble-hooved blighters have managed to hop over the 30cm fence that wouldn’t even keep a hamster from getting out, expect a number of wooly roadblocks over the next few days. 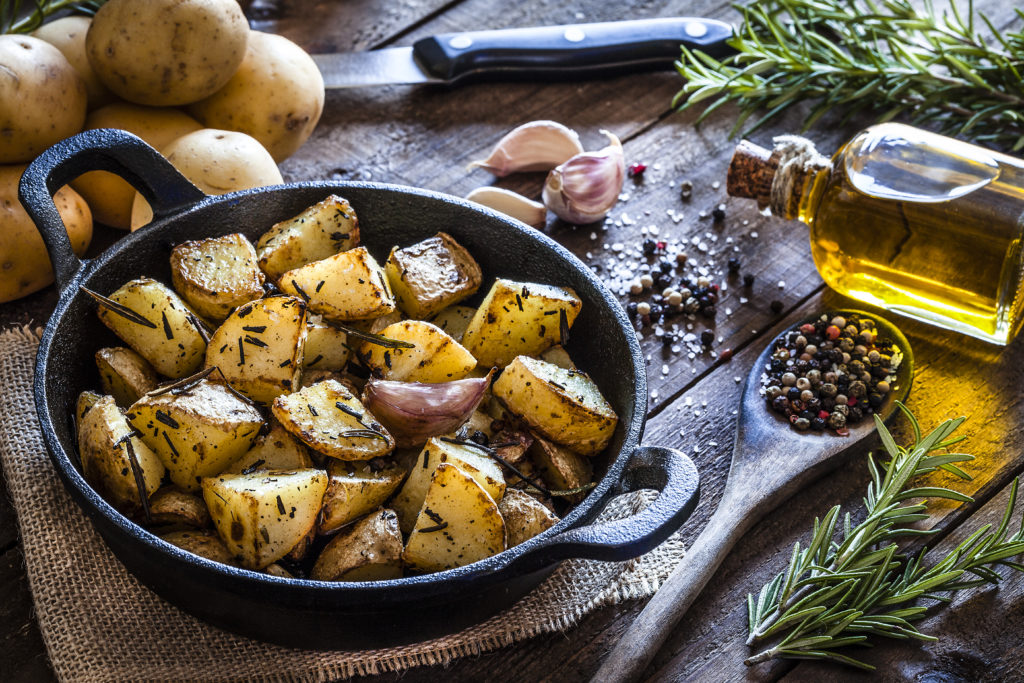 Four, (yes, count them, four!) types of potatoes are served at Christmas dinner. And why not? Potatoes are amazing. The real main event of the festive feast, humbly offering the stage to the totally full-of-itself (and of stuffing) turkey.

There’s roast potatoes, potato gratin, mashed potato and potato stuffing - because there’s no such thing as too much potato.

Pulling over in a two-way street 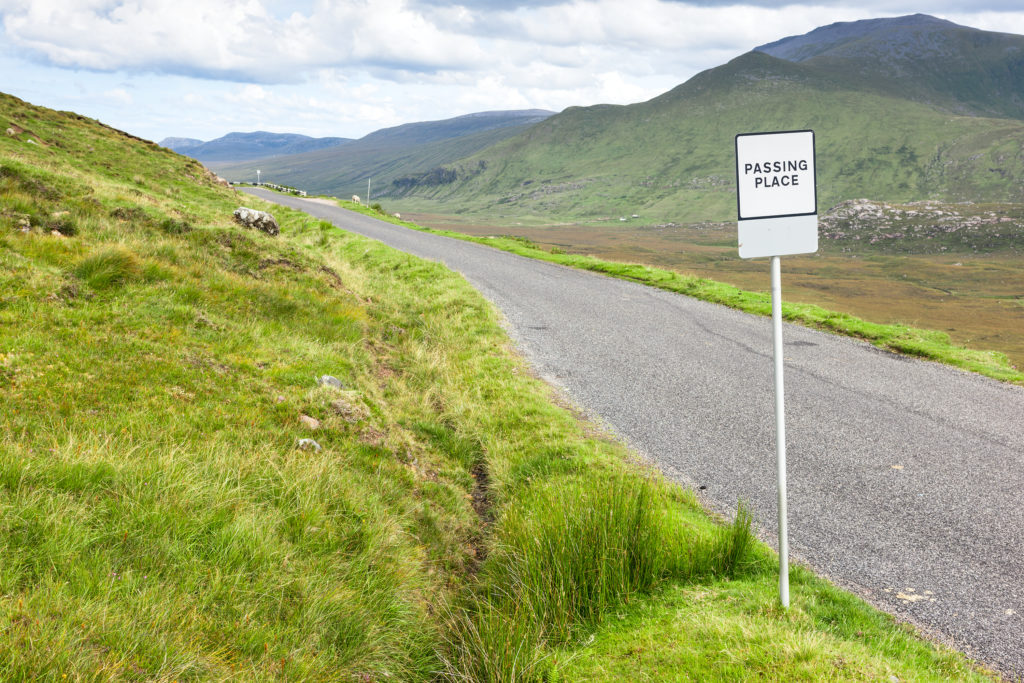 Two-way streets in the Irish countryside are something of a myth. There are two sides of the roads so long as only one car is using it.

In lands far, far away you might be able to trundle your massive jeep down any lane you please without a care in the world, but in Ireland, you best be keeping an eye out for laybys, because even a passing motorbike could cause you problems as the roads narrow to the width of an earwig’s nostril, in places. 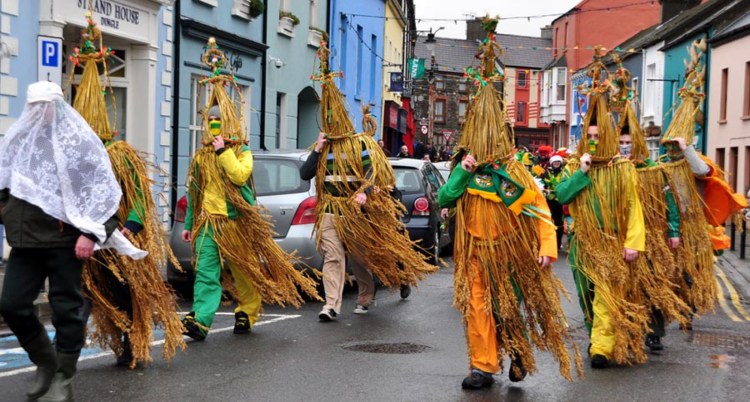 The Procession of the Wren

It’s a tradition which isn’t widely celebrated anymore, but the procession of the Wren is something you might spot on Boxing Day while you’re over, so please don’t be too creeped out.

A bunch of people dress up in masks and straw suits and parade a fake wren atop a decorated pole through the towns and villages as music plays. It’s a strange one, but traditions that aren’t are not worth remembering are they? 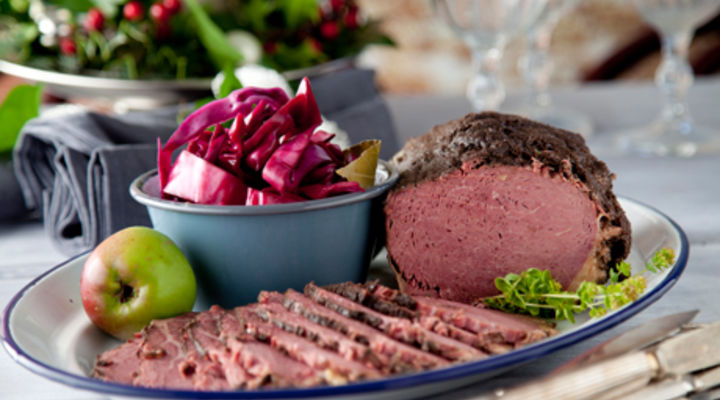 If you thought we Irish were weird with our potatoes just wait until you hear about what we do with our beef.

Spiced beef is another delightfully strange Irish traditions which only tends to rear its spicy head during the festive period.

It’s basically a variety of salted beef, cured with spices and often boiled or steamed in Guinness. Oh, and it’s delicious.

Used to getting a seat at the dinner table at Christmas? Well, if you’re planning on visiting the family you can forget about it.

No doubt you’ll spend most of the afternoon meeting cousins you didn’t know you had, wading through the sheer of mass of people between you and the sherry trifle you’ve been eyeing up since midday.

But hey, family is what Christmas is all about, even if that family is about 400 strangers.

Coronavirus Ireland: What happens if we are under Level 3 restrictions this Christmas?