ONE hundred and fifty years ago this year a twenty-two year old Scottish bricklayer named Robert McAlpine, seeing no future in working for a wage, sought and won his first contract – the repair of a mine chimney, for a fee of two pounds and nine shillings.

This was quickly followed by the re-building of a wall, which paid three pounds and fifteen shillings.

In later life Robert claimed that, in his twenties, he was able to lay 2,000 bricks a day, ‘fed’ by two labourers.

By 1883 he felt capable of building their first European factory, on a 43-acre site seven miles west of Glasgow, for the hugely successful American Singer Sewing Machine Company for a fee of £300,000.

Two decades later, in addition to its Scottish contracts, the firm of Robert McAlpine & Sons were also building the Waterford-Rosslare Railway in Ireland.

His motor car was registered in the Irish Motor Directory of 1904 at an address given as ‘Balloughton House, Bannow, Co. Wexford’ – one of only 88 cars and 61 cycles listed for the county.

A later Malcolm, responding to an inquiry from me in 1997, stated that, during the building of the Waterford-Rosslare Line "we built on contacts made then to attract a lot of Irish labour between the wars, hence “McAlpine’s Fusiliers”.  A number of them rose to foreman and manager status and this rightly encouraged further Irish recruitment at labourer and craftsman level".

Apparently, on one occasion, Welsh labourers on a McAlpine contract went on strike because they’d heard the Irish were receiving higher wages.

The then Sir Malcolm called a mass meeting to address the strikers.

With his Irish operators standing on the platform behind him, he told the strikers: “When you can operate the machinery, repair it, dismantle it, oversee its transport to the next site and erect it again, you’ll get more money. Until then, you can take it or leave it!”

The firm’s reputation for giving the Irish 'the start' became the stuff of legend:

Catechism Class, West of Ireland, 1969:
Teacher: ‘Tell me, Sean – who made the World?’ Schoolboy: ‘McAlpine, Sir – and my Daddy laid the bricks!’

This popular joke illustrates the sober fact that Britain’s construction industry was then the largest single employer of Irish male migrant labour.

Other British contractors such as George Wimpey, John Laing, Tarmac, and Taylor Woodrow also relied on the steady stream of manpower haemorrhaging from Ireland’s ailing economy, but McAlpine was preeminent.

Building Magazine has described it as "the social and political apex of contracting" and the famous family-owned firm is widely regarded as the last of the traditional contractors. 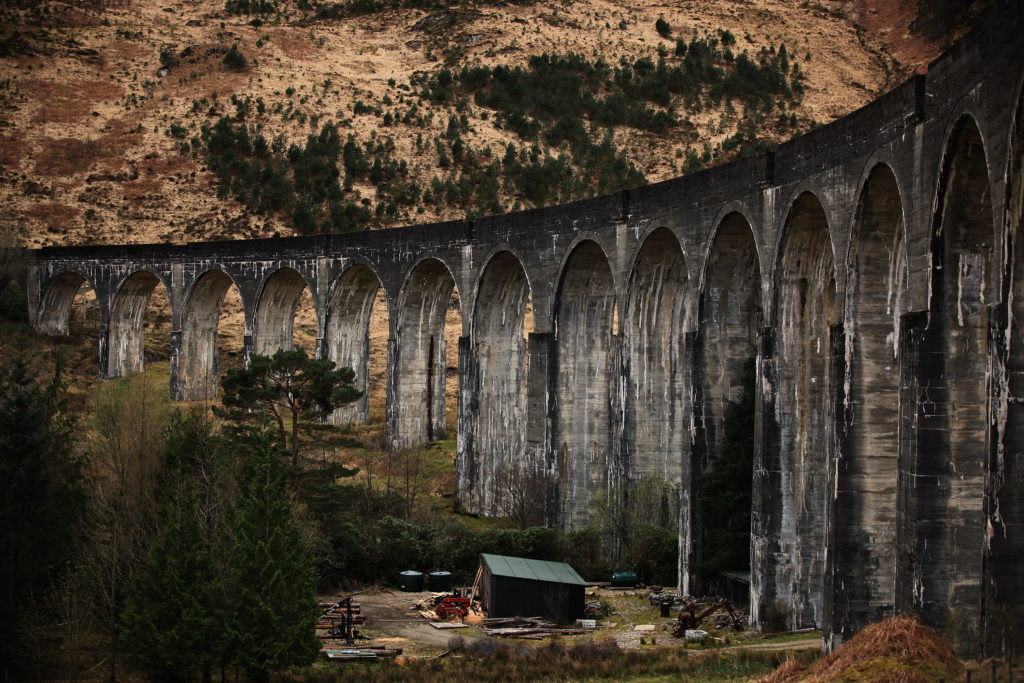 The Glenfinnan Viaduct in Scotland was built by Sir Robert McAlpine between 1897 and 1901. The single track viaduct, made up of 21 arches, was considered one of the largest engineering projects of its time. (Photo by Jeff J Mitchell/Getty Images)

Their reputation rests on iconic structures such as Glenfinnan Viaduct, the first Wembley Stadium, The Shell Centre, the Millennium Dome, the Eden Project, the 2012 Olympic Stadium, Imperial War Museum North and the Emirates Stadium.

It was Robert McAlpine who first used concrete on a large scale in building & construction, one of his early triumphs being the spectacular Glenfinnan Viaduct, now known to millions through its appearance in the Harry Potter films. Standing more than 30 metres high, this magnificent 21-arch viaduct is part of the 64km. Fort William to Mallaig extension of the West Highland Railway.

Robert’s innovative use of this new material earned him the soubriquet ‘Concrete Bob’. One interesting fact is that, while SRM is currently by far the oldest privately-owned construction company in Britain, the largest is actually Laing O’Rourke.

The radical influence of O’Rourke’s thinking on modern construction methods was exemplified in the construction, in 2012, of a 52-storey Leadenhall Street skyscraper where 80 per cent of construction took place off-site, and no wet concrete was poured above foundation level.

This echoed Concrete Bob’s achievements of a century before.

The significance of this is that when Concrete Bob was dying at the company’s Dorchester Hotel headquarters, in 1934, he is reputed to have responded to a suggestion that work on site should be halted as a mark of respect, with the firm injunction: "No - keep the Big Mixer going, and keep Paddy behind it!’

Ray O’Rourke’s reputation is not dissimilar, being described by Building Magazine as ‘one of the few people in construction who is a good businessman, and also has a deep understanding of how to build things on site.

Added to this is his passion for how to do things better.

Perhaps it could be claimed that O’Rourke’s career is living proof that ‘Paddy’ can no longer be kept ‘behind the mixer’. 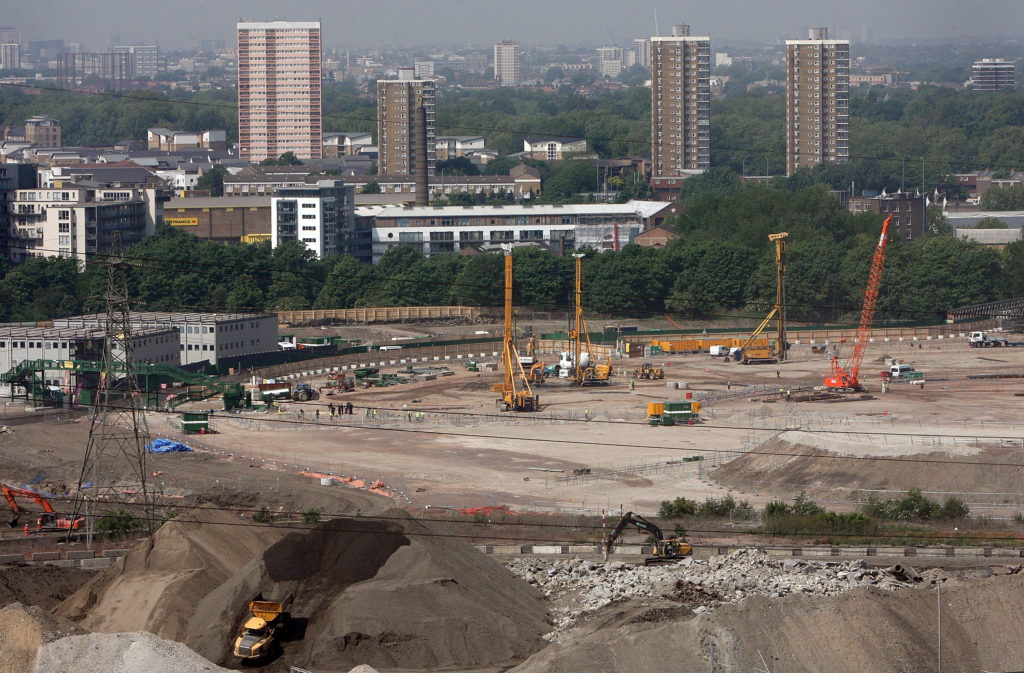 Construction work for the London Olympic Stadium began in May 2008, it was run by Sir Robert McAlpine Ltd in conjunction with architects Hok Sport and consulting engineers Buro Happold. (Photo by Cate Gillon/Getty Images)

In reality McAlpine are proud of their Irish associations.

On one occasion, when I was visiting their Hemel Hempstead HQ, the late Sir William McAlpine (‘Bill’ to his friends) caused consternation in his office by inviting me to join him in a verse or two of the classic Irish navvy song, ‘McAlpine’s Fusiliers’.

In fact, he knew it better than I did, correctly insisting that my standard Dubliners/Dominic Behan rendition was just a re-worked version of a much older song!

I asked him to assess the significance of Irish labour. This was his response: "The success of the British construction industry owes a great deal to the Irish; their contribution to the development of this industry has been immeasurable."

For over one hundred of the firm’s one hundred and fifty years thousands of Irish workers have been ‘McAlpine’s Men’.

Today that relationship continues, albeit with fewer numbers, but higher up the food chain.

In terms of corporate longevity, the firm itself remains preeminent.