IRISH celebrity chef Adrian Martin reopens his debut restaurant Wildflower in London this weekend following its closure due to the Covid-19 pandemic.

The new venue – a fine dining experience located in an upcycled shipping container - opened for a soft launch in March 2020 but was forced to close before its official opening due to lockdown restrictions across Britain.

But as of July 18, 2020, Wildflower by Adrian Martin will be open once more, located in Camden High Street’s new eco market, Buck Street. 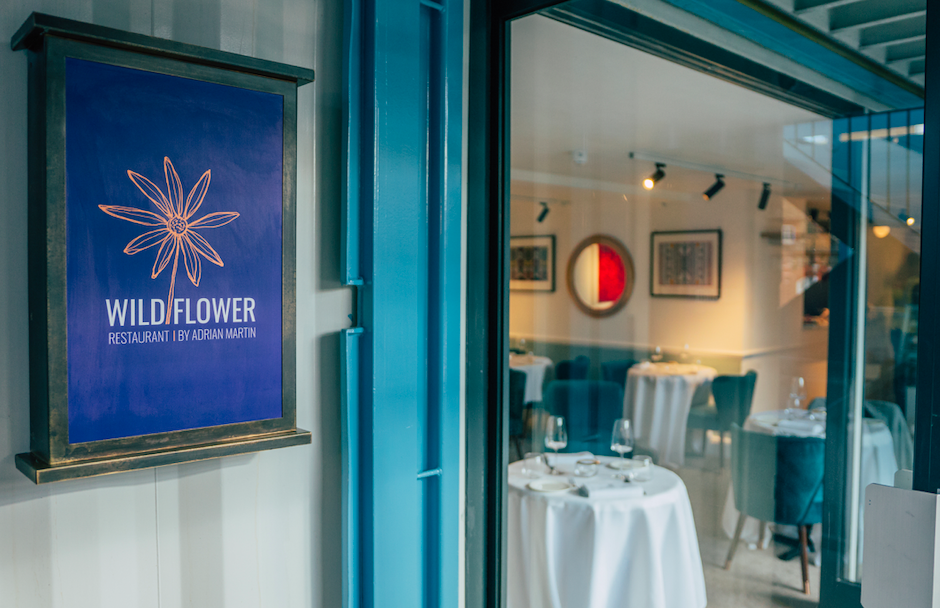 Wildflower by Adrian Martin reopens this weekend in Camden

Making the most of top-quality produce from his home country, the restaurant marks the London debut from 28-year-old Martin, who hails from Co. Cavan.

It is also Camden High Street’s only fine dining restaurant, and the first in London inside a shipping container.

With just 30 covers – reduced to 10 for the current regulations and safety measures - Wildflower is an intimate space, sandwiched between street food vendors and independent retailers in the heart of Buck Street Market.

The seasonally driven tasting menus are inspired by Adrian’s Irish heritage, utilising produce from his home county, as well as more locally sourced and sustainable produce, with every dish championing a foraged ingredient.

Talking to The Irish Post ahead of the relaunch, Martin told us more about the venture and what we can expect from Wildflower...

You have a busy career in Ireland, what drew you to London?

Camden. I fell in love with it as a kid. I used to drag my friends here when we came to London. We’d always head to Camden Market and eat street food, like the Bang Bang chicken you get here. It has a special place in my heart, and there’s no fine dining here at all so I wanted to be the first to bring it to the area. It’s a bit of a risk, but if it pays off we’ll be bringing Camden a whole new dining experience and we’ll be doing something original, which I’m proud of. There is also a great Irish community in Camden which is an added bonus. It feels like a home from home.

So, what can we expect from Wildflower?

Expect to explore! When we’re up and running and everything’s in motion, we will be able to explore food on new levels, introducing more and more of our sustainable eating focus as we grow as a team.

What brought you to this point in your career?

I was raised in county Cavan and started cooking from a fairly young age. I suppose I had a traditional upbringing, and, because of my love for cooking, went on to study culinary arts in Killybegs. I was then lucky enough to work in some pretty good kitchens in and around Ireland including Bon Appetite in Malahide and MacNean House. I have published two cookbooks, one of which (Fakeaway) was Ireland’s best-selling - I was only 25 at the time so I’m quite proud of that I suppose. I’m an ambassador for the charity Cystic Fibrosis Ireland too.

Does your Irish heritage influence your work?

My parents always encouraged us to think about food from a young age and I always refer back to where I’m from in my cooking. At Wildflower we use lots of Irish suppliers that I grew up with, for instance chickens from Manor Farm – a supplier really close to my home in Cavan. All our beef is Irish too and our oysters are Carlingford, so not too far off. But most importantly, I use Irish dairy. Irish butter is the best in the world. It’s creaminess, consistency and flavour are second to none. Irish cuisine also has a surprising number of seaweed-based dishes, so we’ll be doing quite a cool seaweed salad on the menu. 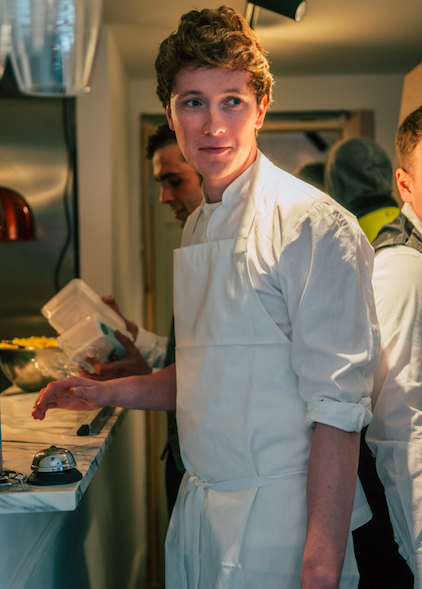 How would you describe your style of cooking?

Relaxed. I cook food that doesn’t require a high volume of complicated elements to make it special - just good ingredients, cooked well. At Wildflower we’ll use a lot of French contemporary techniques, each dish has two to three elements and lets the produce sing. For instance, on our scallop dish we’ll use sweet Irish scallops with foraged Alexander’s root – a cross between a swede and celeriac – which brings a bit of bitterness to the sweet scallop.

Who are you influenced by professionally?

Chef Richard Corrigan, and his simple, classic cooking. He lets the ingredients do the work and the talking. His ethos is really similar to mine and what we’re doing at Wildflower. Also my mum and dad: both are crazy about food and taught us how to handle it from a young age. From how to look after chickens for eggs and how to grow your own vegetables and even make our own wine.

Will you split your time between Ireland and London now?

As Wildflower gets up and running I’ll be spending most of my time in London, but be going up to Dublin occasionally too. I do a lot of work up there, and my girlfriend lives there. Wildflower is in such good hands and I’m thrilled with the team we’ve got on board who’ve come from some of the world’s best restaurants: Reuben, Wildflower’s fantastic head chef, has worked in the kitchens of Mugaritz and Ramsay’s Petrus so a real fine dining aficionado! Elizabeth Alvarez, our head front of house has worked with the Roca brothers, and Matteo, our GM at the exceptional Tickets in Barcelona. 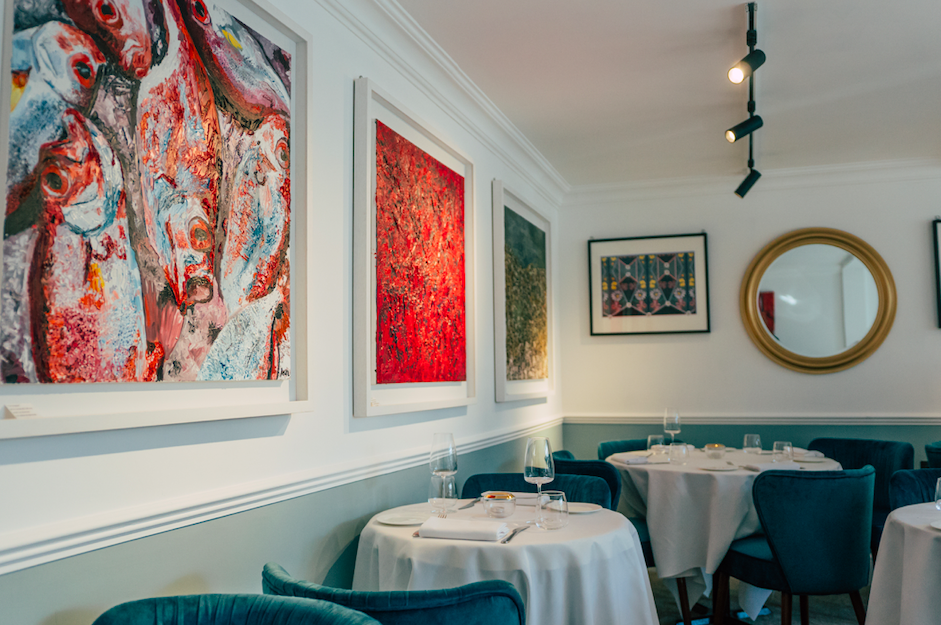 Wildflower is located in an upcycled shipping container

Just how do you go about opening a fine dining restaurant in a shipping container?

Our first look at ‘the venue’ was a trip to a field just outside London, with a load of abandoned rusty shipping containers with the sides broken off. It was honestly really hard to see how we were going to turn them into the home for our vision. Anyway, imagination is a blessing and we picked two containers which we welded together to form the shell of Wildflower. The hardest challenges we found in making a fine dining restaurant out of a 603sq ft container were, naturally: space, plumbing, electrics and making it leak proof.

Living life to the full – London's Irish Pensioners at Christmas