AFTER taking her first drink at the age of 20, Irish woman Mary is now sober after losing a decade of her life to alcohol and mental health issues. As part of a big Irish family from Mayo and Galway, her life first began to spiral out of control following the death of her mother in 1995. In 2008, thanks to support from Leeds Irish Health & Homes, she took her last drink and the 45-year-old has now got her life back. She has changed her appearance, gone back to college and is volunteering with the organisation that helped save her. She now wants to reach out to others and has shared her inspiring story to give hope to those who might be struggling in life.

I DISCOVERED that I was feeling very low and depressed by the age of only 15, and didn’t know much about mental health at the time so tackling all the confusing emotions was extremely hard.

I come from an Irish family, my mother was from Galway and father from Belmullet, and I have three brothers and one sister.

When I was younger I often knew that something wasn’t right in my life, I struggled with confidence and felt distanced from most people around me.

At the age of 17, I got into a relationship, at first things were great although I was still lacking so much confidence in myself, I felt happy at his time. Then as time passed I was falling back into my old ways of feeling very low and having no confidence and really starting to feel unwell.

I was locking myself away for a couple of weeks at a time. I was making excuses and was not able to go into work, I just felt so low. I didn’t really have any understanding of mental health and just felt lost and worthless and had no interest in anything what so ever.

I started drinking alcohol at the age of 20 up until this point I didn’t like alcohol, I then started to go to the pubs with friends and began drinking larger and this became a regular thing and helped me block out how I was feeling.

This worked for a short period of time. It then became a regular thing; I then started buying alcohol from the shops whenever I could.

I felt that by drinking it was just an escape. It gave me false confidence to be able to speak to people and feel almost normal. 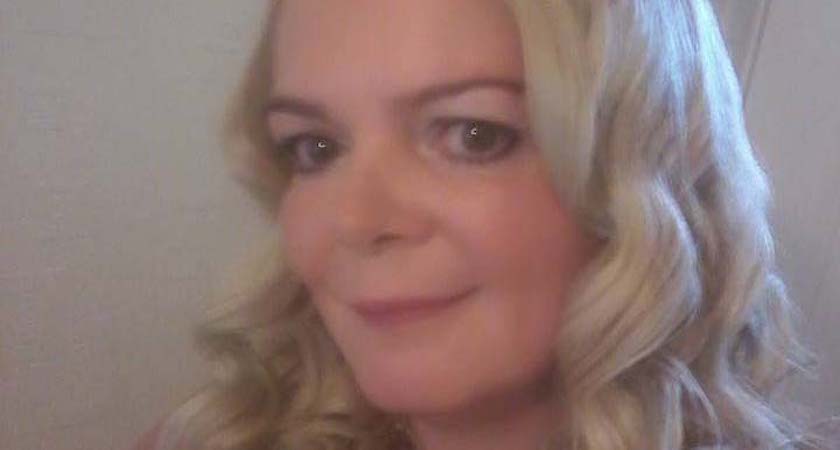 1995 was an extremely hard year for me, my mother passed, I felt devastated, grief stricken and lost, however from 1997 and 1998 I went on to have my own two beautiful children.

Continuing to mourn the loss of my mother I found myself drinking excessively, everything seemed to have escalated, the need to numb the pain, my confidence had gone, and drinking more at home and not wanting to speak to anyone.

This then hugely affected my relationship with both my children and my partner. This resulted in my partner taking the children away I was deverstated and just didn’t know what to do.

I managed to get my children back from my ex partner, and we were happy for a while living in my old property, but then in 2001, I began to really suffer with my mental health and I was placed under a section.

'I was in hospital for four months, it was such a frightening experience for me.'

I was in hospital for four months; it was such a frightening experience for me. When I returned home I felt okay, but I could feel myself over the months falling back into my old ways, as they had changed my medication and this was making me feel worse.

Then in 2004 I was placed under another section again, and this time it was much more traumatic as my ex-partner decided to take the children away and fight me for custody.

I felt so broken and had no hope, I just couldn’t see what was in front of me and felt I had no fight left in me.

Through many efforts I did try to re-build contact with my children, this had to be done via the courts to try and gain access, but this was unsuccessful. I decided to stop drinking in 2008.

I lost my father within this year so I needed to do something positive to become stronger, and to be able to cope and try and get my old self back again. I just didn’t know where I was.

In early 2007 I found an organisation called Leeds Irish Health & Homes they were understanding and supportive of my situation. They visited me in hospital and supported me when I returned home.

The support was absolutely fantastic; I had not received support like this before and couldn’t believe people were helping me.

Gradually my confidence began to grow, and I was then selected by them to attend a service user holiday back to Enniscrone in Ireland; it was such a wonderful experience it got me thinking a lot about myself, my life and my children.

It made me realise that I had lost 10-12 years of my life when I was so unwell. 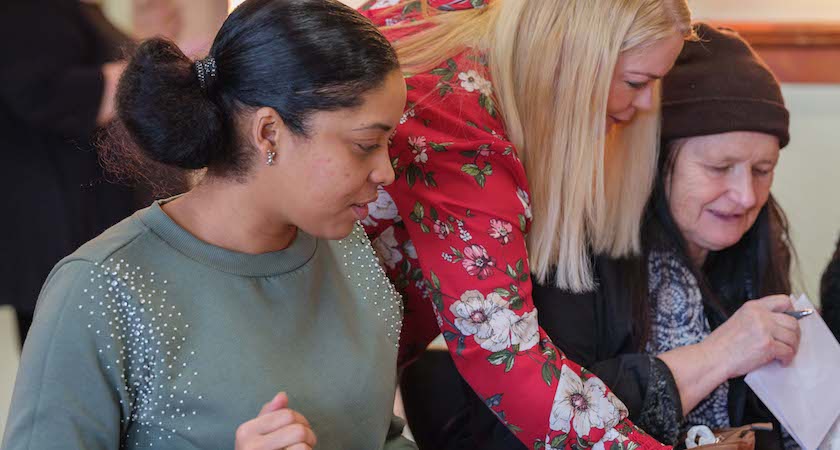 Mary is now a volunteer with Leeds Irish Health and Homes

I was now receiving weekly support from my worker at Leeds Irish Health & Homes which was invaluable to me, I was supported through the addiction services to address my dependency issues that led to my confidence increasing, having a better outlook towards my future.

I completely stopped drinking in 2008.

The support and contact from Leeds Irish Health & Homes was such a life line for me, it brought me back to myself, having the prospect of a better future with my family. I felt I had something to look forward to.

The support led me to me attending college to study English which I did.

'I can honestly say I have never felt happier, and just wanted to let people know out there that there is help out there for people suffering and don’t suffer in silence.'

And eventually I wanted to give back, what a better way than to become a volunteer. I decided to volunteer with Leeds Irish Health & Homes.

Becoming a volunteer and meeting new people was the turning point in my life, this led to my self-esteem and confidence improving all of the time, I have managed to re-connect with both my children and I have a lovely home and my little dog Max or Maxeen as I call him.

Since being involved with Leeds Irish Health & Homes I have made lasting relationships with friends, allowing me to get my life back, and having control.

I fought hard for my children throughout the tough times, especially when they were younger, I have been determined to regain some form of quality of life – and now?

Well I feel that I have achieved a lot with the continued support from Leeds Irish Health & Homes and the wonderful work that they do, without them at that particular time in my life I know things would have been a lot different”.

I can honestly say I have never felt happier, and just wanted to let people know out there that there is help out there for people suffering and don’t suffer in silence.

I am a perfect example that there is always light at the end of the tunnel and never to give up.

Colin Farrell admits he was once a 'pisshead druggie' as Irish star, 42, opens up about finding happiness with his kids