WE answer all your questions about the Child of Prague

So, the Child of Prague. What's all that about then?

The Child of Prague, or the Holy Infant Jesus of Prague as it likes to be called on formal occasions, has been a figure of veneration for the thick end of 500 years. For Irish people, it has been a particular object of devotion.

What, with people going out to Prague to worship?

Well, yeah, some people do make that pilgrimage. But until well into the 20th century almost every Catholic home in Ireland would have had a C of P statue. There’s a weather connection, you see. 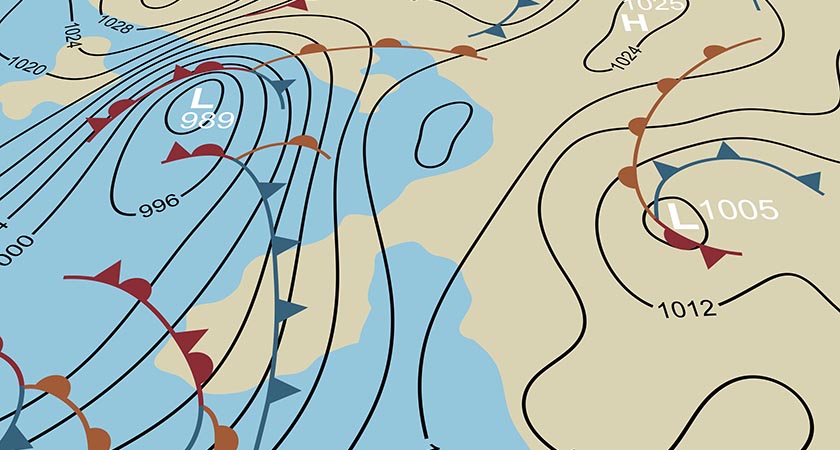 The Child of Prague is invoked to ensure it turns out nice for that special day. Picture: iStock

How come? Can it predict a deep depression moving in from the Atlantic, with prolonged rain spreading to most areas by the afternoon?

Actually, you’re closer than you think. The Child is believed to have a beneficial effect on the weather.

Er, hate to point this out, but it doesn’t seem to have worked too well. Ireland has been overcast since records began, in case you hadn’t noticed.

Aha, but that’s the point. We’ve plenty of fine soft days certainly. But you don’t want a fine soft day bucketing down on your wedding or your child's wedding. So the Child of Prague’s influence is invoked in the hope that it will block those frontal systems. Cue a sunny day for the nuptials.

And that does the trick?

Can do. But there’s more. An integral part of the custom is placing the statue outside the bride’s house, under a hedge or bush in the garden. 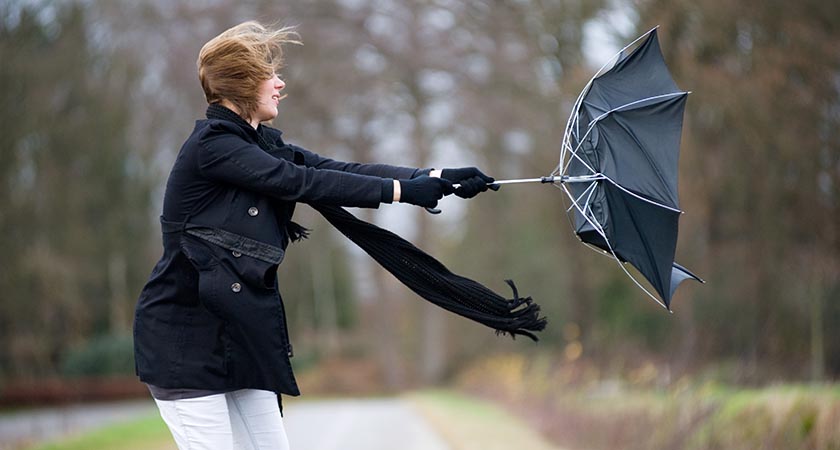 You don't really want a fine soft day for your wedding

Has this sort of thing been going on for long?

Certainly has, and even in today’s markedly less pious times few Irish Catholic weddings are complete without at least a nod in the direction of the Child of Prague.

Pierce Brosnan — the former 007 invoked the Child of Prague for his nuptials. Picture: Getty Images

But still and all, it would be pretty much a Culchie thing, no?

Mind your tongue! Navan-born actor and former Bond star Pierce Brosnan engaged the help of the Child of Prague for his wedding to Keely Shaye Smith. And there is no way that the sophisticated Brosnan could ever be called a Culchie.

So did he want his wedding day shaken and not soaked?

Very droll. What he said was: “We got married in Ballintubber Abbey and held the reception in Ashford Castle. It was August and I remember this old woman telling me we had to get a Child of Prague statue and put it outside the west corner of the building... So I staggered out after my night out with the lads and into the gardens of Ashford Castle. I found a hydrangea bush and put the statue in it.”

Just to finally put the Culchie accusation to bed, when the G8 summit was held at the Lough Erne resort, a statue of the Child was placed in the grounds so the world leaders could appreciate the pastoral beauty of Fermanagh without being drenched. 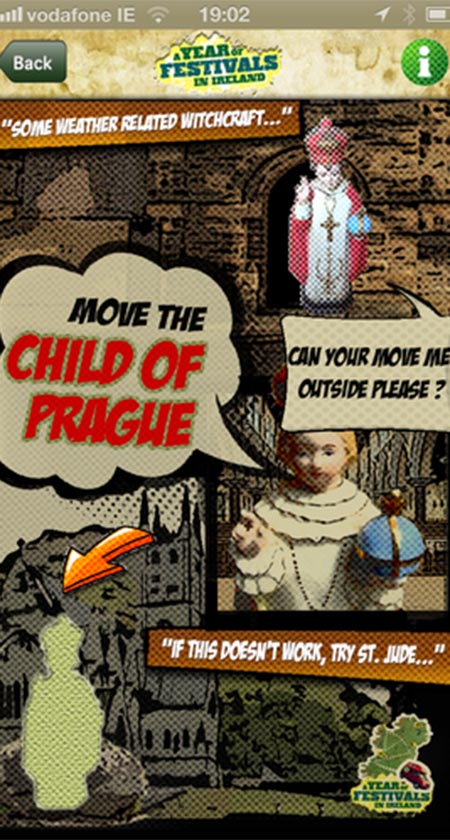 OK, we’ll agree it’s not Culchie. But neither is it exactly 21st century — I mean, you don’t really want to be going around saying, “Looks like bad weather for the big day. Better lob the ould statue outside.”

Maybe not, but in 2013 ‘A Year of Festivals in Ireland’ launched an app giving details of shindigs around the country. It came complete with a Child of Prague app which let you, on-screen, place the statue outside.

But, in reality as opposed to virtuality, don’t you risk damaging the statue by popping it out of the house?

So much the better, as it happens.

According to tradition the power of the statue is strongest if its head has been knocked off — but this has to happen accidentally.

In actual fact headlessness is an occupational hazard for plaster statutes, which are easily decapitated or turned into amputees.

In many a cleaner’s cupboard in Catholic Churches an armless St Aidan or legless St Patrick keeps silent communion with a similarly afflicted Child of Prague.

So what do you do if the blessings of the Child of Prague, headless or otherwise, don’t work and it’s cats and dogs on the big day?

Hmmm. If it’s hailing or raining heavily, a good trick is to get everyone to wear xylophones on their heads.

Always goes down a treat. Maybe not as spiritually uplifting, of course, but a right laugh.

Its exact historical origins are obscure, but devotion to the Child is believed to have begun in 1556 when Maria Manriquez de Lara brought the image of the infant to Bohemia (former name for Czech territory) from Spain on her marriage to local nobleman Vrasitlav of Pernstyn. It’s housed in the Carmelite Church of Our Lady Victorious in Prague.

Right then. How on earth did a statue from Spain, via a former Communist country, become so popular with Irish Catholics?

The Child was introduced to Ireland by the towering figure of Francis Moylan, Bishop of Cork in the 18th century — during Penal times. The image rapidly spread due to his influence, so much so that the British authorities and Commissioners of Education got very nervy about it. Some even feared a Jesuit plot and 'inquired long and searchingly' into its origins and popularity. Needless to say it was suppressed rigorously wherever found — the Brits wanted a Childless Ireland.