LOVING LISBON: A city of colour, culture and custardy treats

I have also experienced Fatima, the small Portugese town which is the site of a vast and hugely popular Catholic shrine due to an apparition of the Virgin Mary appearing to three local children there in 1916.

But until recently I had never visited Lisbon, the country’s stylish, vibrant and uber-colourful, coastal capital city.

I had heard good things from those who had, however, so when an opportunity to take a short break in the city, with the family, came up, I was quick to grab it.

When I say short, this was a two-night break, so it was going to be a snapshot tour of a city which I knew demanded more time even before I arrived.

And when I say family, I mean my husband and our toddlers, one who is two and a half and the other who is 18 months old – which meant we would need to find activities suitable for all ages.

Luckily, we found Lisbon had plenty to offer us all.

For me, the perfect foundation for any trip is the perfect hotel - especially with children.

And with a family suite at the Corinthia Hotel Lisbon as our base for the weekend we truly found ourselves in the best place possible. 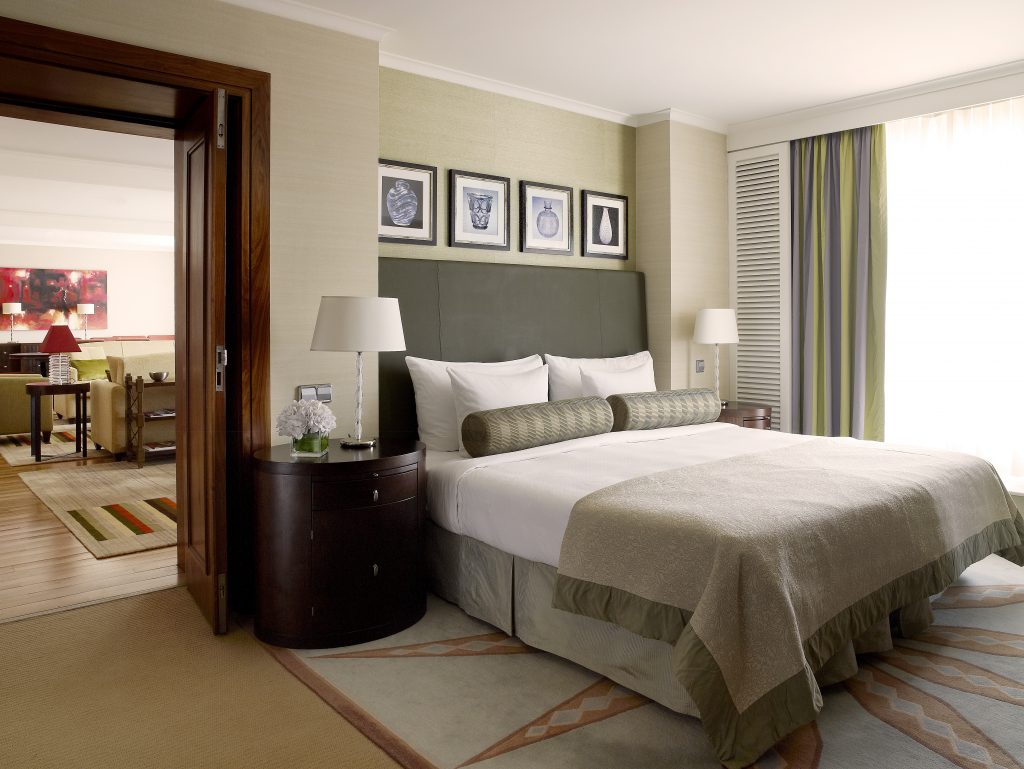 Family suites at the Corinthia Hotel Lisbon are comfortable and elegant

The staff at the hotel were fantastic, more than accommodating at every point of our stay – even from the moment we landed in Lisbon Airport, from where they arranged a transfer to the hotel for us.

This luxury venue is in a prime location for exploring the city too, being just a short taxi ride from the centre of town and a stone’s throw from Lisbon Zoo.

With an indoor heated pool, and a spa on site, you could easily busy yourself with relaxing there for the day if you didn’t feel like leaving the building.

We found time for a couple of visits to the pool during our stay, as well as a mummy/daughter pampering session at the spa, which consisted of a manicure and pedicure for me and a mini ‘Princess Mani/Pedi’ for my daughter, who, at two, has seemingly already begun to develop a taste for the finer things in life.

When not relaxing at the hotel, or enjoying the luxury of the Executive Club Sky Lounge on the 24th floor – which offered nibbles and drinks on tap all day, as well as an amazing view of the city below – we did make a fairly good effort to get around the city and sample its wares.

On our first day we spent the late afternoon and early evening touring Lisbon city centre – which is brimming with colour, interesting people and beautiful architecture. 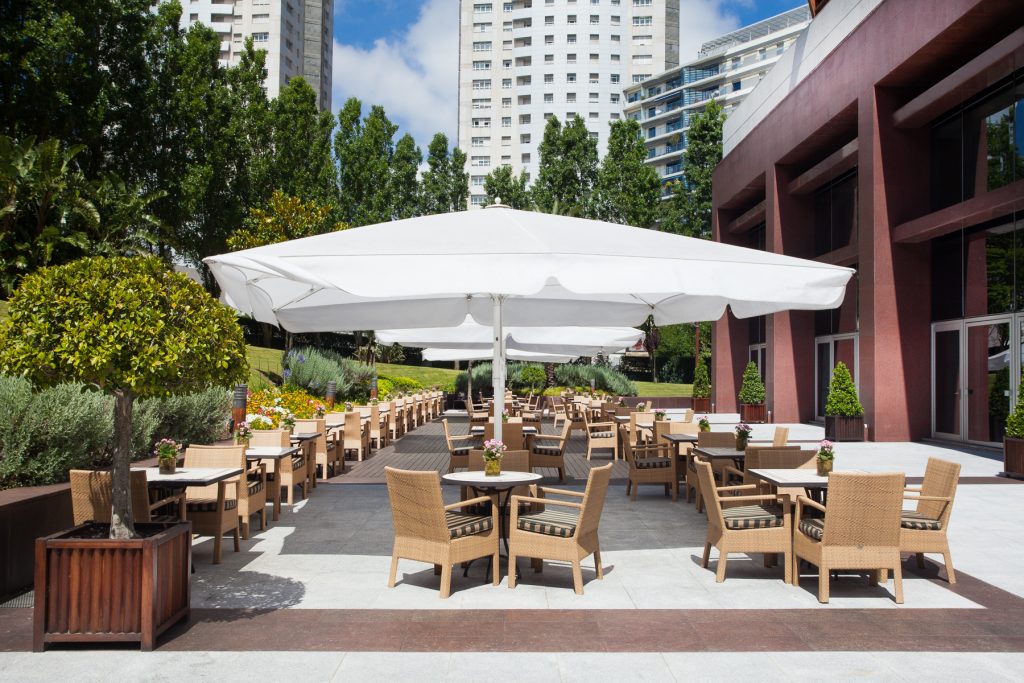 The hotel's inviting outdoor terrace is the perfect place to take breakfast, lunch or dinner

This is a city that is built on a series of hills, so you can cover a lot of distance without going very far at all, which is great when you’re exploring with just a short amount of time.

Its streets are an intriguing mix of old and new – where antiquated buildings, dressed in a range of pretty pastel colours, and cobbled streets host a range of trendy high street stores, modern restaurants and ice cream parlours.

It is bursting with culture too, with museums on every corner and the Castelo São Jorge easily found by walking the medieval streets of Lisbon's most ancient neighbourhood, Alfama.

With its orange walls, this ancient castle, which dates back to the ninth century, is visible from almost every street in the city, but is most impressive when seen up close.

Of course this is also a coastal city, so when you reach Praça do Comércio, or Commercial Square, you are immediately welcomed by the sight of the Tagus River, which runs along the border between Spain and Portugal and empties into the Atlantic Ocean at a point not far from the city. 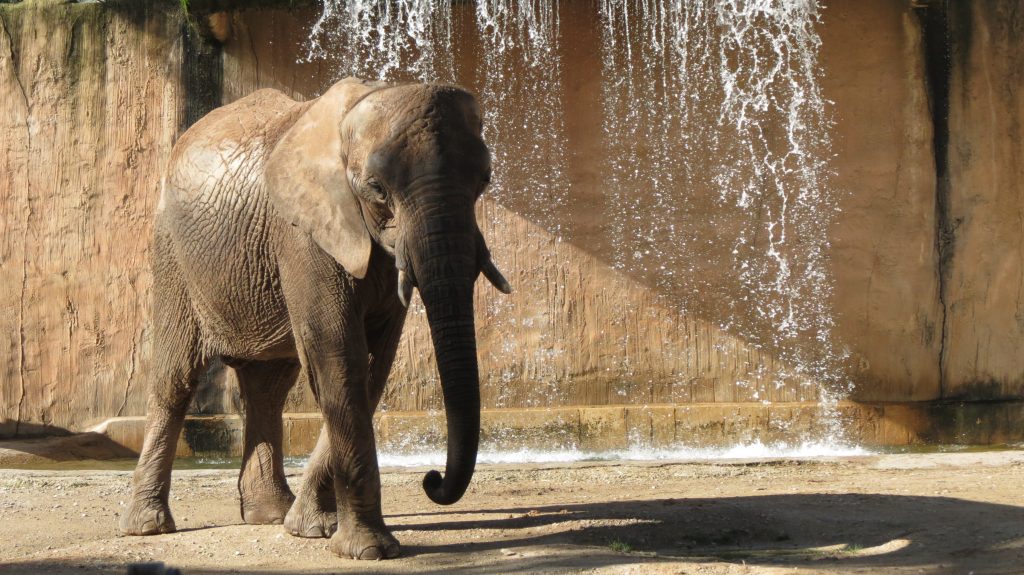 A trip to the zoo is a must

Also to be found in this area are vast open spaces – many of which are green and full of dog walkers, people enjoying the late winter sun and tourists taking the obligatory pictures.

For our needs, they provided plenty of room for our little ones to run around and let off some steam.

Conveniently the square also boasts many restaurants, with outdoor seating, which proved the perfect place to sample some local cuisine while indulging in a spot of people-watching and enjoying the sun on our face (it was February and the temperature was a balmy 17 degrees, compared to the freezing temperatures we had been experiencing in London at that time).

The children enjoyed exploring this historic town just as much as we did, although, admittedly, not as much as they enjoyed  the following day – which they largely spent among the animals of Lisbon Zoo.

The city’s zoo is an impressive affair.

It’s absolutely huge, to start with, and boasts animals from all corners of the globe, including Sumatra tigers, gorillas, elephants, camels and lions.

It even has dolphins.

But this is more than a place to view animals, as this zoo is heavily involved in conservation projects worldwide and has won awards for its enclosures, grounds and overall design and approach to its work.

It has an extensive educational programme and, through its conservation projects in the wild, works to protect animals, plants and habitats from extinction. 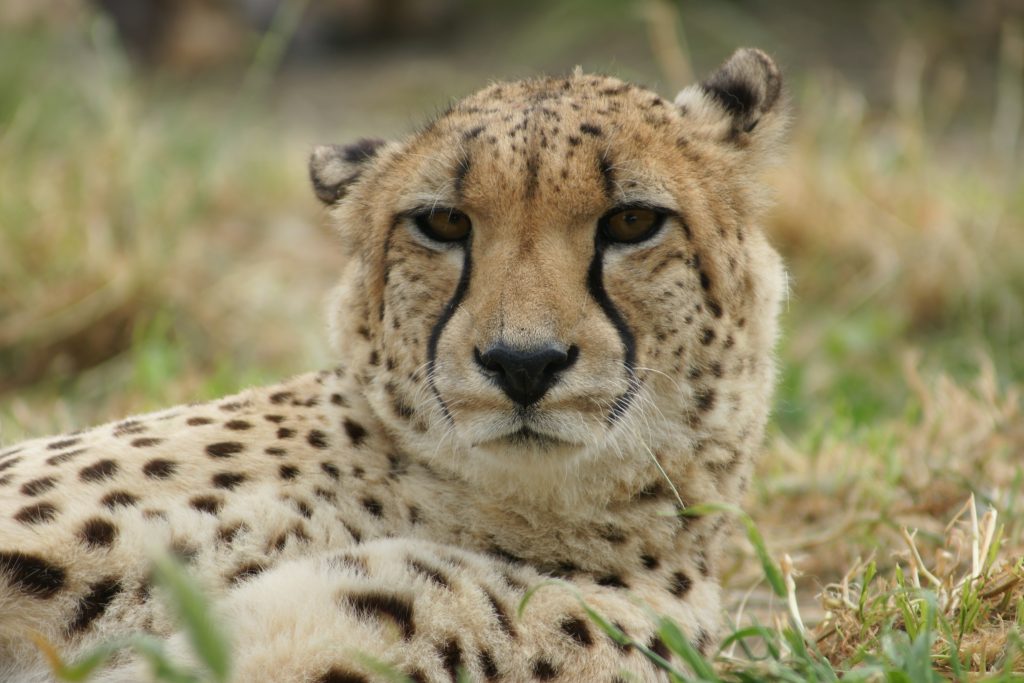 There is an impressive range of animals at Lisbon Zoo

The kids, of course, loved it. From the tigers to the monkeys, the dolphin display and everything in between, they were captivated by the experience from start to finish.

And, if I’m honest, I think my husband and I were too, as there was something special about this zoo – there were no bars, no cages, and plenty of wildlife which appeared well looked after and happy.  It was certainly a highlight of trip.

We rounded off our second day with a visit to the nearby town of Belém.

Equally as beautiful as central Lisbon, if less colourful of building, the district of Belém runs at a much slower space.

It has beautiful gardens, a huge historic monastery and the Belém Tower - or the Tower of St Vincent - which is a striking symbol of maritime Lisbon.

This Byzantine and Gothic tower stands out over the mouth of the Tagus, guarding the entrance to the city's harbour from the town of Belém.

Reached via a walkway raised out of the water on timbers, the tower is filled with intricate stonework and offers wide Atlantic views.

Belém is also the best place to get your hands on the Portuguese culinary favourite pastels de nata – their traditional custard tarts with a flaky pastry that are utterly moreish!

The pastels de nata at Pasteis de Belem are so revered that the centuries-old secret recipe has never been written down.

A mere three bakers have been entrusted with the recipe for these tarts, and according to a local source, they’re strictly forbidden from travelling in the same car or plane together.

The café/bakery which sells them in Belém is easily the most popular place in the town, as it had a queue winding down the street with people waiting to get in every time we passed it.

Even as we travelled home through Lisbon Airport the following day we could still see many people holding the unmissable blue and white paper bags bulging with baked goodies bought at Pasteis de Belem.

Of course you can indulge in these pastries from all manner of good bakeries across Lisbon – we even managed to grab a few extras to take home from the airport shop.

And as we enjoyed them with a cup of tea back home in London these tasty morsels brought us straight back to the memories of our Lisbon trip.

As city breaks go, this was short, but sweet and full of fun, culture and custardy treats.

Scottish man, 38, dies on dream holiday to celebrate completing his chemotherapy for cancer