IN ENGLAND I have an Irish accent, and that’s fine. In Ireland I have all sorts of accents.

In Dublin I have a Cork accent, in Cork I have a Cobh accent and in Cobh I have a Dublin accent. On and on it goes, this crazy cycle of me opening my mouth and getting placed.

My sister, who has lived in Cobh all her life, worries that I’m getting an ‘annoying American accent’.

This worry is based on a 2008 incident when I allegedly ordered ‘spurkling water’ in a restaurant.

Here in London, I’m flattered when people like my accent.There are so many different ones flying around, it’s nice to be singled out.

I’m partial to a Scottish accent myself, and when I hear a soft voice paired up with a Kenyan accent, I feel like a dog getting scratched behind the ears - I want to stretch out in a meadow with my tongue lolling while the person talks.

I suspect my own accent affects some people similarly. I’ve noticed them smiling and looking blissed out when I start talking, like I’m some kind of good witch pouring honey in their ears.

They’re not warming to me because of what I’m saying, things like, ‘Can you put more hot water in this please? I don’t want to pay for another tea’ Or ‘I can’t tell if this is gone off, can you taste it?’ It must be because of my accent. 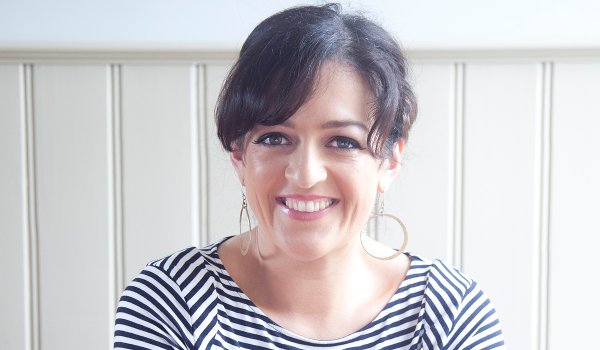 Some people even soften their own t’s and lilt a bit more as we talk, so I know I’m winning them over. I just can’t abide when they take it too far and start to sound bonkers.

Hearing your own accent mangled back to you by a stranger is never pleasant.

This happened to me recently when I went for dinner with a friend of mine and she brought along her friend, who we will call Peggy-Sue, because that’s a funny, clearly made-up name. Or is it?

Yes, in this case the girl’s actual name was Emma. Anyway, I sort of found Peggy-Sue’s presence annoying, because myself and my original pal couldn’t just chat freely.

We had to keep giving context and backstory – saying things like ‘I used to go out with him, you see, and I’m pretty sure that’s where I caught it’ and ‘no, the reason we don’t like her isn’t to do with her beautifully straight, shiny hair and great career, it’s more just this weird vibe that she thinks she’s great, you know?’

So that was annoying, but the cherry on the irritating cake was Peggy-Sue, born and bred in Kent, and looking at me like I was a charming little fairy and insisting on saying ‘Ah tis grand’ every few minutes.

That is something I’ve never said.

‘Ah ‘tis grand’ is a phrase I’m reserving for when I’m a stout grandmother, up to my elbows in soda bread and beta blockers, with nothing else to say.