On this day, 207 years ago, Ireland lost the mastermind behind the pint of the black shtuff.

(Okay, not so mere when you consider that in today's money that would be worth around £20,000, but considering Guinness is worth over 40 billion euro today, it's still pretty impressive.)

Arthur was left the money in his godfather's will at the age of 27, and a few years later opened up his first brewery in Leixlip, County Kildare.

If that name sounds familiar, that's because it's the address of one of Ireland's most popular tourist spots, the Guinness Storehouse-- 200 years later and still doing exceptionally well.

The Guinness Storehouse is one of Dublin's most popular tourist spots

But the legacy of Ireland's favourite drink prevailed past the entrepeneur's death in 1806-- you can get a pint of the black stuff all over the world, with an estimated 1.8 billion pints sold across the globe each year.

As the succesful event became an annual celebration, it became tradition that people would buy a pint of Guinness and stand in the street, where they would hold up the drink and shout 'To Arthur!' at 17:59pm, referencing the opening of the Guinness Brewery in the year 1759. 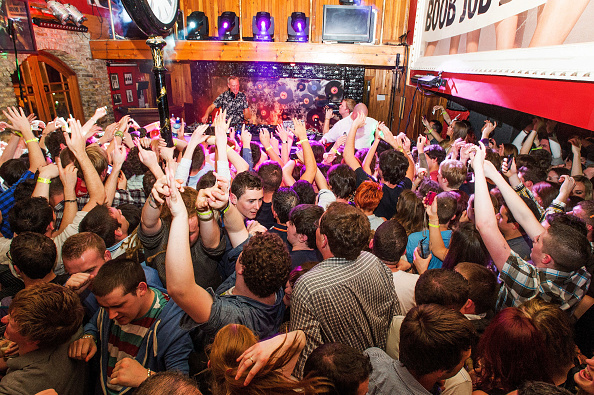