The mega-star appeared on Virgin Media's Six O'Clock Show to discuss her upcoming film The One and Only Ivan with hosts Martin King and Muireann O'Connell.

Appearing via video link, the 45-year-old spoke highly of Dublin actor Barry Keoghan, who is quickly making a name for himself overseas, having starred alongside Jolie in the upcoming film The Eternals.

Describing Keoghan as a "wonderful, talented and unique" person, Jolie said she was "honoured" to have been referred to as a mother-like figure by the young actor. 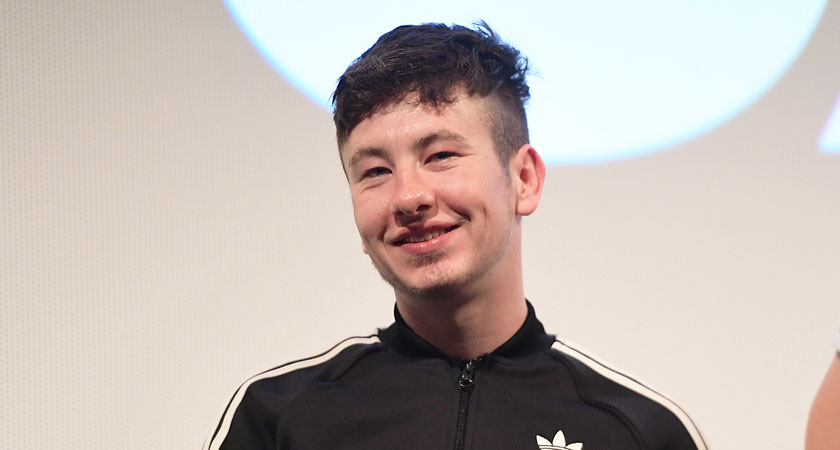 "He is wonderful! He is so talented.

"He’s very unique and that is a fun thing to see these days, when you meet somebody and you say, 'Well there are a lot of people that can do good work', but when strong unique personalities come forward and they have something you haven’t seen before, it’s really exciting.

"Its fun to see. I think highly of him."

"He's very unique, and that's a fun thing to see these days!"

Angelina Jolie chatted to us about her experience working with Irish actor @BarryKeoghan on The Eternals! 📽️🙌#SixVMTV pic.twitter.com/xxRsIHlaCR

While The Six O'Clock Show regularly hosts celebrities and high-profile public figures, the appearance of arguably one of the most famous women in the world had Irish audiences a bit flabbergasted.

Some took to Twitter to point out the absurdity of Jolie's appearance, with one person writing: "I what universe is the weather man talking to Angelina Jolie on Irish TV?"

"Just when you thought things couldn't get crazier, Angelina Jolie appears to have been on *triple checks notes* the Sick O'Clock Show on Virgin Media One," another wrote in disbelief.

Jolie's upcoming film The One and Only Ivan is hitting Disney+ on 21 August, and after that surprise interview we reckon there'll be a good Irish audience for it.