Jozsef Szajer, who has regularly campaigned against LGBT freedoms, was spotted fleeing the party, which took place above a bar in the Belgian capital of Brussels on Friday.

He reportedly had "bloody hands" after picking up a suspected injury while trying to escape, and police later found drugs in his backpack, according to La Derniere Heure.

"We interrupted a gang-bang," local police said, after confirming they found 20 naked men inside the party.

Szajer, who has a wife and a daughter, resigned from his post on Sunday.

The 59-year-old, who represented Hungarian Prime Minister Viktor Obran in European Parliament, has actively fought against LGBT causes and even drafted changes to the Hungarian constitution which emphasised the definition of marriage as between a man and a woman. 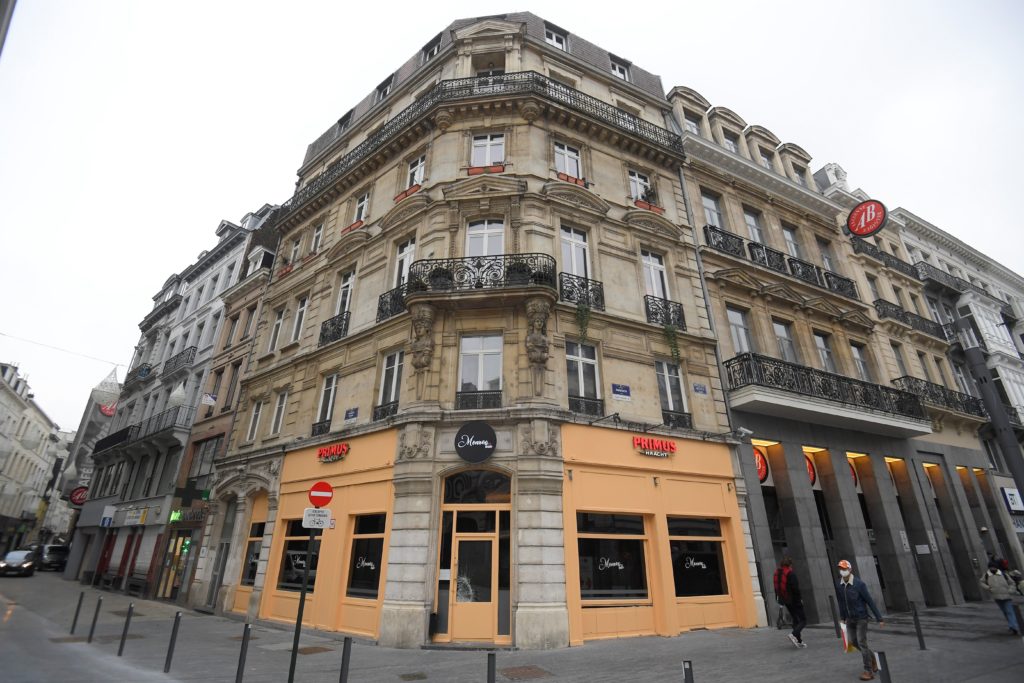 A picture taken on December 2, 2020 in Brussels shows a view of the "Monroe Bar", where a conservative Hungarian MEP and close ally of Prime Minister was caught by Belgian police fleeing a lockdown-busting party on November 27, 2020.

"A newspaper article appeared in the Belgian press today about a house party in Brussels on Friday, which I attended," he said in a statement.

"After the police asked for my identity, since I did not have my ID on me, I declared that I was an MEP (Member of European Parliament).

"The police continued the process and finally issued an official verbal warning and transported me home.

"I did not use drugs. I offered to the police to take an instant test, but they did not do it.

"Police said an ecstasy pill was found. It's not mine, I don't know who placed it and how. I made a statement to the police about this.

"I deeply regret violating the Covid restrictions - it was irresponsible on my part. I am ready to pay the fine that occurs.

"With my resignation on Sunday, I drew the political and personal consequences.

"I apologise to my family, to my colleagues, to my voters. I ask them to evaluate my misstep against a background of 30 years of devoted and hard work."