WALLY THE Walrus has returned to Irish waters and is making waves-- excuse the pun-- wherever the goes.

First spotted off the coast of Cork in March of this year, the Arctic Walrus made his way on to the United Kingdom and then Sicily before turning back in search of colder waters.

Now the giant creature-- dubbed Wally-- is back in Ireland, possibly to make his way back home, and has proved a huge hit with animal charities and the general public alike, although his visit has not come without certain problems.

As a semi-aquatic creature, walruses must take frequent breaks and come up for air when swimming, and as a result the walrus has clambered onto boats and ribs, which can damage property and puts Wally's own health at risk.

These problems were reported in the UK and further afield, so now that Wally is back in Ireland-- most recently spotted in West Cork-- Seal Rescue Ireland have launched an appeal for any unused boats, ribs or pontoons to be donated as Wally's own personal resting spot. 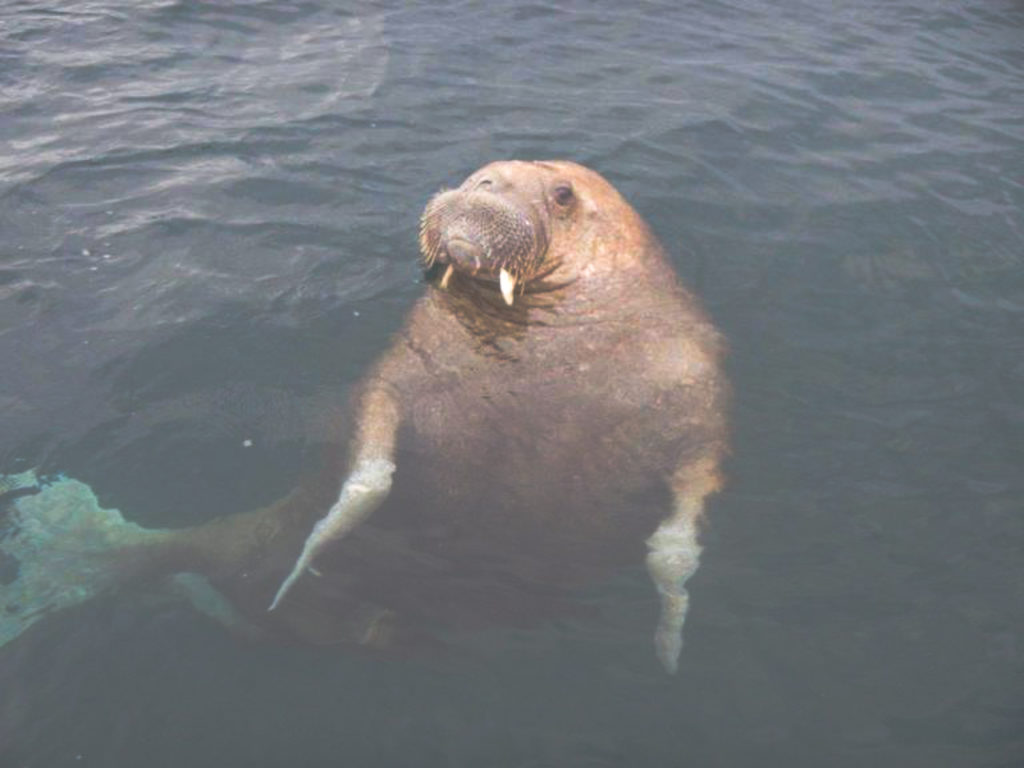 In a public appeal, Seal Rescue Ireland revealed that this method of donating ribs and pontoons for the walrus to rest on without damaging any private property was used by the British Divers Marine Life Rescue while Wally was in the Isles of Siciliy and proved successful, "so we are learning from what has worked in the past!".

"Therefore we are making an appeal for the DONATION OF AN UNUSED RIB (no engine necessary!) or a large pontoon, which can be used as a designated site for him to haul out on and have a rest", the spokesperson wrote.

The charity also repeated their requests for the public to take great care if they are lucky enough to spot the walrus, not to disturb it and to take any photographs from far away with a zoom lens if possible.

"Please avoid approaching him within 100m (this includes boats, kayaks, swimming or on foot). This is a sensitive species that is easily disturbed and he must be able to rest for his long journey back to Arctic waters," they wrote.

"Please resist the urge to share his exact location publicly until there is a system in place for him to be monitored throughout the day, with a safe, designated haul-out site for him to rest on undisturbed.

"Report sightings to SRI's 24/7 Hotline at: 087 195 5393 so we can track his whereabouts and assist him by keeping him safe while he visits Irish waters."

You can keep up with Wally's Irish adventures on the Seal Rescue Ireland Facebook page.

Wally the Walrus: Giant arctic walrus living in Irish waters is 'injured and stressed' as boats and tourists get too close