Survivors of institutional abuse marched to the Dail this morning. They departed from the Pro Cathedral where they hung up baby shoes on the railings to represent children who were abused. the organisers of this protest say its aim iss to drive home the need for justice and compensation for those who were abused and illegally imprisoned for non-existent crimes. Photo: Leon Farrell / Photocall Ireland

SURVIVORS of institutional abuse have expressed their fury at the Irish Government for its 'immoral' exclusion to certain survivors in a redress scheme.

The recommendation came in a 34 page report which suggested that the re-examining of the exclusion of 'unaccompanied children' from mother and baby homes and county homes from the redress scheme.

Children were considered 'unaccompanied' if they were resident in a home, county or otherwise, without their mother.

The unaccompanied children were situated in homes such as the Protestant Bethany Home, the Bessboro Home and Castlepollard Home.

The report said it is “clear that children who were resident” at the mother and baby homes under investigation “have a real cause for grievance” at being left out of any redress scheme.

It also says that children who were resident at these homes were in the same position as the children in industrial schools and orphanages covered by previous redress schemes.

While the report was given to Minister Katherine Zappone in September 2016, it was finally published yesterday as the Minister said the Government wanted to take account of it before finalising a view on the recommendation that a redress scheme should be re-opened to cover unaccompanied children.

"The Government has carefully examined the Commission’s recommendation regarding redress, and has concluded that it is not possible to implement it," she said.

The Minister also said that previous redress schemes have been "extremely costly" and said "targeted supports" in health and well-being in the future would make more sense.

The redress scheme cost an estimated €1.25billion compared to the originally forecasted cost of €250m.

"This," she said, "underlines the importance of good information on which to base estimates of likely costs of any future redress scheme." 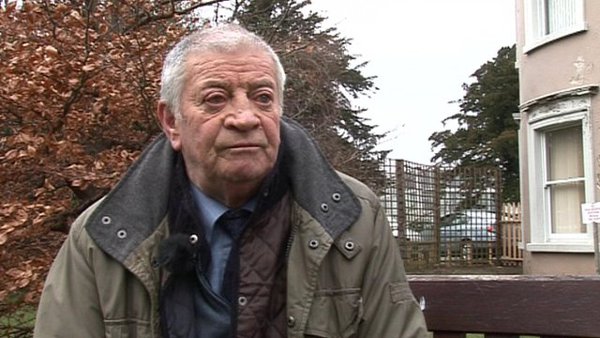 Derek Leinster, a survivor of the Bethany Home in Dublin which was excluded from the redress scheme, told The Irish Post that by not listening to the Commission's recommendation to include previously excluded survivors, Minister Zappone has "zapped" the expert panel.

"What was the point of the Government appointing an expert group that heard evidence from mother and baby home survivors and that carefully sifted through evidence, if they weren't going to listen to them?’ he said.

"Minister Zappone has zapped her own panel of experts. She did not listen to the evidence, she did not hear stories of abuse and neglect.

"She has betrayed the trust of survivors who put their faith in the Commission. Survivors took time out to tell their tale, only for the government to abuse their trust’, he added.

Mr Leinster said that at the age of four and a half months, he became a child of the State.

Therefore he and other Protestant home survivors should be entitled to redress, as in the case of the Bethany Home - if the State had inspected or regulated the home, then it was maintained as a State-run institution.

"The State became my mother and father when I was the age of four and a half months, they had the responsibility of me; no one else.

"The State of had a duty of care to any child that was placed in their care, therefore children in Protestant Bethany Homes were entitled to redress," he said.

"They're trying to make out that we [Bethany Home survivors] were a different ballgame but we weren't and we should have been dealt with long ago under the scheme," he said.

The Coalition of Mother and Baby Home Survivors (CMABS) said the refusal to offer redress to accompanied children by Minister Zappone is "cold-hearted."

"Minister Zappone's refusal is immoral, repulsive and cold hearted at this time when it is clear that all this refusal does is kick the can down the road while waiting for more and more elderly survivors to die.

"Clearly money means more to Minister Zappone and this Government than any sense of common decency or morality," they said.

"Their shameful decision to viciously refuse an apology and redress to an aging survivor community is a black mark on many of our politicians and Taoiseach Kenny, Minister Zappone and the Cabinet in particular; an immoral stain they will carry into the history books for all time," they added.

"It's a disgrace what has happened to a minority group, in our case the Church of Ireland which makes up one per cent of the population, because no one was speaking for us.

"Under international law, we should have had more protection than the majority group to make sure our rights were protected - they weren't.

"The State tried to tell me that the Bethany Home was a privately run maternity home, and that a week after the birth everyone went home together," Mr Leinster said.

"Of course that didn't happen - the mothers went home but the babies didn't."

Were you in a State-run institution and want to tell your story? Email Erica on [email protected] or send a letter to Erica Doyle Higgins, c/o The Irish Post, 88 Fenchurch Street, London, EC3M 4BY.